The second week of EPL games brought us some entertaining action, with a total of 44 goals being scored league-wide, the most ever in a single match week.

We learnt a few extra things after all the games concluded. Here are my takeaways.

Everton 5-2 West Brom
Everton continue their hot start after putting on a scintillating display against West Bromwich Albion. The Toffees kept bombarding West Brom’s defence as four of their goals came from balls being whipped into the box.

Kieran Gibbs being sent off didn’t help West Brom, but Everton showcased the talent they have, which could do some damage. Dominic Calvert-Lewin had a hat-trick, with James Rodriguez and Michael Keane joining the scorer’s sheet. Richarlison also starred with three assists highlighting the potency of Everton’s front three.

As the chemistry continues to develop, Carlo Ancelotti could have a dangerous side on his hands. 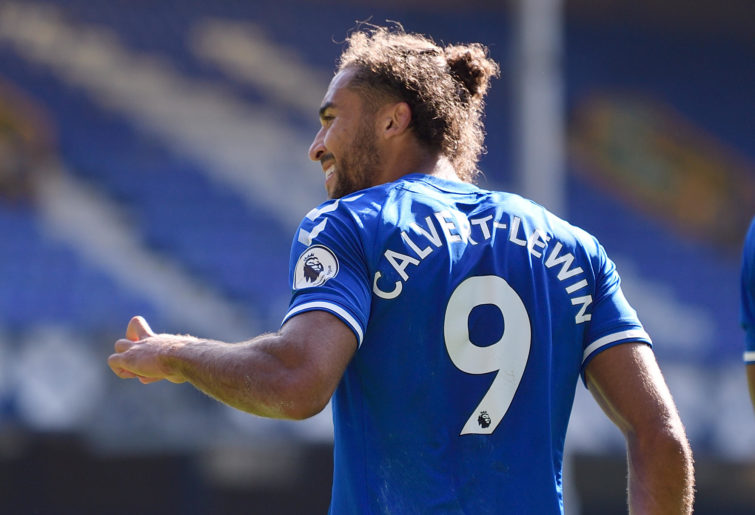 Leeds 4-3 Fulham
Leeds was involved in another 4-3 scoreline; however, they managed to come out with the three points the second time around. The battle of the newly promoted teams saw a lack of defence but made for an entertaining game. Both teams were able to exploit open spaces and gaps which created many open play opportunities.

As we saw against Liverpool, Leeds are not afraid to be aggressive and get numbers forward. With their attacking play style, they can continue to pour in goals, and it may be their route to success this season.

Manchester Utd 1-3 Crystal Palace
Crystal Palace was able to back up their win against Southampton by stunning Man United at Old Trafford. Wilfried Zaha was the star yet again with his two goals, putting the Red Devils to the death.

The wings for Palace in Jeffrey Schlupp and Andros Townsend were influential again, while Jordan Ayew and Zaha had caused problems down the middle for United’s defence. It’s clear that Manchester United’s defence is not where it needs to be, but it doesn’t seem like there will be reinforcements to assist it.

There was some drama when David de Gea had supposedly gone off his goal line too soon when he saved an initial penalty kick from Ayew. As a result, Zaha retook the penalty, which he converted.

Donny van de Beek also scored a goal on debut coming off the bench and United will be hoping he can be a crucial player for them going forward.

Arsenal 2-1 West Ham
Arsenal was able to fend off West Ham after they had a minor scare during the game. It took an 85th-minute winner from Eddie Nketiah to put the Hammers away. The man he replaced in Lacazette also scored his second goal while Michail Antonio scored the lone goal for West Ham.

For Arsenal fans, it wouldn’t have been the prettiest performance, especially compared to the opener against Fulham. Having Kieran Tierney unavailable may have affected the team somewhat.

Ultimately Arsenal should be satisfied that they came away with three points. They now have a tough task ahead as they go to Anfield to challenge the defending champions.

Southampton 2-5 Spurs
Tottenham needed to bounce back in a major way, and they did thanks to Heung-Min Son and Harry Kane. They had an incredible partnership against the Saints, with Kane assisting all four of Son’s goals. Kane was then rewarded with a goal of his own towards end of the game.

Many people associate Kane as a one-dimensional striker who has amazing finishing abilities. However, he has certainly developed his passing game over the years, and his ability to make the right plays and passes is an element that can no longer be ignored. At times it seems like he becomes an attacking midfielder for Spurs.

It was nerve-racking first half for Tottenham as Danny Ings scored first until a Son goal came in stoppage time in the first half. It changed the complexion of the game. Spurs came out a different team in the second half and killed Southampton off.

There are still many things to work on defensively for Spurs, but for now, with Gareth Bale joining the ranks, the football in attack should be beautiful to watch.

Newcastle 0-3 Brighton
Brighton had a decent performance against Chelsea and continued their ways against Newcastle. This time they were rewarded for their efforts.

The Seagulls pounced on Newcastle early as Neal Maupay dispatched two goals in the first seven minutes of the game. Ultimately Aaron Connolly sealed the game with a goal in the 83rd minute.

Newcastle never threatened the Brighton defence as goalkeeper Mat Ryan wasn’t required to make any saves. Callum Wilson had a major chance in the second half to convert a header but failed to do so. It was a very disappointing performance for Newcastle.

Chelsea 0-2 Liverpool
Nothing went right for Chelsea in this game. Liverpool dominated. Looking at the numbers, Liverpool had 61 per cent possession and also had 11 corners to Chelsea’s one.

It was a horrible night for Chelsea, which escalated when Andreas Christensen committed a rugby-like tackle on Sadio Mane that resulted in the defender being sent off.

A lot of the spotlight has been on Chelsea goalkeeper Kepa Arrizabalaga as he continues to blunder. Early in the first half he rushed out and committed to a ball he did not win and was saved fortunately by his defenders preventing a goal. He also contributed to Mane’s second goal after failing to clear the ball, hitting Mane in the process.

To make matters worse, Chelsea were gifted a penalty in the second half that Jorginho failed to convert. It was only the second penalty miss of his career.

Overall Liverpool were too good yet again, and Chelsea needs to sort out their defence and goalkeeping situation.

Leicester 4-2 Burnley
Leicester triumphed over Burnley, who managed to score four goals. However, there was one surprising aspect: none of the goals involved Jamie Vardy.

It was Burnley top scorer Chris Wood who opened the account by scoring first in the game. Leicester would then respond with three straight goals to lead the remainder of the game.

One thing noticeable was that Leicester supported Vardy going forward. Playing a 4-1-4-1 formation, James Justin and Timothy Castagne advanced quite far and contributed to many of their goals.

If Leicester can get production for goals outside of Vardy, that could be key to the Foxes being in the top four.

Aston Villa 1-0 Sheffield United
In the lowest-scoring game of the week, Aston Villa held of Sheffield United to take the three points. Aston Villa controlled the game with 72 per cent possession and ten corners to Sheffield’s four. Ezri Konsa broke the deadlock in the 63rd, scoring off a header coming from a corner.

Sheffield didn’t have a great start, as at 12 minutes centre back John Egan was sent off for denying a potential scoring opportunity to Ollie Watkins. To add salt into the wound John Lundstram failed to capitalise on a penalty, and they now become the only team without a goal scored.

Sheffield had always struggled offensively but last season their calling card was their defence. With Dean Henderson returning to Manchester United, it might have impacted their defence to a degree.

Kevin de Bruyne was threatening multiple times to score in the first half and was rewarded with a penalty which he dispatched. Phil Foden also had an empty net to aim at, with some great passing and a nice set-up from Raheem Sterling.

Wolves certainly fought hard and were launching a siege in the second half thanks to Daniel Podence and Raul Jiminez. They ended up getting on the scoreboard but didn’t have enough firepower to take some points away.

Gabriel Jesus scored in stoppage time to seal the deal for Man City. Last year’s runners-up haven’t missed a beat and they made Wolves goalkeeper Rui Patricio work as he made six saves.

The president of Inter Milan, Steven Zhang, underlined the highs that Inter Milan reached last season despite being runners-up in the Europa League and finishing second in Serie A. Antonio Conte’s frequent bursts at the club hierarchy last year for not safeguarding the players against a hectic European schedule was somewhat eased by a dominant […]