By rights Maroons mentor Kevin Walters should have been all smiles after winger Feldt’s heroics in North Queensland’s 32-16 win at Suncorp Stadium on Thursday that relegated the Broncos to their maiden wooden spoon.

Feldt appeared to have locked in a Queensland debut with his hat-trick in the Cowboys’ season finale that kept him on top of the NRL try scorers’ list with an impressive haul of 19.

Instead Walters will be wondering what might have been after interim North Queensland coach Josh Hannay confirmed Feldt had made himself unavailable for Origin duty this year due to fitness concerns.

Feldt had been battling a groin injury but a depleted Maroons would have been forgiven for keeping their fingers crossed the Cowboys flyer would hold on for November’s Origin series – especially after seeing him in full flight on Thursday.

After locking up the scores at 12-12 with his first-half try, Feldt ensured a rare North Queensland victory when he combined with Scott Drinkwater to cross twice in seven minutes in the second stanza.

But Hannay said Feldt would not risk going into a maiden Origin series underdone and had already been booked to go under the knife post-season.

“He will have a couple of off-season surgeries,” Hannay said.

“He will be disappointed he has got himself to a point where he is knocking on the (Origin) door and there is probably a lack of depth for Queensland in the outside backs now.

“But the last thing he needs to do is play Origin at less than 100 per cent because it can find you out and you might only get one crack at it.”

Hannay believes the Cowboys’ future is bright as he prepares to vacate the chair for incoming coach Todd Payten in 2021.

The Cowboys completed the season with a 5-15 record ensuring they will finish in the bottom four for the third straight year.

Hannay admitted there was some hard work ahead for the team but is convinced the signs are good after fullback Valentine Holmes and playmaker Scott Drinkwater set up three tries each.

Hannay warned the best was to come from ex-Cronulla premiership winner Holmes who struggled to hit his straps in an injury-interrupted debut Cowboys season.

“(But) he has probably got rid of some rust. I have no doubt he will work really hard over the break to hit the ground running next year.” 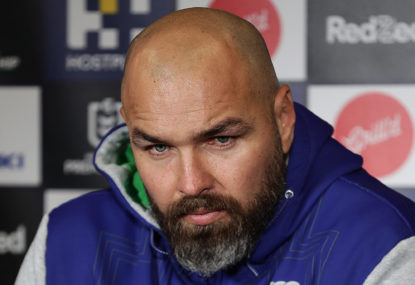 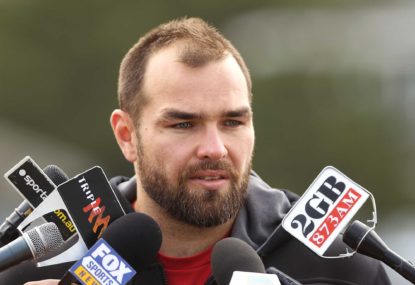