There are limited safe sedative medication options, so we always value non-pharmacological alternatives. One option has become increasingly effective for insomniacs. I ask them to watch a game of rugby union.

Rugby needs a mindset shift. Stop striving for elite professionalism. Accept that the game’s survival relies upon the fans. It must be packaged as a form of entertainment and compete in that space to attract casual sports fans.

I have watched the rugby match-day experience slide from the halcyon days of 108,000 people at Olympic Stadium to the current meek offerings. Here’s how to turn it around: 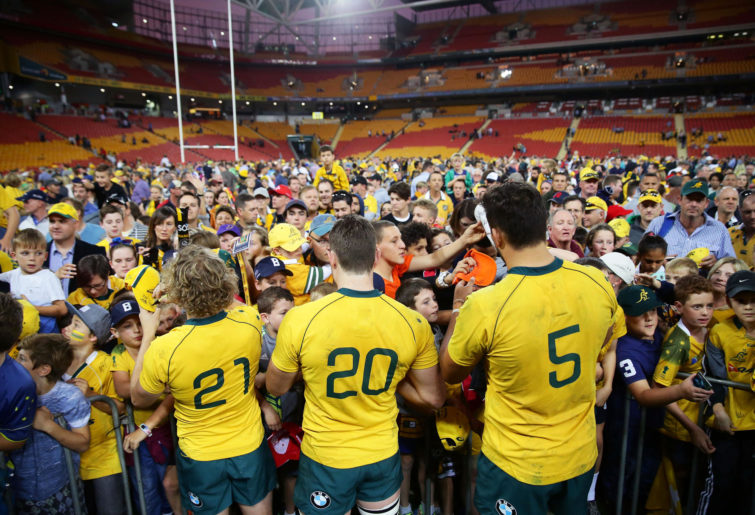 Media
Improve the access to players. Have cameras in the change room like the NRL or have post-game access to player interviews for TV hosts. I want to see the emotion from the coaches and players.

Cricket were pioneers in introducing technology to enhance the coverage – think Snicko, hot spot, ball tracker. Why not introduce a low-budget version, like having the player’s heart rate on screen? You could tell when they are nervous before a matchwinning conversion or whether they are working hard.

Rugby suffers from significant pauses in play with scrum resets and injuries. To combat this, have live tweets displayed on the bottom of the TV screen for commentators to engage with rather than simply padding.

Have cameras in multiple pubs across Australia broadcasting the rugby. When the Wallabies score a try the broadcaster can show the best reactions.

I’m so disappointed by Fox Sports’s lack of promotion and the cutting of their rugby media. Whoever broadcasts the game has an obligation to promote the product. Whoever Rugby Australia sells this package to, it must choose a network that will act in the code’s best interest rather than the highest bidder.

Get fans excited for the game. An example of an effective rugby promotion was the NRC ‘You don’t know me… yet’ campaign. I am optimistic with the recent Wallabies: Endgame trailer on YouTube that they are making steps in the right direction.

Rugby Australia
I want to be able to order a beer from my seat and not spend 15 minutes lining up and missing the action. In the USA they have staff carrying kegs on their back wandering through the crowd to sell beer. Let’s have event organisers and Rugby Australia troubleshoot this.

We must improve the match-day entertainment. Long gone is John Williamson singing on the sideline. There’s no pre-game or halftime entertainment.

It doesn’t have to big budget either. Options include:

During cricket game sin New Zealand they distribute a certain amount of bright orange sponsor T-shirts pre-game and if you catch a six, you receive a cash prize. Why not adapt this to rugby whereby if one catches a penalty or conversion kick and you’re wearing a T-shirt, you could win prize money?

They could have marquees around the stadium with classic Wallabies signing autographs or doing interviews. There should be games for kids, such as passing the rugby ball through a hole with small prizes. There should be video screens playing highlights of classic matches – foe example, George Gregan’s tackle or John Eales’s penalty.

I like rugby having marquee games like State of Origin. They could consider Matt To’omua’s Pasifika vs non-Pasifika game. I like themed rounds, like the Indigenous round. Hold a retro round during which all teams play in their state’s first kit. Perhaps one weekend all players can wear their club socks.

In the same way that the Sydney cricket Test reserves the third day for the McGrath Foundation, why don’t we attach one Super Rugby or Rugby Championship round to a charity?

Wallabies should play in Wallabies gold, not bright yellow or army green. Wallabies gold only. Fans don’t want to pay $170 for guernsey they’ll wear once a year to the match. Make them from cheaper fabric at affordable prices. I want to see a sea of Wallabies gold at matches with fans proud to wear it.

The All Blacks have the haka. The intimidatory Maori ceremonial dance is a respected tradition and adds to the theatre of the match-day experience. It’s an alluring spectacle that attracts the casual fan. I’d like to see a similar opportunity for Indigenous involvement as part of the Wallabies match build-up.

Adjuncts
Although the following ideas aren’t directly related to the match-day experience, I hope they would yield indirect benefits through increased participation and revenue. I really just wanted to say them.

Rugby should consider implementing a combine or draft-style system. You could structure it like the NBA. It would nicely complement Rugby Australia’s proposed television of schoolboy rugby. You could have a week-long camp testing sports biometrics.

It would generate community interest in the game at a grassroots level. It would also provide another broadcast opportunity for a mendicant union. Parochial protectionist unions will argue this disincentivises local academies, but you can weight the draft picks to favour local products.

Rugby Australia, coaches and the players association should strike the balance between performance and community engagement. I don’t believe players need to train five days a week. Sacrificing a training day to do a community coaching clinic would freshen them up.

Every passionate rugby fan has a treasured childhood memory of meeting a famous rugby player. Improving that connection with the community will get people choosing to spend the weekends at the rugby and improve crowd numbers.

Following the overhaul of the coaching set-up and the outgoing rugby administration we have been gifted an opportunity to start afresh. Let’s not waste this crisis.