So the first official stamp has been placed by Stacey Marinkovich as head coach of the Australian netball Diamonds team.

The 2020-21 Diamonds squad of 19 has been selected by Marinkovich and her national selection panel. There were of course names that were destined to be on the list based on their experience and form in the Super Netball season.

The most talked-about component leading in to the announcement was whether Marinkovich would select Diamonds captain Caitlin Bassett. With the pandemic stalling the start to the Super Netball season, along with the Giants team having Bassett out of favour and limiting her court time to virtually nil, Bassett has literally played no netball over the past 12 months.

Considering she was a walk-up starter, her fall from grace has been rather swift and surprising. Form and lack of confidence has crept into her game and she needs to find her mojo fast.

While much of the talk will be Bassett’s selection in the team, I do not have a problem with it. I ate my words back in 2015 when I made a comment on the selection of Nat Medhurst in the 2015 World Cup squad based on her form. She ultimately led the Diamonds through that campaign and her experience shone through to the Diamonds being crowned world champions.

Based on other selections of youth and inexperience, Bassett may prove influential in an attacking component that is untried.

The two surprises that will prove pivotal for Marinkovich will be through the mid court and wing defence component. 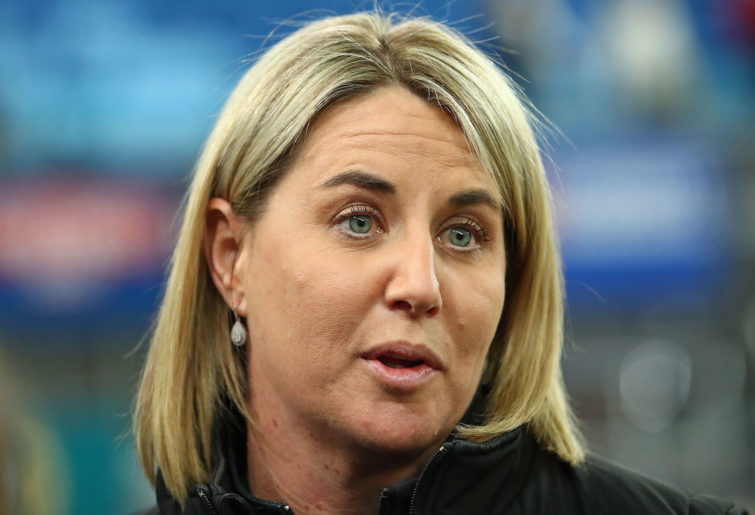 There is a real lack of depth in that wing defence position. While Gabi Simpson has been a terrific and long-serving Diamond, her inclusion is a shock through the netball fraternity. If you have watched even part of the Super Netball season, the most obvious talent is Amy Parmenter. She would be gutted and asking herself what more she has to do to break into this team. She is the standout wing defence and her snub is a shock.

The team is loaded with talent all through the centre and wing attack positions. Once again, the wing defence position is a gap in the line-up that goes against what Marinkovich stated last month. She said her team selection will be evolving around “building towards sustained success”. Does Marinkovich see Simpson in this line-up for the 2022 Commonwealth Games as well as the 2023 World Cup?

The selections of Verity Charles and Jess Anstiss are surprising and have taken away from having someone like Parmenter named. Both Charles and Anstiss, who play for the Fever and are coached by Marinkovich, have been selected but are surely not ahead of rival players.

Does Marinkovich see both Anstiss and Charles in the green and gold come 2023 World Cup selection? It is a no and other talents and experienced players are well ahead of them. For Charles, in her eighth season playing in the premier netball league, this is her first selection and a surprise at that.

The team is out of balance and added to the mix of interesting selections is the choice of Gretel Bueta. Currently pregnant and expecting her first child, there is a lot riding on her return post-birth. She is a talent and her game has stepped up considerably. Her inclusion if she is fit and ready will be welcomed with her dynamic game play and accurate shooting. I wonder if the same consideration was placed on injured star and gun wing defence Ash Brazill?

I know it is easy to sit behind the keyboard and judge what is a very difficult job but as a long-time netball fan, it is frustrating to see gaps in that wing defence position once again.

Marinkovich has set the tone for the Diamonds across the next two to three years with her selection. Former coach Lisa Alexander was exceptional at mixing experience and upcoming talent into the team two to three years prior to major competitions.

This move has set the tone and Marinkovich will be heavily judged on it. Teams like this take time to develop and gel together. Making last-minute changes prior to the Commonwealth Games and World Cup will be the only failings of the team.

The team is expected to begin training together after the Super Netball season. We will soon see if these selections are the right ones.