To that I add the newspaper columns of Dean Jones. They were my favourite part of the Sunday papers. Jones wrote so passionately it was as if he was shouting into your ear in a crowded bar. He critiqued batting, bowling, field placements, coaching, on-field tactics and individual player capability. Jones as a cricket writer was fearless. He expressed views straight from the heart. He got it right nearly every time.

His playing achievements and media position lead me to advocate for a Dean Jones Cup. Jones passed away from a heart attack and this won’t be the last time someone comments on how he was taken at such a young age. But his loss presents us with the possibility of linking, say, a Sheffield Shield match to the Heart Foundation. This provides an opportunity to generate publicity that reminds people of the importance of heart health and check-ups. 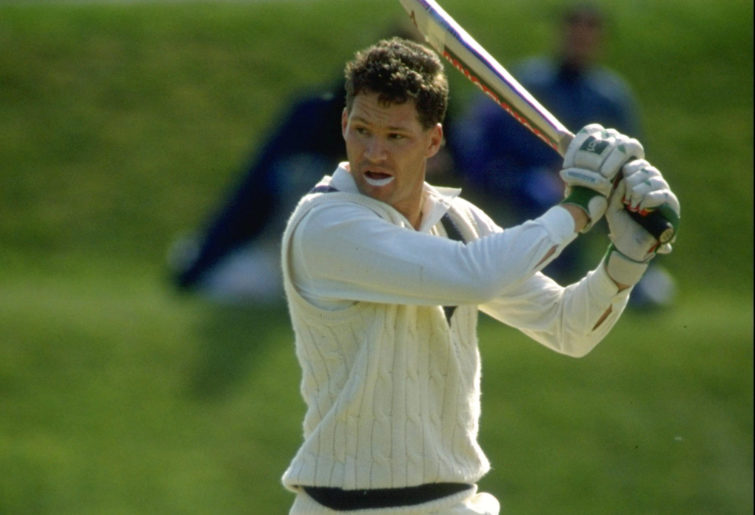 The annual Shield match between Victoria and New South Wales held at the MCG is the ideal occasion. If any teams in our domestic competition have rivalry, it’s these two. The contest would be played on a ground Jones knew well. After all, he played 35 ODI matches and six Tests there. The MCG was also where Jones made his highest first-class score: 324 against South Australia. The MCG already features a bar named after him.

Possibly a Shield match with this extra meaning may boost the meagre crowd attendances at these games. The pink ribbon Test has certainly struck a positive chord. What I’m suggesting is not unlike the Peter Mac Cup played in the AFL. It even works in a similar way to the Anzac Day match between Essendon and Collingwood.

That match attracts attention to the bravery of our troops, reminding people of their struggle and sacrifice. The match I am advocating can bring attention to heart disease, creating awareness and emphasising the importance of doctor check-ups, exercise and healthy eating.

I’m sure it could be argued there are other Victorian players worthy of recognition by placing their name on a cup. The difference is that Jones lost his life to a condition that we know is one of the leading causes of death in Australia.

Another approach would be to name the match the Heart Foundation Cup. Then a player of the match is selected, receiving an award in Dean Jones’ name. I’m sure players from both teams would be proud and delighted to be part of such an occasion.

Dean Jones has left a wonderful legacy as a player and member of the media. This is a chance to add to that. 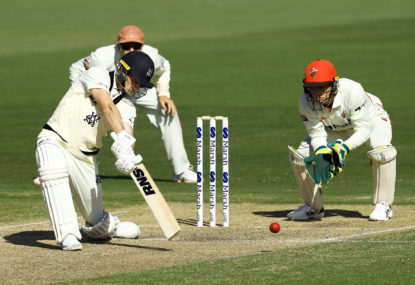 Another day, another top performance from James Pattinson with the new ball.

New Victoria coach Chris Rogers might be the key to securing Marcus Harris and Will Pucovski’s spots in the upcoming Australian team to take on India on home soil.