Marshall will be just one of eight players to leave Wests Tigers at the end of the year as Michael Maguire begins his clean out of the NRL club.

Marshall’s last game for the Tigers was marred by injury on Saturday night, as medial damage in his knee and broken ribs saw him last just 18 minutes.

The 28-24 loss to Parramatta also doubled as Chris Lawrence’s final game before retirement, while Elijah Taylor has previously revealed he won’t be kept at the club.

The Tigers also announced on Saturday night that Matt Eisenhuth, Dylan Smith, Robert Jennings and Oliver Clark would also not be re-signed.

None of the players have been picked up by other clubs so far.

Harry Grant’s loan from Melbourne has also expired as the Storm wait on a call on Cameron Smith’s future.

It comes after the joint-venture released Corey Thompson and Chris McQueen earlier this year.

“We’ve got a few changes with those boys…and that happens every year with a club,” Maguire said.

“They have put a lot into the Wests Tigers club.

James Tamou and Stefano Utoikamanu are at this stage the Tigers’ sole recruits for 2021, but the club are continuing to pursue Josh Addo-Carr from Melbourne.

Meanwhile, Maguire is also hopeful he will have Marshall back immediately next year as part of the club.

The 35-year-old still does not know if he will play in the NRL again, as he remains unsigned for next year with his options seemingly limited.

The Tigers coach has backed his desire to play on, but insists he would one day like to have him on the coaching staff after playing 257 games as a Tiger.

“I would like to think when things get sorted out he is around the club,” Maguire said.

“I see him in the future potentially in coaching positions in different opportunities in the club.

“You are always making big decisions as a club with list management. You have to move forward.

“But moving forward off the field I want Benji Marshall to be part of the club.”

On the field Adam Doueihi looks like could be the man to replace Marshall in the No.6 jersey, showing signs of promise on Saturday night.

He had a hand in two tries filling in at five-eighth once Marshall went off, with a move to the halves likely if the Tigers land Addo-Carr as fullback.

Joe Ofahengaue has cut short his time in Brisbane to join Wests Tigers on a three-year deal and spark a chain reaction of player movement across the NRL. 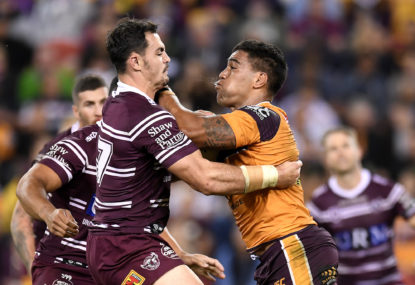 The patient wait continues for a vaccine to counter the most subversive affliction known to mankind, with hopes high we’ll get one for coronavirus too. 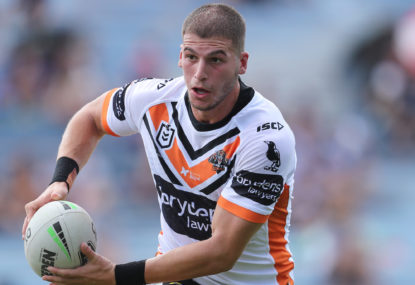 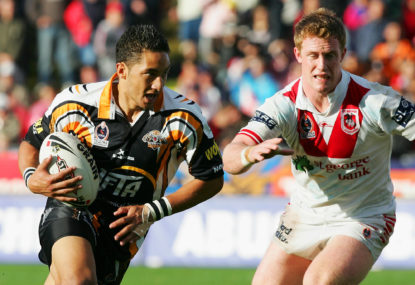 Penrith have picked up Wests Tigers flyer Robert Jennings on a one-year deal, returning him to his junior club where he made his NRL debut in 2015. 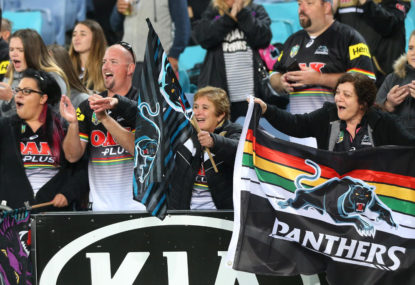