For ten glorious minutes on Friday night I got to experience the joy of supporting the Roosters.

In the opening exchanges against South Sydney the Chooks looked big, fast and slick. Josh Morris crashed over in just the third minute and I thought the match was going to be a consolation victory for Knights supporters.

I honestly couldn’t remember the last time I had wanted Easts to win, but after Newcastle botched their own opportunity to host a semi-final when they were thrashed by the Titans, the chances of a finals game being played in the Hunter were still alive. Trent Robinson’s men just had to do what Trent Robinson’s men do and bash their oldest, most bitter rivals.

And, again, for ten minutes it looked like that was exactly what was going to happen.

Then Cody Walker turned it on, the floodgates opened and 60 points later, instead of Newcastle knowing what it’s like to support the all-conquering Roosters, Tricolours fans got a taste of the misery that is barracking for the other team in the National Rugby League that wears predominantly red and blue.

There had been justifiable concerns that the Bunnies would be making up the numbers in the finals just a week earlier, as they were outenthused by the lowly Bulldogs.

But by 9:30pm on Friday night we discovered Souths’ premiership hopes are in ruddy health.

As for the Roosters? Well, it’s been written ad nauseam in the days following their 60-8 humiliation, but no team in the history of the NRL that concedes 50 points in a premiership game has ever gone on to win the grand final.

Apparently I need to put caveats in when I mention this stat because people want to argue that it happened in the Brisbane Rugby League or Group 5 or South Newcastle’s Grade 3 under-11s in 1996 (yeah, my team still won the comp that year), but teams that give up 50 in the NRL or its preceding iterations don’t win the comp.

(Okay, now you can head to the comments and argue this proven fact – and good luck at your next flat earthers conference.)

I’ve used this stat to write off various teams over the past couple of seasons, including the Broncos in Round 4 – when they were 2-2, long before we realised what a dumpster fire the club actually was – as well as the Dragons and Eels in previous years when expectations for them were high.

Sometimes I don’t bother, because we didn’t need the Storm to flog the Warriors 50-6 in Round 7 to tell us the Kiwis weren’t going to win the grand final this year.

But for the back-to-back premiers to turn in that performance on the eve of the finals is the death knell for their three-peat hopes.

And yes, first-choice players Joey Manu, Lindsay Collins, Isaac Liu and Brett Morris were rested and Jake Friend missed most of the game after a head knock, but look at the 17 they named and tell me how they gave up 60 points and are still a threat for the title.

We obviously don’t have the full story but I wouldn’t be surprised if it’s simply a case of the Roosters having done their dash. That 18 consecutive weeks of footy, compounded by the long list of injuries they’ve had, and perhaps, just perhaps, a tiny sense of complacency after winning two titles in a row means they’ve had enough of 2020.

I’m not saying they’ll be embarrassed like that again this season, but I am saying they won’t win the big dance.

Nor, for that matter, will Newcastle.

It’s been a huge leap forward for the Knights this year, and if you give their roster a clean bill of health for most of 2021, Adam O’Brien has the makings of a top-four squad.

But injuries cruelled any hopes they had of ending their premiership drought this year.

I love that the coach has refused to use injuries as an excuse and has gone on the record that making the eight wasn’t his end ambition for 2020. But between South Sydney’s blistering form and the Knights’ inability to win away from home, few would tip the latter to make it into the second week of knock-out footy – and no-one is mistaking them for premiership winners.

Then we come to the Sharks, who are statistically the worst team in the NRL era to make the finals, having failed to beat a single top-eight side all year.

Add their 56-24 loss to Penrith in Round 9 and you can draw a line through Cronulla.

So we’ve got five viable teams competing for the Provan-Summons Trophy – the Panthers, Storm, Eels, Raiders and Rabbitohs.

And honestly, I’m reluctant to give Parra the tag of ‘viable’. Look, there’s a pulse there, but they’ve been pretty uninspiring this past month or so. Maybe Dylan Brown will make a triumphant return from injury and they’ll rediscover their mojo, but the teams ranked sixth and seventh are a greater overall threat than the side that’s finished third.

So the Eels aren’t quite a chance, giving me the ability to count on one hand the number of clubs that can win the title, with Parra a lawnmower-mangled percentage of a shot. 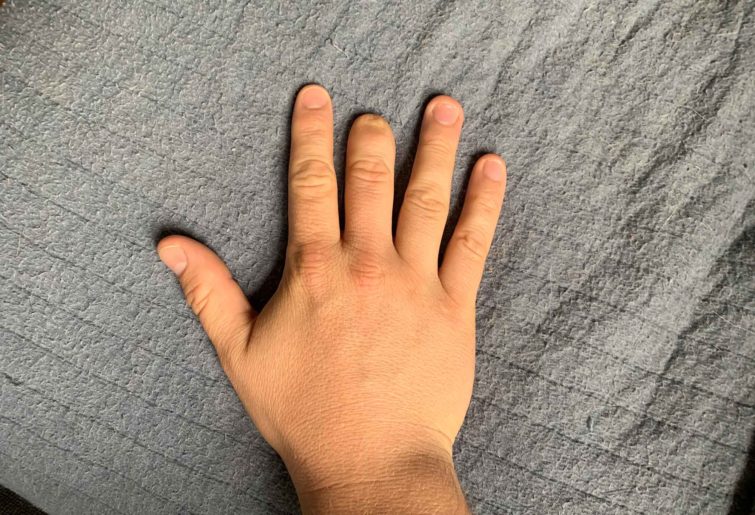 (Photo: the idiot without all his fingers)

Now, given I’m using history as evidence the Bondi boys are done, it’s worth mentioning that no team outside the top four has won the decider in the NRL era, which is a pretty daunting stat and helps feed the belief our premiers are going to be either Penrith or Melbourne.

However, given the way the Knights and Sharks played last weekend, Souths and Canberra may prefer their chances of winning four in a row with tune-up victories over the teams coming seventh and eighth in Week 1 rather than getting bashed by a top-four side.

With all the disruption, rule changes, injuries, redrafted draw, fly-in-fly-out gamedays, to say nothing of teams upping sticks and moving their whole operation for months at a time, the winner of this year’s competition will be in the discussion for toughest, most worthy champions in decades.

It also means that the form guide can essentially be chucked out the window as far as what has and hasn’t been done before, because nothing like this year has been done before.

But I’ll stick to my prediction, soft though it may be, that we’ve got five teams in the running to win the comp in 2020.

And the Roosters aren’t one of them.