This weekend, 50 South Africans will compete at Newlands to catch the eye or stay in good graces of Rassie Erasmus and Jacques Nienaber. The format for these ‘national trials’ is abnormal, which means in 2020: normal.

Selection spectacle aside, this is an intriguing trial ahead of a dubious Rugby Championship, an iffy end of year, and looming Lions tour in 2021. With the Rassie-Nienaber philosophy of finding high-octane warriors, sticking with them to add a few skills, and trusting their gut, it is possible that a few youngsters will trace their rise or stardom in the Lions series back to this match, where they announced their presence.

Old Boks are also in the mix: Duane Vermeulen and Frans Steyn anchor the greens, while the ‘Pannekoek’ and penalty magnet gold tighthead Ruan Dreyer will surely be fodder for the continued rise of green loosehead Ox Nche.

Established Boks like Lukhanyo Am, Steven Kitshoff, Elton Jantjies and Bongi Mbonambi will be on the hallowed pitch, but firebrand aspirants such as Yaw Penxe, Malcolm Jaer and Sanele Nohamba will also take the stage.

Players to watch
Damian Willemse has a one-on-one matchup with incumbent backup Elton Jantjies, with World Cup hero Handre Pollard sidelined till 2021. Willemse has fellow Stormer Herschel Jantjies as his halfback (the other Jantjies has the green Nohamba), and on paper, the gold pack should give Willemse good ball.

But the South African rugby universe is merciless to flyhalves who don’t make their kicks (at goal, to touch, and to clear); this will be where Willemse must be impeccable. If he can establish clear distance from Elton, he will have the inside track for the Lions series as ‘Player 23’ or even the starter if Pollard’s ruptured ligaments don’t heal in time.

For now, Elton has the nod, as Rassie has made clear. Things can change. 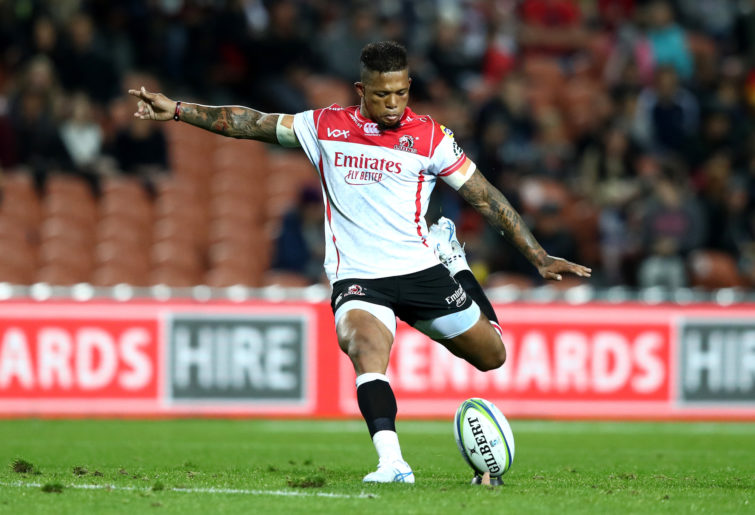 Arno Botha was once the next big thing. He has had a nightmare career of injuries, but when healthy, this lightly-capped Bok is powerful, smart, with soft hands, and explodes into contact. He will be playing for a place in the squad to face the Lions.

Until a recent rash of injuries, South Africa had a glut of world-class locks but one by one, the giants have fallen. RG Snyman, Eben Etzebeth and Lood de Jager are recovering from injuries suffered in European club rugby and will be perfectly rested for 2021. A gap has opened for a young giraffe, and JD Schickerling is my best bet to make the next step up.

Having recovered from a broken neck a few years ago, JD is massive but athletic, gets over the gainline and over the lineout line, and is a quintessential warrior type.

Nche has been given a dream opponent: Dreyer, backed by weak scrummaging lock Marvin Orie. Storming runs are the Ox’s forte, but to be in the Bok picture, he must dominate at scrum time.

Sikhumbuzo Notshe will have a tasty duel with Vermeulen, a classic boxer versus brawler matchup. Notshe’s incredible speed would be a plus against the overheated Lions at altitude in the late stages of Tests but he must show that he can front.

On the gold bench, Curwin Bosch has to change minds about his physical durability; his toughness. This is a perfect forum.

The other returnees include Nizaam Carr, Courtnall Skosan and Teboho Mohoje, and these former discards all still have the skills to challenge anyone who falters.