Doing research on potential lottery picks isn’t something the Warriors staff and their fans have been used to during their five straight finals appearances. Golden State will be looking to return to their former glory in the 2021 season.

Obviously, two-time MVP Stephen Curry is the x-factor here. Curry played four games before suffering a broken left hand on October 30 which, sidelined him until March 5 where he made a brief one-game return against the Toronto Raptors.

During the 2021 season, Stephen Curry will be 33 years old and while his playstyle is not as physically demanding as most, Father Time is undefeated. Coach Steve Kerr has already stated “it’s on [the coaching staff] to try to begin to manage his minutes”, which is to be expected.

Curry averaged around 33 minutes a game across their five-year finals run, and it is likely he won’t be playing that many minutes consistently. You can also expect he will take the occasional night off, probably not to the levels of load-managing savant Kawhi Leonard, but enough to raise some concerns about the Warriors’ consistency.

I myself am a Curry fan, how can you not be? He is thrilling to watch and an all-time great. While I hope he can be in MVP contention next season, he’s not getting any younger. 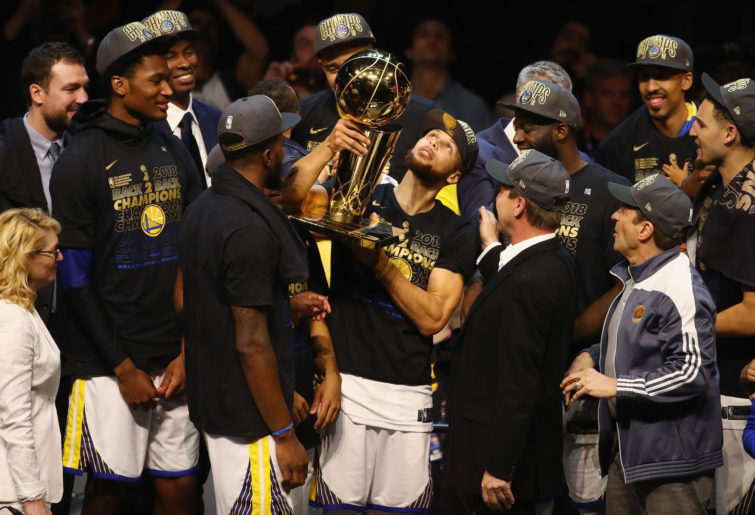 That brings me to my next point, the Warriors bench is awful. Sure, the combo of Curry and Klay Thompson is deadly and will give every team problems, but what about when they’re on the bench or taking the night off? You cannot rely on the likes of Jordan Poole, who had a historically bad rookie season in 2020, Glenn Robinson, Ky Bowman and Juan Toscano-Anderson to keep your team afloat while the stars rest.

Sure, Eric Paschall is a nice piece who had a pleasantly surprising rookie year after being drafted 41st overall, but you can attest that to the largely increased role as a result of Curry and Thomspon’s absences. Paschall had the highest usage rate of players that played 50+ games for the Warriors, but that is not going to happen again next year.

Paschall can be a nice contributor, but you can’t rely on him as a sixth man if you want to seriously contend. He has the potential to be a good player one day, but he’s not there yet. The Warriors need someone who can contribute now to give them the best chance at a title in their rapidly-closing window.

That begs the question of what do they do with their pick? This is a very tame draft compared to previous years, which diminishes the value of the pick a little bit. The only obvious good pick for them is James Wiseman, who has been held in high regard as “the next Anthony Davis”.

But as I said earlier, the Warriors need someone proven and Wiseman is the complete opposite of that, playing just three college games at Memphis before leaving to focus on the draft due to concerns around his eligibility. We all saw in those three games that Wiseman has potential, which is why he is still held in high regard as a likely top-three pick.

While the Warriors do need a centre, it is not in the Warriors’ best interest to gamble on a player for the future. They need to trade the pick. While it isn’t the best draft class this year, plenty of teams will still take the chance on the second overall pick.

The Warriors aren’t in desperate need of more star power, they need depth. Trading the pick for a backup point guard as well as someone who can be a solid contributor in the starting centre spot should be the Warriors’ top priority this offseason. With Curry on a super-max deal, Thompson on a max, Andrew Wiggins on a max and Draymond Green on a $100m deal, the Warriors have a very rough cap situation.

They need to use this valuable asset wisely.

When the 2021 season opens, Klay Thompson will step foot on the court for the first time since June 13th, 2019 after suffering an ACL tear in Game 6 of the finals. Whenever the season starts, it will be almost two years since Thompson played NBA basketball. 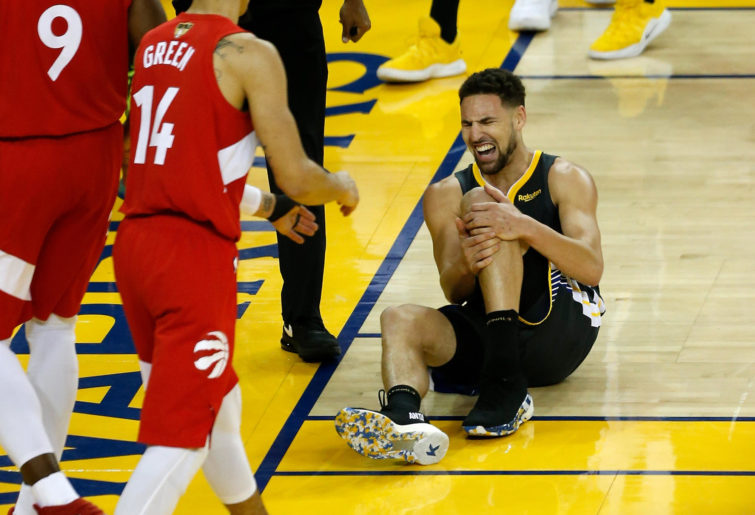 His offensive game is probably the least physically demanding style of play there is and while he will be rusty and inconsistent for a while, eventually he should regain his footing. His defensive ability on the other hand, could be a problem.

In 2019 Thompson received All-Defence second-team honours and he has been an integral part of the Warriors’ defence over the years. He relied on his quickness, lateral movement and quick changes of direction on the defensive end, which will be heavily impacted after recovery from an ACL tear.

His teammates are Curry and Wiggins who are not exactly known for their defensive capabilities, a yet-to-be-determined centre and Green, who is a former defensive player of the year but is not anywhere near that level anymore. The Warriors’ defence is going to be a problem if they don’t address it this offseason.

To put it nicely, Draymond Green did not have a good 2020 season. 8/6/6 on 49 per cent true shooting are not flattering numbers and while it’s well known that Green’s impact extends beyond the basic numbers, all you had to do was watch him to know that he was not very good.

Green is a guy who is made better by the team surrounding him and without Curry and Thompson by his side, it was rough for him. Curry and Thompson are now back, but will this really solve all Green’s problems? He has been slowly getting worse every year since his peak in 2016 and will be turning 31 next season.

Not to mention reduced minutes and load managing is inevitable for Curry and Thompson, what is he going to do on nights where they don’t play? He’ll have his moments, but he’ll be inconsistent and not someone the Warriors can rely on night-in and night-out.

The biggest mystery for the Warriors and maybe the whole league this year is Andrew Wiggins, who they received in a trade mid-season. Wiggins played a shaky 12 games for the Warriors, although we did see the occasional flash we haven’t seen from him since 2017.

A common hope among Warriors staff and fans is that Kerr can fix him. Wiggins has never had a good coach, going from Flip Saunders in his first season, Sam Mitchell in his second year, Tom Thibodeau in years three, four and five and Ryan Saunders in the first half of year six.

Now he comes into Golden State to play under the greatest coach of the modern era, Steve Kerr.

Kerr is well known for taking otherwise poor players and turning them into contributors. While Wiggins isn’t a star, he is not a poor player. It’s clear that he has the potential to be something, which is why the Timberwolves awarded him a max contract which he is now in year three out of five on.

Kerr can work his magic, but at the end of the day it’s all up to Wiggins whether he wants to buy in. He has been criticised for his lack of energy and effort since receiving his max deal and Kerr can’t fix that, but Wiggins can.

He needs to step up as that third guy for the Warriors.

Ultimately, the Warriors have lots of things to be concerned about as well as things to look forward to. Their bench needs some serious upgrades, as they can’t be relying as much on an ageing Steph Curry and Klay Thompson. Bob Myers has proven his competency as a general manager, but this will be the toughest task he has faced yet.

As their team currently stands, I can see them finishing anywhere between sixth and eighth in the West. A team that will be riddled with inconsistencies and issues will have a tough time securing a high seed in what is going to be an absolute bloodbath of a Western Conference.

I think they will be that team that can give the top teams such as the Lakers, Clippers and Nuggets trouble. Look for them to screw up other teams’ playoff hopes late in the season. Now, if they can make some nice acquisitions in the off-season, most importantly filling out that bench, and their stars can be relatively consistent, they could be looking at a third or fourth seed.

It’s going to be an interesting year for Golden State.