The tour that is usually the first grand tour of the year starts only two weeks after the Tour de France. The race will take place over 21 stages and cover 3495.8 kilometres of Italy.

There are plenty of pre-race favourites for the second grand tour of the year. The 2018 Tour de France winner and INEOS Grenadiers rider Geraint Thomas is one of the favourites. The British rider came fourth in last week’s time trial at the Imola World Championships and is in good form coming in.

Australian team Mitchelton Scott also have a favourite with British rider Simon Yates. The 2018 Vuelta a España winner will have a strong opportunity to add a second grand tour to his resume.

Vincenzo Nibali – who has won all three grand tours across his career – is another favourite. However, age isn’t on his side with the 35-year-old Trek-Segafredo rider only producing one win, which came in 2018.

Russian Ilnur Zakarin of the CCC Team, Dutchman Wilco Kelderman of Team Sunweb, Poland’s Rafal Majka of Bora-Hansgrohe and Portugal’s João Almeida od Deceuninck-QuickStep will be close to the top. 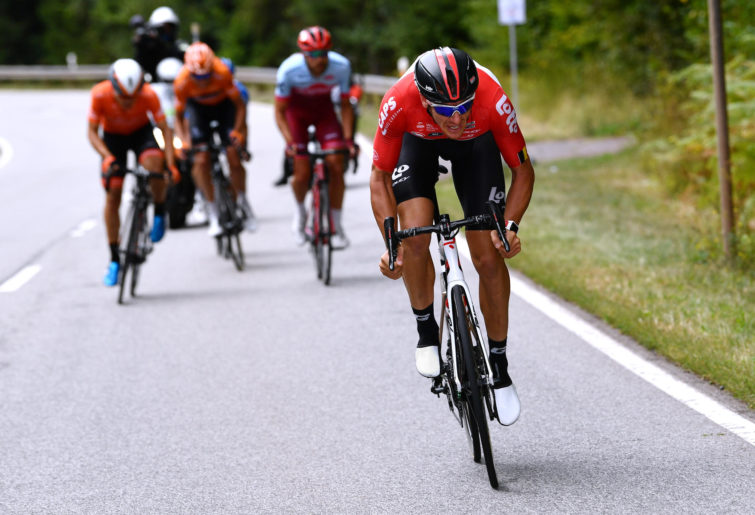 Among the best of the sprinters, Slovakian Peter Sagan of Bora-Hansgrohe will take on his second grand tour of the year after taking part in the Tour de France, where he came second in the sprinters green jersey but didn’t win a stage.

Australian Michael Matthew of Team Sunweb will be the best of the Aussies in the sprints and will come in fresh after not starting in the Tour de France. Other notable sprinters are Frenchman Arnaud Démare of Groupama-FDJ and Colombian Fernando Gaviria of UAE Team Emirates.

There will be 18 Australian starting the Giro d’Italia across nine different teams with Australian team Mitchelton Scott having the most Australian riders with five. Jack Haig, Rohan Dennis and Michael Matthew loom as potential stage winners among the Australians.

Stage 1 of the Giro d’Italia starts at 9:15pm (AEST) with an individual time trial, which is 15 kilometres long and features a climb. There is an opportunity to see an Australian in the pink jersey after stage 1 with Rohan Dennis, who has won back-to-back UCI men’s individual time trial world championships in 2018 and 2019.

The grand tour will take place from October 3 to October 25.