How can Brad Fittler justify dropping David Klemmer for Origin?

You’ve got to wonder what David Klemmer has done wrong in Brad Fittler’s eyes.

A mainstay of the NSW pack since making his State of Origin debut in 2015, Klemmer has played 14 of a possible 15 interstate matches, during which time he has also been one of the first players selected for Australia.

But with Origin taking place at the end of the 2020 season and extended squads of 27 players to be selected for both states, Klemmer appears certain to miss out, with Fittler having added just two players to his squad after the first week of finals – Zac Lomax as cover for the injured Tom Trbojevic and Daniel Saifiti.

So we’ve got Lomax, Saifiti, Payne Haas, Jake Trbojevic, Tyson Frizell and Cameron McInnes for a grand total of six players in Fittler’s squad at this stage.

And while Lomax’s selection shows that it’s still possible to make the squad after appearing to have missed out, injury cover isn’t exactly the reason you want to get the call up.

That said, cover was the reason Klemmer played Game 3 last year, having lost his spot in Game 2 to Saifiti due to injury, but earning a recall because Tariq Sims was suspended.

It was an early indicator that Klemmer’s incumbency was at risk and Fittler has now followed through.

My question is why?

Granted the Knights bombed out of the finals, but they did a fair sight better in 2020 than St George Illawarra, who have supplied half the squad so far.

And regardless of his teammates’ form, Klemmer has been brilliant all year.

According to NRL stats, his 1531 post-contact metres are the most in the comp, his 45 offloads are good for second, while his 3626 run metres are fifth-most for the year.

These numbers are hard evidence that, as far as props go, Klemmer is still among the truly elite in the competition.

What’s more, when it comes to props who are eligible for NSW, Klemmer is streets ahead in these important areas.

When it comes to post-contact metres, he has done better than Jason Taumalolo, James Fisher-Harris, Siosiua Taukeiaho and Thomas Burgess – so a Tongan, a Kiwi, another Tongan and a Pom. Klemmer’s closest competitors for a blue jersey are Haas and Reagan Campbell-Gillard, who rate sixth and seventh with 1369 and 1348 metres respectively.

In the offloads department, Klemmer trails fellow Blues middle hopeful Junior Paulo, while he’s ahead of Martin Taupau (Kiwi), Ryan Matterson (a backrower), Christian Welch (Queenslander) and Joseph Tapine (another Kiwi). His next closest fellow Blue in this department is Nathan Brown, who’s more a lock than prop and has 31 offloads. 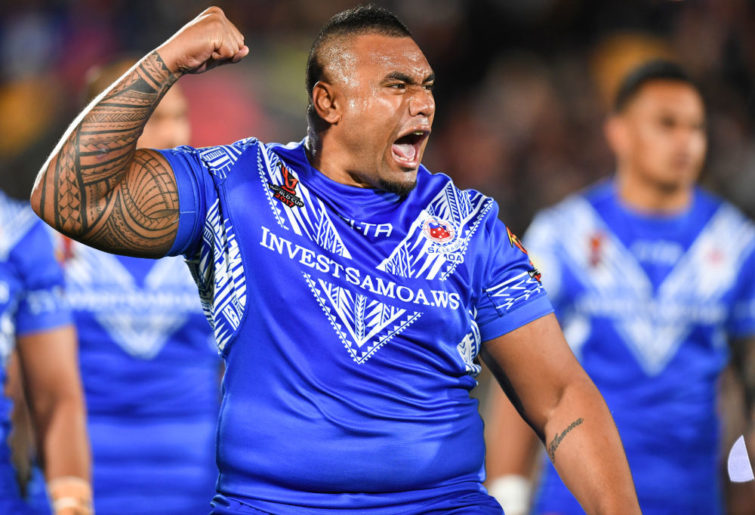 Then we get to the big-deal department, as Klemmer is one of only three forwards in the whole game to make the top ten for total run metres. This is a department made for fullbacks and wingers, who clock up big yardage in kick returns and probably jag a length-of-the-field try or two to help inflate their annual stats. Yet Klemmer rated fifth overall, behind only Fisher-Harris of all the forwards in the NRL.

Now Klemmer’s numbers are improved due to the fact he has played 21 of a possible 21 games this year, however this is yet another reason to select him – in a season that at one stage had 19 per cent of players out injured, Klemmer stayed on the field.

He plays big minutes, makes big metres, is tough and durable, and the addition of offloads to his game is evidence of the surprising depth of skill the big man possesses.

What’s more, he’s only 26 years old. The man has got the three Ts – tough, can tackle and has plenty of tomorrows.

So what’s he doing outside the NSW bubble?

I understand Fittler isn’t willing to select players he doesn’t see as having a role to play in the three matches, as he believes it’s unfair given the lifestyle players are forced to lead from within the bubble.

But I just can’t figure out how the coach fills out the other 21 players he needs for a full squad without Klemmer being there. Specifically, where does Fittler think he’s going to get a better prop?

In the most recent round of matches, the Panthers’ starting props were James Tamou and Fisher-Harris; the Roosters had Jared Waerea-Hargreaves and Taukeiaho; the Raiders had Josh Papalii and Iosia Soliola; the Storm had Jesse Bromwich and Welch; the Eels had Campbell-Gillard and Paulo; the Rabbitohs had Tevita Tatola and Burgess.

All fine players but only Tamou, Paulo and Campbell-Gillard are eligible to play for NSW, and with his last game of Origin coming in 2016 it’s fair to say that Tamou’s career in blue is over.

So Fittler has apparently settled on Saifiti, Haas, possibly Paulo and Campbell-Gillard and, at a pinch, Trbojevic as his prop rotation for all three games.

What’s more, as the hardest position in the game, playing prop comes with a distinct possibility of injury.

But Fittler has decided that the incumbent Australian and NSW prop, a man whose output for this season is arguably the best of all the game’s middle forwards and certainly better – from a statistical perspective – of any Blues prop, just isn’t worth having in the squad, even as a back-up plan or injury cover?

Brad Fittler has won two from two Origin series, so he can point to the scoreboard when people such as myself question his selections, but seriously, it’s not just me right?

Dropping a proven performer at Origin level in David Klemmer, especially when he’s playing as well as ever, is just making life difficult for yourself.