He took on a few angry fans who were slating the team after an abysmal performance against Aston Villa where they lost 7-2.

Many fans and pundits slated Lovren for the numerous errors he made during his time at Liverpool.

Jurgen Klopp showed faith in him for multiple seasons and surely the reasons for that were more than just football. 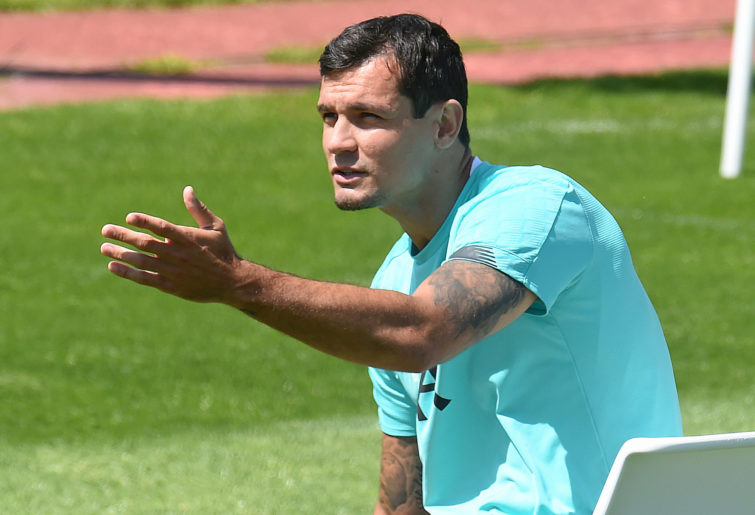 Dejan Lovren has fired up on social media. (Photo by John Powell/Liverpool FC via Getty Images)

He was not the most talented or skilled centre back in the Liverpool team. However he brought a certain amount of heart and spirit that probably no other Liverpool player had.

In hindsight, he did not have an illustrious career during his time at Liverpool.

He lifted the Premier League and Champions League, represented his nation in a World Cup final and shockingly picked up at least one trophy for each club he has played at least two seasons for.

There were instances when I was frustrated by his error-prone defending. But when he was the one to blame for mistakes, he was right there trying hard to ensure that he corrected his errors.

Other than that, he brought to the dressing room a very positive attitude.

He knew how to lighten the mood and make sure that players do not brood over bad losses. He had a certain amount of pizzazz that very few players possess.

Lovren was a player that built relationships during his time at Liverpool. He was best friends with Mohamed Salah. He built a good rapport with the fans on social media as well.

What I admire the most about Lovren is that even after leaving Liverpool, he still checks in on his teammates and interacts with fans.

Most recently, after the shambolic display against Aston Villa, fans were slating Adrian and the other defenders. He came to their rescue and asked fans to have faith.

He even took on a few of them on Twitter. Given the #KloppOut and #FSGOut brigade, Lovren had the back of his ex-manager and friends that he made during his time as a red.

Check out the Twitter thread of him taking on some fans here:

Never blame one or two players for a defeat. There is 11 players on the pitch who work as a TEAM, sometimes there are good and bad days, tomorrow is a new day. Move on! ????????