After a truly exciting, wonderful close and hotly contested first week where no game was decided by over 20 points, we have arrived at Week 2 of the 2020 AFL finals.

With the West Coast Eagles and the Western Bulldogs the first teams to be eliminated this year, both losing heartbreakingly in tight thrillers, we are down to the last six.

Richmond vs St Kilda
Richmond will face St Kilda on Friday October 9 at Metricon Stadium at 7:50 pm. The Saints earned their place in the semi-finals despite a late challenge, holding off the Bulldogs by three points to win their first final in a decade.

Richmond got outplayed by a determined Brisbane Lions in last week’s qualifying final, going down by 15 points in their first defeat to Brisbane since 2009 and 16 matches. This week’s winner earns a place in the preliminary final against Port Adelaide.

When these sides faced off earlier in the year, the rising St Kilda defeated Richmond in a massive upset by 26 points in Round 4 at Marvel Stadium. Dan Butler was instrumental, kicking three goals against his former side and gathering 13 disposals along with Tim Membrey, who also kicked three and gathered 13 disposals.

Jack Riewoldt was kept quiet and kicked only one single goal for the game.

The most significant aspect of St Kilda’s win over Richmond this season was the control they had over the entire contest. The Saints led at every change in a mature performance, having the measure over the Tigers in most areas of the field.

However as these sides now will meet tomorrow night, Richmond will be bolstered by the return of key forward Tom Lynch and defender Nathan Broad. Riewoldt will have powerhouse company up forward with Lynch’s return. 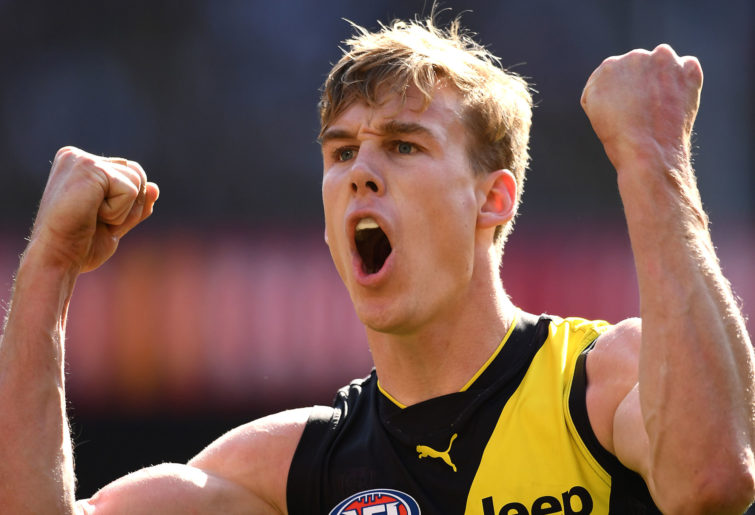 As for the Saints, three big names go out of the team. Paddy Ryder went down with a hamstring injury in the final moments against the Bulldogs in last week elimination final triumph, ruling him out for the season.

Ben Long faces suspension for crunching Western Bulldogs defender Jack Mcrae and Jake Carlisle has left the Saints’ hub in Noosa to be with his partner Mel for the birth of their third child.

Coming into the Saints lineup are Shane Savage, who has made only one appearance in 2020 after playing every game last season. Other inclusions include Josh Battle, who returns from a foot injury and Jonathon Marsh.

Considering the strength of the Richmond side and the depleted St Kilda side, who will be missing those key players, along with the Tigers’ finals experience, it is hard to see St Kilda getting past Richmond.

As mentioned, the Tigers struggled last week without Lynch. Throughout the season, the Tigers ranked number one in the league for marks inside the forward arc, averaging 10.3 per game. However, in last week’s defeat to Brisbane, the reigning premiers took less than half that amount, ranked seventh of the eight sides playing finals.

Richmond needs a reliable option inside 50 to maximise its scoring opportunities. Lynch should be that man. Considering these key factors, the Tigers should be strong enough to reach their third preliminary final in four seasons.

Geelong vs Collingwood
Geelong will face Collingwood at 7:40 pm at the Gabba on Saturday night. Geelong’s inaccuracy cost them a week off as they went down by 16 points to Port Adelaide in last weeks qualifying final. Collingwood caused a massive upset, holding on to beat the West Coast Eagles by a solitary point in last Saturday night’s elimination final.

The winner will face Brisbane in the preliminary final.

Collingwood have really had the wood over the Cats in recent times, including last year’s qualifying final, where they knocked off top-of-the-table Geelong by ten points. This year they also beat the Cats by 22 points in Round 7, where they kept Geelong to only one goal in the first half and remained one step ahead the throughout the game.

Brody Mihocek and De Goey tore West Coast’s defence a merry dance, kicking five goals between them, including three crucial late last quarter goals that proved decisive in the one-point victory. The Geelong defence will have a tough time containing these two and if they don’t, there is no reason Collingwood can’t cause another upset.

Given the current form and the head to head between these two sides, Geelong fans shouldn’t be complacent and Collingwood fans should be very optimistic. Geelong skipper Joel Selwood will be a test, as he has a finger injury. If he fails to get through, he will be a big out, as he gathered 16 disposals in his side’s defeat to Port.

Tom Hawkins had a shocker last week down forward, kicking 0.5. He will have to find the goals if Geelong have any chance of getting past Collingwood.

Geelong will also turn to the leadership of Paddy Dangerfield and Gary Abblett, for if they go out, maybe these two will have missed the boat of a premiership chance. If these players are not firing on Saturday night, Geelong simply won’t get past Collingwood, who have the drive and know-how to do it.

Sit back and enjoy Week 2 of this year’s finals. If Week 1 was a treat, this week should be very interesting, second chances are gone and it’s down to who is willing to put their bodies on the line for their team as they push for a spot in the last four. 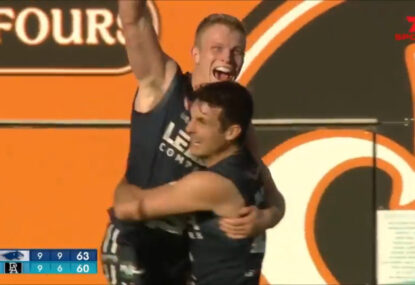