I tipped the Dogs, but I went back and forth between them and St Kilda in what I thought was the only genuine 50-50 contest on paper.

And boy, how wrong I was. We were treated to four sensational games of footy to kick off the 2020 final series, probably one of the best week ones we have seen in years.

A Richmond loss on Friday night and a St Kilda victory on Saturday afternoon has brought us to this semi-final blockbuster.

Let’s start with the losers.

I’m not quite sure what to make of Richmond following last Friday’s performance. In my qualifying final preview, I lauded the Tiger’s ability to lift as an entire team (particularly its bottom six to eight players), rather than leave all responsibility on Dusty Martin’s shoulders.

And what did they do on Friday night? The exact opposite of that.

It was just about a one-man show for the Tigers against the Lions, who were adamant to make amends for their early finals exit in 2019. The Lions took control of the game early and really dominated where it mattered.

They won the hit outs and clearances, giving them first use of the ball just about every time. They also took a lot more marks, allowing them to control the tempo and allowed the game to play out on their terms.

And when they went inside 50, the Lions certainly made the most of it: 46 per cent efficiency inside forward 50 to Richmond’s 28 per cent for the game. 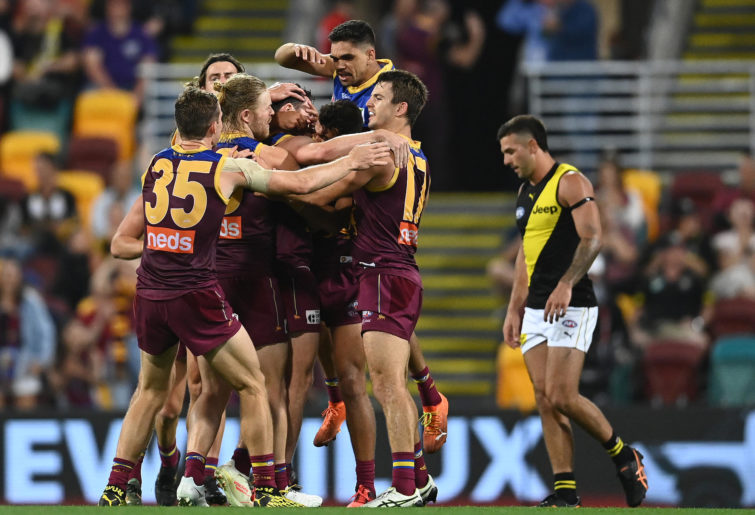 It was a disappointing performance from the Tigers, to say the least. And do you think the result was one of their own doing?

Given Richmond’s recent record against the Lions and at the Gabba, is it possible the Tigers already had one eye on the prelim? Possibly. I’m not suggesting it’s the definitive answer, but I do think it’s worth thinking about.

You would hope that wouldn’t be the case after the 2018 preliminary finals loss to Collingwood, but you never know.

What I do know is they’ll be desperate to bounce back this evening against the Saints, a team who played very Richmond-like in last weekend’s elimination final.

They united and played as one. The win was truly a 22-man effort. You have to admire what Brett Ratten has done to turn the club around in such a short space of time.

His positivity is infectious and he has instilled great belief in his players and their ability. That led to an inspiring performance on Saturday afternoon against the Bulldogs and this time, the Saints didn’t let it slip away at the final siren.

They almost did, but they got there.

I think the Saints will go into tonight’s match up thinking they’re half a chance and you know what, they certainly are.

They got the job done over Richmond back in Round 4 and their confidence should be sky-high at the present moment.

That determination, spirit and effort will still carry over from last week’s game, but it is going to be an incredibly difficult task without a few of their key personnel. 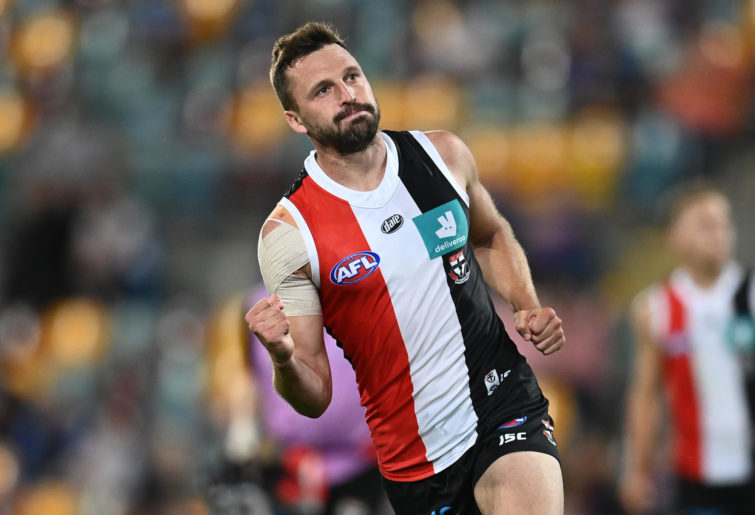 Ruckman Paddy Ryder, who was in the best for St Kilda in their elimination final victory, suffered a hamstring injury in the dying moments of the game. He has been ruled out for the remainder of the season, however long it may be.

Speaking of long, it has been a long and unsuccessful week at the tribunal for the Saints as well. The club failed to overturn defender Ben Long’s one-week suspension for his high bump on Bulldog’s Jack Macrae. He will be watching on from the sidelines.

And to top it off, Jake Carlise has left the Queensland hub, returning home to Melbourne ahead of the birth of his child.

Undoubtedly the right call and one he won’t regret, but his absence will be felt by the St Kilda defence, who will need to work extra hard to stop Tom Lynch.

The Tigers’ key forward returns from injury this evening and will be looking to have a big influence. I do wonder, however, if dropping Jake Aarts in his place (sort of) was the right move.

Aarts has been fairly impressive in his debut season, but it seems one quiet night was all it took for Dimma to swing the axe. It’s not too long until we find out if it was the right or wrong decision.

I have alluded to my tip for this evening and I think most people will be joining me in backing Richmond in tonight. I’m sure they’ll be able to bounce back from their Round 4 loss against the Saints and last week’s qualifying final loss to the Lions.

But as we found out last week, nothing in this final series is certain and a small part of me is waiting for another potential upset.

That’s my semi-final forecast. What’s yours?