Cold and unfamiliar conditions met Formula One upon its return to the Nürburgring, as Lewis Hamilton won the Eifel Grand Prix to equal the record of 91-wins set by Michael Schumacher.

Pole sitter Valtteri Bottas made a clean start and led away from teammate Hamilton, as the rest of the field made a relatively sensible start to the 60-lap race.

Charles Leclerc who qualified in the top four for Ferrari was quickly given trouble by Daniel Ricciardo, who’s Renault looked extremely competitive in the early part of the race. It took until Lap 9 though for the Aussie to swoop past around the outside of the Ferrari to take fourth.

The Monegasque driver was brought in by Ferrari as early as Lap 11 for a change to the medium tyre, as those who were flat-spotting their rubber in the early phase of the race were ending up at the back of the field. Alex Albon even pitted earlier and as a result ended up among traffic.

Sebastian Vettel also pitted early after a major lock-up and losing the rear of his Ferrari heading into Turn 1, while fighting 323-grand prix veteran Kimi Räikkönen. Vettel instead switched to the hard tyres and continued to race with his former teammate – who himself found trouble with a 10-second time penalty for causing contact with George Russell.

A lock-up from race leader Bottas on Lap 13 handed the ascendency on a silver plate to Hamilton, before the Finn himself had to pit early for a set of the medium tyres. Though the Russian Grand Prix winner’s race would then be short lived, as a loss of power from his Mercedes power-unit forced Bottas into an early retirement.

Prior to this, it took a couple of laps for a Virtual Safety Car to be deployed to safely recover the stricken Williams of Russell, which on Lap 17 allowed Hamilton and second placed driver Max Verstappen take free pit-stops and maintain their positions at the head of the field.

More drivers began to drop out of the race, with Esteban Ocon limping back to the Renault garage with a suspected hydraulics failure and then a power-unit problem ended a scrappy day for Albon – who’d come to blows with both AlphaTauri drivers, including taking off Daniil Kvyat’s front-wing.

With a spot on the podium now up for grabs to the midfield drivers, the attention shifted to Ricciardo who was in the best position. The Aussie had pitted under the Virtual Safety Car and with the benefit of clean air was able to protect his medium tyres, until Sergio Perez on 12-lap younger medium tyres became a threat to his maiden Renault podium chances. 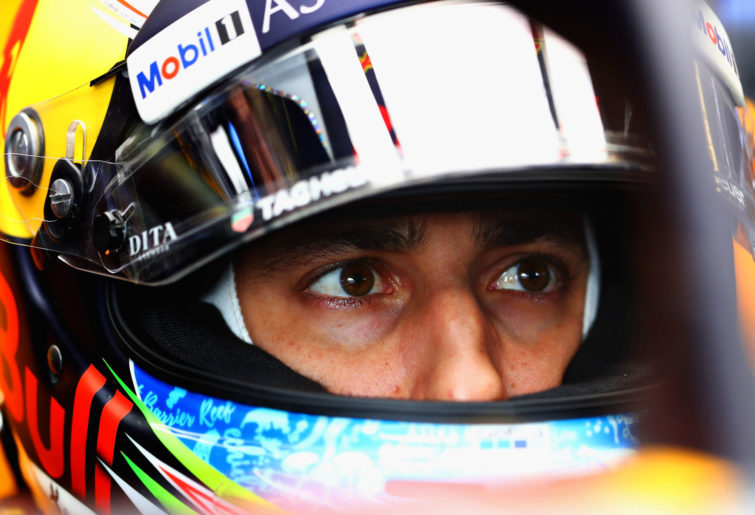 A horror day for Lando Norris, who also suffered with power-unit related problems came to an end on Lap 44 at the side of the track – which drew out the Safety Car. This gifted another free pit-stop to the leaders, but also gave the opportunity for Ricciardo and Perez to get some fresh boots on their cars, in their fight for the podium.

After the race restarted on Lap 50, Hamilton made light work of Verstappen to take the chequered flag and his 91st career win. While Ricciardo claimed a first podium for the French manufacturer since 2011 and his first trip to the rostrum since his win in Monaco back in 2018.

Super-sub in Nico Hulkenberg who was drafted in again for Racing Point in place of the ill Lance Stroll, made up three-positions on the start after a strong getaway from the rear of the grid. In the end finishing in eighth, to add to the solid fourth from Perez to help the team overtake McLaren in the championship.

While Romain Grosjean scored his first points of the season in ninth, despite racing with an injured index finger – which was struck by a piece of gravel, kicked up by the Alfa Romeo of Räikkönen.