Not a classic, not a snoozefest. Somwhere in the middle.

But it still brought about plenty to talk about. Let’s get to it.

Finally, Danny Ric gets his due
How sweet it is to see Daniel Ricciardo back on the podium. After 47 races and 868 days, finally that Australian flag is seen gracing the top three once more. And it was a race in which he deserved to finally taste that champagne and have his hard work pay off.

Nobody outside of the Mercedes drivers had scored more points than Dan over the last few races, and that Renault has finally started to come into its own. The car is now essentially the third best car in the field, and in an incredibly tight midfield, that is an important piece to note.

That is reflected by the fact that Dan is now fourth in the Championship, ten points clear of Sergio Perez. Renault too are now only six points behind Racing Point in third place. Things finally are coming up Millhouse for the French team, although I’m sure Cyril Abiteboul’s skin right now isn’t feeling the same.

Many have questioned now if it is the best time for Dan to be switching teams again when it seems Renault have finally come good. The proof in that pudding will be next year, but for now, it’s great to see Dan finally having his skill and talents matched in a car that can get him the results he deserves. 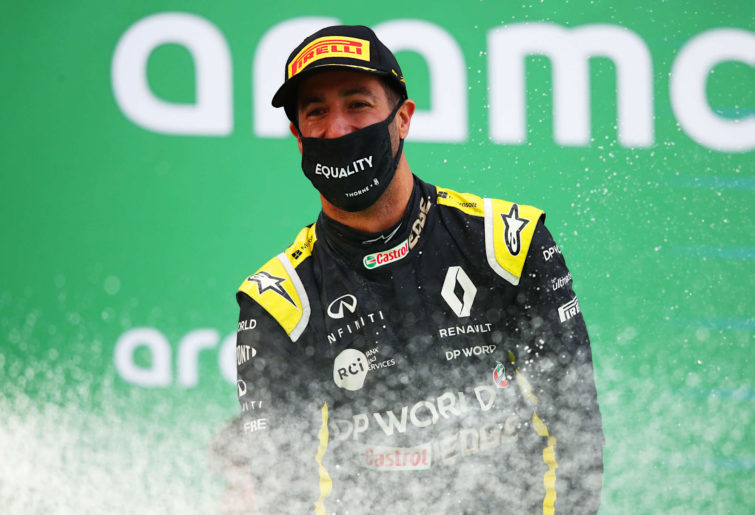 Hamilton’s 91 wins don’t mean as much as Schumacher
Let’s run some statistics by you to put Hamilton’s record equalling win into context.

When Michael Schumacher reached 91 wins, he had amassed 72 of those wins for one team. Lewis Hamilton has amassed 70 with one team.

Both drivers spent a significant amount of their careers winning in dominant periods. The key difference being, when Schumacher won 72 races for Ferrari, he drove for the team when they won only 46 per cent of all races held.

Hamilton? He has driven for Mercedes when they have won an astonishing 66 per cent of races held in the time he has driven for them. This also comes with the added fact that there are more races for him to win, and less rule changes brought in to stop their dominance.

Need I remind people that the FIA brought in sweeping changes not once, but twice in a deliberate attempt to stop Ferrari winning so much in the early 2000s. Something they have never done to stop Mercedes dominance.

When Schumacher reached his 91st win at the 2006 Chinese Grand Prix, that was done in his 248th race. The Eifel Grand Prix was Lewis Hamilton’s 261st.

On that basis alone, you could argue that Schumacher had a much more dominant period and/or car to help him get to that sooner. To put that into context, Schumacher was in his 11th season for Ferrari when he reached his 91st overall win and 72nd win for the team.

Simply put, Hamilton has more races to win and a much more dominant car to do so in, far more than Schumacher ever had the luxury to do.

Now, I’m not trying to take away from the achievement of Hamilton winning 91 races. It is an amazing achievement that can’t be overlooked. Hamilton is an all-time great of the sport and will go down as a true icon of F1.

But claiming Hamilton reaching the 91-win milestone makes him equal or greater than Schumacher? That’s hard to do.

Formula One is a constant source of innovation. (Mark Thompson/Getty Images)

Statistics generally don’t lie, and anybody can see the period in which Hamilton has reached these statistics has made it far easier for him to reach this record. Yes, a great team and car is only as great as the driver in it and needs that driver to be able to push it to the best.

That is Formula One, and always will be. But there is no denying Hamilton has had arguably the longest, most unhindered successful run in the history of the sport.

To put this into further context, one amazing stat that must be noted comes from a former record holder for most wins in F1: the iconic Juan Manuel Fangio, who achieved 24 wins in the 1950s. The stats around Fangio are incredible. He raced only in 51 races, meaning he had a win percentage of 47 per cent.

Putting that into context, Hamilton currently has a win percentage of just under 35per cent, while Schumacher’s percentage is just under 30 per cent.

To make this even better, Fangio’s win percentage was a whopping 53 per cent at the time he won his last race at the 1957 German Grand Prix. And while this then sounds like he was the Hamilton or Schumacher of the 50s by completely dominating the sport, Fangio did this with four different teams.

Four. And each of the four teams he won with, he would go on to win a World Championship with. Schumacher and Hamilton have only won with two different teams.

So perhaps if we want to base who is the greatest of all time to hold the record for most wins in the history of the sport, we might need to go back and acknowledge Mr Fangio a little more.

Albon once again digs himself a hole
I thought the tide was finally turning for Alex Albon after his podium at the Tuscan Grand Prix. It was a deserving podium that he desperately needed.

But after his last two races, once again Albon is on the cusp. It was a particularly scrappy race for the Thai driver, with some rookie moves not doing his case any better.

When you have a certain super-sub German driver who is capable of having no track time in a car and finishing eighth after qualifying last, and a certain Mexican driver who nearly scored a podium after a solid drive doing so well behind you, it’s hard to see how Albon can’t be under pressure.

There is also that little fact of the junior Red Bull team having an actual race winner in their team now, so the dominoes really are falling against Mr Albon.

I get it, the guy is likeable. He is nice. He is talented. And we all want to see him succeed. I understand that. And despite what previous comments on my previous posts have claimed, it is possible to like a driver and still be critical of them. And I do like Albon.

I meet all those criteria I just mentioned when it comes to my feelings on him as a person and his potential as a driver. But sometimes a likeability of a driver can cloud your overall feelings for them. And there is no denying that the likability of Albon seemingly clouds the true thought process and opinion of just how he has been doing in that team this year.

If there was any other driver in that Red Bull, they would’ve been long sacked and nobody would even bat an eyelid. Sadly for Albon, these clouds need to be removed and Red Bull need to make a decision soon to fix a problem they have been in since Danny Ric left in 2018.

Raikkonen the record breaker
While many celebrate the milestone of Hamilton reaching 91 wins, let’s take another moment to congratulate Kimi Raikkonen on breaking the record for most race starts in the history of Formula One. 327 starts is absolutely incredible, and it arguably couldn’t have happened to somebody better. 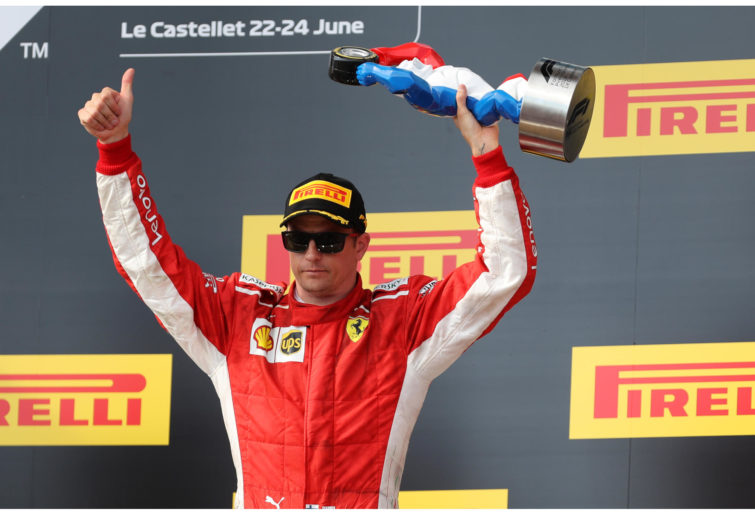 Kimi Raikkonen has had an excellent career. (Photo by Mark Thompson/Getty Images)

Kimi is an enigma in the sport, and somebody who back in 2001 surely none of us would’ve assumed would be at this point. Remember when everybody was concerned that this young kid with barely 20 races to his name was about to race in F1?

The backlash against him getting the Sauber drive was like nothing that had ever been seen before. And this came only a year after the intense backlash Jenson Button got for being signed to Williams. The early 2000s certainly were an odd time to be a rookie in F1, and one that I’m sure would laugh at the sport today when 17 and 18-year-olds are getting their starts in the sport.

Raikkonen has often described F1 as his ‘hobby’. No matter what it is to him, and even though he barely cares that he has reached the record, I think I speak on behalf of every F1 fan by taking off my hat to the Iceman and congratulating him on an amazing career. Let’s hope it continues for just a little bit longer.

Stroll has the runs, Latifi isn’t last again
Well this might be the shortest ‘Canada watch’ section of the year eh? Nothing much to talk about. Nicholas Latifi had a brief little battle with a Ferrari which was entertaining, and in a race that was full of high attrition, it looked like he could sneak in a point and make all ten teams appear in the points rather than just nine.

But alas, it wasn’t to be, and Mr Latifi had to settle for 14th, which wasn’t last so that was a good result.

As for Lance, while he didn’t get to run at all during the weekend he certainly had the runs of another sort.

According to Racing Point team principal Otmar Szafnauer, he “hadn’t left the toilet” for most of the weekend, meaning Lance wasn’t well enough to take part in qualifying, let alone the race. The fear being that he may just have an accident or two in the car during the weekend, and it was best for him to sit out.

A shame for Lance given the strong performance of Sergio Perez to finish fourth and for Nico Hulkenberg to come in and finish eighth after starting last.

Another race done and another too look forward to in two weeks’ time. And we’re back at the legendary Imola circuit! You know what that means for me to say now right? Bring it on!