The Port Adelaide, Brisbane Lions, Richmond Tigers and the Geelong Cats are left in this year’s race for the AFL premiership, with Victorian fans currently in lockdown hoping that their state will be represented in next week’s grand final.

Having both enjoyed the week off after winning their qualifying final matches in Week 1, the Power and Lions will attempt to set up a rematch of the 2004 decider, which would also mean that the grand final doesn’t feature a Victorian side for the first time since 2006.

The first preliminary final, to be played at the Adelaide Oval on Friday night, sees Port face Richmond, the latter having to go the long way around if they are to reach their third grand final in four years.

That match has been declared a sell-out, and it is widely expected that at least 90 per cent of the crowd will be Port supporters who are hoping to see their side go all the way for the first time since 2004.

The other match sees the Brisbane face the Cats at the Gabba, 16 years after Brisbane were controversially denied a home preliminary final which ultimately conspired against them as their bid for a four-peat was thwarted by the Power.

So, who will move into next week’s historic big dance, which for the first time will be played under lights at the Gabba? Here is your preview to the preliminary finals.

The Power have been on top of the ladder from start to finish and progressed to their first home preliminary final since 2007 by overcoming a stubborn challenge from the Cats.

They had been smashed by ten goals when the teams met on the Gold Coast in Round 12, but the Power delivered when it mattered most, keeping Coleman Medallist Tom Hawkins goalless.

The Tigers were ridiculed for their poor discipline in their qualifying final loss to Brisbane but rebounded to defeat St Kilda by 31 points in their semi-final.

It wasn’t without controversy however, as captain Trent Cotchin and forward Tom Lynch both escaped suspension for incidents involving a high tackle and a knee to the head of an opponent, respectively.

Richmond do have to play at a venue where they’ve suffered finals humiliation previously, having lost to the Power by 57 points in an elimination final in 2014.

The Tigers of new are a much more mature side though and, despite having to face up to 30,000 uncompromising fans at the Oval, their experience will win them through to a third grand final in four years.

For the winner: a berth in the grand final.
For the loser: season over. 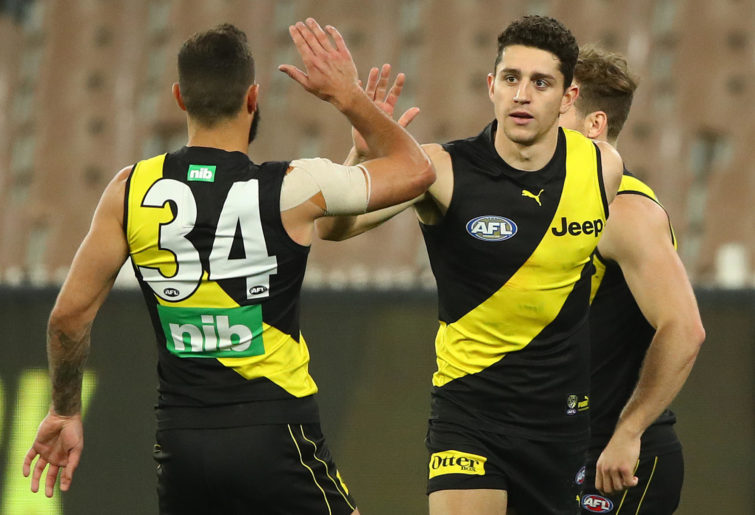 Jason Castagna of the Tigers (Photo by Robert Cianflone/Getty Images)

Back in 2004, the Lions were entitled to a home preliminary against the Cats at the Gabba, but the controversial contract with the Melbourne Cricket Club, which was revoked the following year, meant that the match had to be played at the MCG.

It was the first time two AFL preliminary finals were played outside of Melbourne, as well as at night. On that occasion, Port were the higher-ranked team, and so got to play against St Kilda at home on a Friday night.

That saw the Lions-Cats final moved to the MCG, and – much to the anger of then-Lions coach Leigh Matthews, who had coached the side to a hat-trick of flags – it was also played on the Saturday evening.

But while the Lions defeated the Cats and qualified for a fourth consecutive grand final, the disadvantages of having to play their game 24 hours after the Port Adelaide-St Kilda game and having to play away from the Gabba, ultimately conspired against them.

The Lions then entered a prolonged period of decline, save for a semi-final berth in 2009, before re-emerging as an AFL powerhouse under coach Chris Fagan, who has led the current crop to consecutive finals series and now a first preliminary final since 2004. 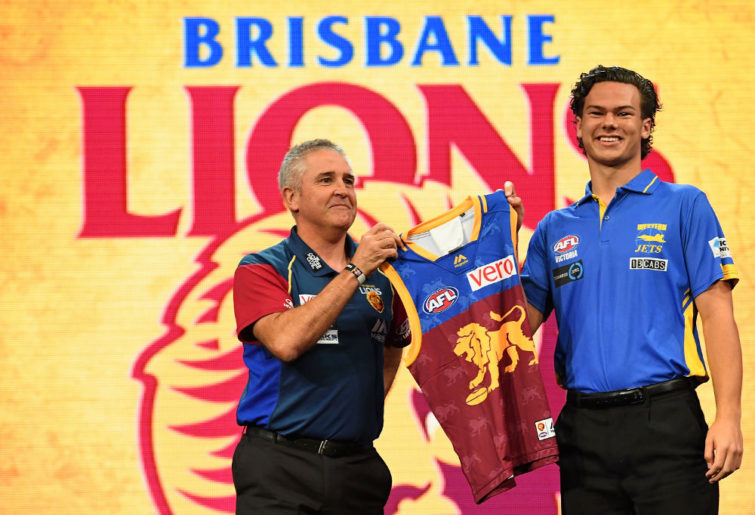 After their dismal performance in front of goal against Port at the Oval in the qualifying final, the Cats bounced back with a vengeance against Collingwood, winning by 68 points and keeping the Pies to only one goal in the first three quarters.

It ensured that the career of Gary Ablett Jr will continue for at least one more week, with the Little Master to retire at season’s end.

Ablett is the only player from either side still remaining from the aforementioned Lions vs Cats preliminary final from 2004; further, Geelong coach Chris Scott was on the Lions side that won by nine points.

When the teams met in Round 6 this year, the Lions led by ten points at halftime, before a third-quarter blitz saw the Cats kick seven goals to nil en route to a 27-point victory.

Notably, that match was played at the SCG, but both the Lions and Cats are undefeated at the Gabba this season, meaning that one team’s premiership dream will have to end at the grand final ground.

Fresh off the week’s break, the Lions should win through to the decider next week, in which they will surely start favourites.

For the winner: the grand final against either Port Adelaide or Richmond.
For the loser: an opportunity gone begging.

They’re not teammates anymore, but they’ll always be mates.

The Gabba crowd was furious when they saw the replay of Geelong’s Patrick Dangerfield throwing the ball to Gary Ablett who kicked a goal.

Brisbane Lions vs Geelong Cats: How to stream the AFL finals live on TV and online

Tonights AFL final features a do-or-die clash between the Brisbane Lions and Geelong Cats at The Gabba. Here is all the information you need to stream the game live on TV and online.

Brisbane Lions vs Geelong Cats: How to stream the AFL finals live on TV and online