Having sporadically watched Tasmania and South Australia lose to Queensland and Western Australia respectively, here’s my Shield XI of round one.

Bryce Street (Queensland)
To see a young opener grind out an innings and take the shine off the new ball is so refreshing to see. Batting the Tasmanian seam attack into boredom, Street gritted his way to a patient half-century.

Although he failed to convert his half-century into a substantial century, Street blunted the new ball and allowed the Queensland middle and lower-order to free their arms.

Jake Weatherald (South Australia)
One of the few bright spots in South Australia’s defeat against Western Australia, Weatherald can hold his head high. In the first innings, the left-hander counter-attacked en-route to his seventh first-class hundred.

In South Australia’s second innings, Weatherald fought hard for a plucky 36 before being dismissed by Ashton Agar.

Marnus Labuschagne (Queensland)
Who else but the man dubbed loose bus change? Marnus’ meteoritic rise in first-class and Test cricket since August 2019 continued with a classy 167. Sure, he may have been dropped a few chances, but he hurt the Tasmanians by scoring a big hundred.

If Labuschagne keeps this form until the India Test series, Mohammad Shami and company will find a tough nut they’ll have to crack at three.

Shaun Marsh (Western Australia/captain)
While the Western Australian skipper couldn’t convert his start in the first innings, Shaun Marsh ensured he wouldn’t miss out in the second innings. Smashing the South Australian attack all over Karen Rolton Oval, Marsh scored 110 not out at a strike rate a shade under 100.

Leading from the front as Western Australia skipper, there was no other choice when choosing the captain in the XI. 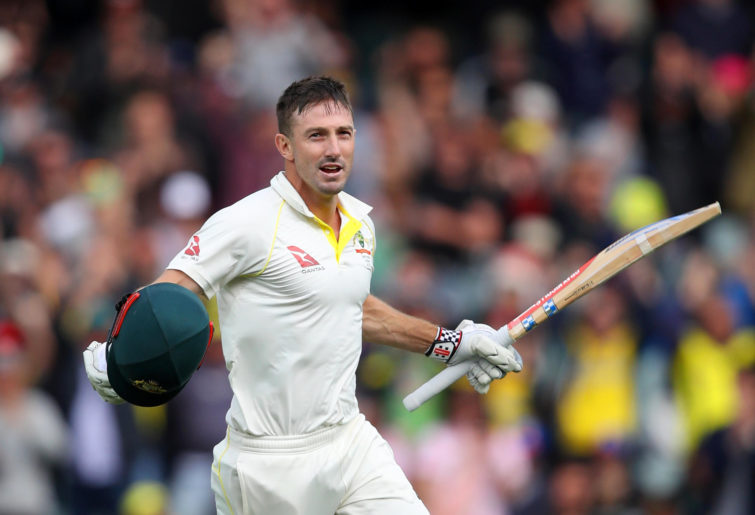 Cameron Green (Western Australia)
Every time I watch Green bat, he very rarely lets me down in the Sheffield Shield. Batting at 4 for Western Australia, Green scored a patient 56 in the first innings before scoring a quickfire 11 not out in the second innings. The sky is the limit for Green, and many will be hoping he can resume his bowling once 100 per cent fit.

With the ball, Agar took his sixth 5-fer in FC cricket before taking 1-46 in the second innings.

Josh Inglis (Western Australia/wicketkeeper)
Smashing 153 not out and five scalps behind the stumps, there was no question with Inglis’ inclusion in the XI. Once Tim Paine calls it quits in Test cricket, Australia will have a quality gloveman in Inglis to replace Paine.

Michael Neser (Queensland)
It’ll be incredibly harsh on Michael Neser if he never gets a chance to play Test cricket in his career. How he didn’t play at the Oval in a dead rubber last year still baffles me.

Immensely accurate with the ball, Neser took five wickets in the first innings before scoring his maiden FC hundred. While wicketless with the ball in the second innings, 0-30 after 20 overs shows Neser did a great job playing the holding role.

Mitchell Swepson (Queensland)
Swepson was outstanding for Queensland against Tasmania. With figures of 2-68 after 27 overs, Swepson showed great control in Tasmania’s first innings. In the Tigers second innings, Swepson’s figures of 4-66 after 45.2 overs ensured Queensland won by an innings and 59 runs.

While it’s only one game into the Shield season, it’s great to see Agar and Swepson get some wickets. With more consistent performances in the future for the sake of Australian cricket, the Aussie selectors will hope that Nathan Lyon’s understudy is coming sooner rather than later.

Xavier Bartlett (Queensland)
Had it not been for the incredible feats of Michael Neser, Xavier Bartlett would’ve got his deserved plaudits for his performance vs Tasmania. Although slightly expensive with 4-58 after 15.3 overs in his first innings, Bartlett’s performance in the second innings was even better: 3/38 after 20 overs with eight maidens.

The real test comes for Bartlett now: can he replicate these performances consistently this season?

12th man: Llyod Pope (South Australia)
While taking a five-fer is no easy feat, going at over six an over isn’t acceptable in FC cricket. Thus, Swepson got the nod over Pope in the XI.