Take a second for the second row

This year, both he and his brother Beauden watched from the sidelines. Many Roarers have noted that the latter’s local knowledge was sorely missed by the home side.

However, it’s worth taking a second to examine the performance of each side’s second row, and ponder once more the absence of Scott Barrett in a Bledisloe Game 1.

Why? Despite a half of set-piece misery from the Wallabies, and double the penalties conceded, they still swallowed the lion’s share of possession and territory, enabling them to keep in touch with their opponents. The statistics validate game-dame impressions: despite lineout problems, the Wallaby pairing of Lukhan Salakaia-Loto and Matt Philip out-enthused their All Black counterparts.

Each of the Wallaby locks racked up 12 carries apiece for a total of 65 metres, compared to a paltry sum of seven carries for two metres by Patrick Tuipulotu and Samuel Whitelock. Phillip’s gains (38 metres) were only matched by the bustling Ardie Savea (45 metres) across the respective forward packs.

In defence, Tuipulotu made just eight tackles, which for a side with 39 per cent of the possession seems low. Whitelock clocked up 15, but it seems the absence of Scott Barrett was felt as much in defence as anywhere else for the Kiwis.

Finally, the differences in attack and defence between the remaining forwards were negligible, especially when considering the weight of territory and possession to the Wallabies over the 88 minutes.

So, what can we draw from this? The Wallabies errors around the park probably hurt more than their not-so-set piece. If they had won the game, the poor handling may have been forgivable in such poor conditions.

While the All Blacks backline was humming, their forwards (particularly their second rowers) simply couldn’t give them enough ball or momentum to play with.

And finally, what to make of the game’s taller absentees? Barrett may return in Auckland. Brodie Retallick will undoubtedly be missed until his return from Japan.

For the Wallabies, the weekend’s results must have played on the mind of Izack Rodda, while Rory Arnold’s injury was untimely. The performances of Salakaia-Loto and Phillip leave Rob Simmons firmly on the bench to read the rule book, while Will Skelton and Adam Coleman drift ever-further afield.

The question that has dogged Wallaby supporters for a decade appears once more: can our second row dominate their opponents, territory and possession two weeks in a row? 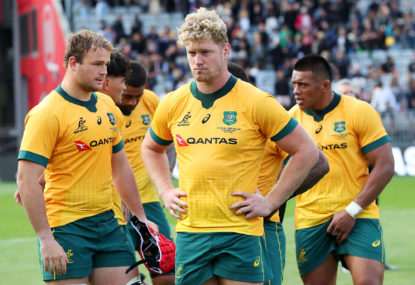 After an extremely impressive start to the Bledisloe Cup, I was looking forward to the second Test with anticipation and trepidation. 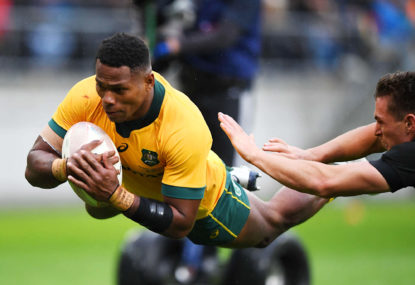