They were LeBron James’ last words in his on-floor speech after winning this year’s NBA championship. He clarified that he was referring to people who doubt his success.

It might partly be aimed at the MVP voting panel he was cranky with, who only gave him 16 out of 101 possible first place votes, or equally, commentators who continuously claim he is not, and will never be, the GOAT.

Michael Jordan versus LeBron for the GOAT has been discussed so many times, but it is worth a brief revisit now that LeBron has won his fourth title.

My contention is that MJ is currently clearly the GOAT, but I do not subscribe to the view that LeBron cannot supplant MJ – it depends on his success over the remaining years of his career. He has some gaps to make up in titles won and/or individual awards to contend for GOAT status.

I believe LeBron’s fourth championship moves him from third to second place all-time, above Kareem Abdul-Jabbar – he is a very, very special NBA player.

The main reason I wrote this article, however, is that I am surprised that there has even been a heated debate up until now about which of LeBron or MJ is the GOAT (some would argue that the whole topic is unnecessary, but it is fun!), especially before LeBron won his fourth championship.

A lot of arguments are made about which era has been more difficult to play in, who had greater teammate s to support them, who played stronger teams in the finals or on the way to the finals, etc, but those arguments often appear circular, easily rebutted, and are often just used to support a particular point of view.

It also sometimes appears that commentators mounting their argument for the GOAT are heavily swayed by the era they most closely associate with.

On First Take (US ‘talking heads’ sports show), the 53-year-old Stephen A Smith mounts the ‘LeBron will never be as good as MJ theory’, whereas the 35-year-old Kendrick Perkins (ex-NBA player of LeBron’s era and same age as LeBron) espouses LeBron as GOAT without question.

When it comes to GOAT in the NBA (or really many team sports), I contend that there are a few key metrics of success (not in any particular order): a) individual stats; b) advanced stats; c) individual awards; and d) team success.

The comparison between LeBron and MJ has been completed in much more detail, many times before, but I will summarise the key metrics below.

Summary
MJ has had superior Team Success and Individual Awards, and LeBron probably just shades MJ in Individual Stats (with Advanced Stats neither ‘here nor there’).

On that basis, I am interested, using relatively objective measures, if someone can explain to me, at least currently, how you could possibly consider LeBron the GOAT instead of MJ?

Verdict: Many would argue that LeBron’s individual stats are superior, but it is very close – LeBron appears to just shade MJ.

I will keep the article simple and will not list playoff stats, but LeBron also appears to just shade MJ in that regard as well. LeBron clearly also has MJ covered in cumulative stats, having played a few extra seasons.

Verdict: I only have a basic understanding of these stats and appreciate there are pros and cons (and probably other relevant advanced stats), so if anyone wants to educate me on any interpretative errors, please do!

Individual awards
MVPs – 5 (MJ) to 4 (LeBron) [yes, this is a peculiar award, but it ‘is what it is’ – from memory, both MJ and LeBron missed out on the award in seasons they should have won it] 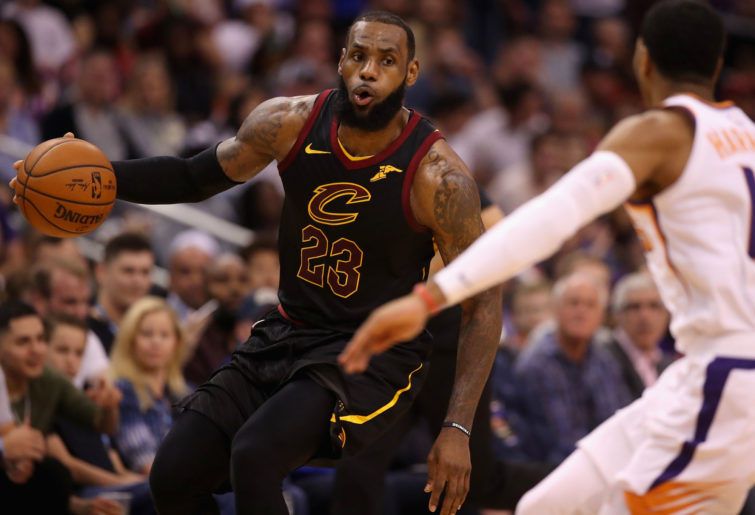 Finals MVPs – 6 (MJ) to 4 (LeBron)
All NBA selection – 16 (LeBron) to 11 (MJ) [LeBron has played for 17 seasons; while MJ played for 15 seasons, in effect, it was really only 13 seasons, as in two seasons, he only played seven and 17 games respectively – there’s also the question of how to judge him missing All NBA selection in the two return seasons with the Wizards in his early 40s, three years after he ‘retired’).

I am not going to complicate things by listing other awards such as MVP all-star games, scoring titles etc.

Verdict: MJ has more MVPs, Finals MVPs; and All NBA Defensive Team. LeBron has more All NBA selections (although this is less clear-cut than it first appears).

MJ has two three-peats with one team; LeBron has four individual championships with three teams [there are multiple lenses this can be viewed through, but I think it is hard to argue against the merit of two three-peats].

Verdict: A clear win to MJ – championships are the key metric of team success (although as a Pies’ supporter, I wish making the Final counted more!)