How will South Africa’s potential move to the north affect rugby?

South African rugby is in limbo.

South Africa are possibly moving north. This is preposterous. While it is a matching time zone to the Six Nations, fans can better adapt. You do not need fans to win the game.

While this is just a rumour and at most this would only happen after the 2023 World Cup, there is foreshadowing towards their move north. Recently, all four Super Rugby sides in South Africa have announced withdrawal from the Super Rugby and their shift to the northern hemisphere to join in a Celtic competition.

Recently, the weaker South African Super Rugby sides like the Cheetahs and the Southern Kings had shifted to the PRO14, expanding the tournament and then doing rather well. They are surviving and thriving. However, they had even more recently been dropped.

That is the context of the situation. However, how will this possibly change rugby?

The immediate impact is on South African rugby.

Handre Pollard took an interesting perspective on the prospect, and he acknowledged that South Africa was not among the bankrolled rugby countries like England and France. 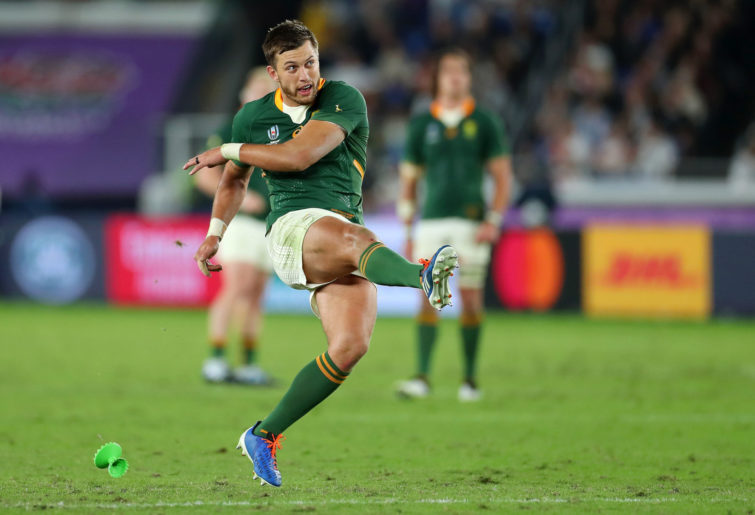 Celtic rugby has bankrolling, something that other countries in the south do not have. They have big bucks, and are up there with French and English money in terms of rugby. This will provide financial support to float the ship of South African rugby through the storm, with the South African economy suffering recent losses.

Also, Pollard felt that the South African brand of rugby was better suited to the northern hemisphere with their style of crash and bash. They have a very structured game plan, with the phases from the forwards wearing down the defence as they run off Faf de Klerk, while Handre Pollard and Willie Le Roux bring the fast, dynamic backs onto the ball in space.

This is slightly more northern than southern. Southern rugby has no fixed prototype to rugby, and their rugby is very fast to kill through the defence.

Also, it brings out their versatility as they adapt to another style, tying it to their natural style. Moving will mean that they are no longer forced to adapt, and this versatility may be lost.

They scored 36, 32 and 16 points in their recent Rugby Championship games, with a 13-point game against the All Blacks in the 2019 World Cup and that was with an off-form Springboks side in terms of ball-handling.

The opportunity to play with the All Blacks, the best side on the planet, would be lost, and the All Blacks games often challenge them to use specialised tactics to beat the black-jersey defence.

How will this impact southern hemisphere rugby?

The Springboks have been long known for being the most physical side on the planet, and this also means that they are perhaps defensively the best side in the world when they are fit. Their departure would affect the sides in the south like New Zealand and the Wallabies.

A rejuvenated Wallabies would want to try out their new Kiwi-esque attacking structure against the ingeniously engineered Springbok defence. Also, the All Blacks will lose their constantly intense rivalry with the Springboks, and this loss of competition between the two giants is never good for rugby.

Already this year they are not even in the Rugby Championship, turning a four-team tournament with multiple-legged series between teams into a two-team Bledisloe three-legger.

How will this impact northern hemisphere rugby?

Consider the South African franchises in the PRO14. They are perhaps not among the top like Leinster, Munster and the lot. They have been inconsistent, but they are certainly doing better than in the Super Rugby.

The club shift will impact the PRO14, a tournament dominated by Irish sides. Sadly, the Cheetahs and Southern Kings were removed due to other issues. However, we are talking about some of the best players in South Africa coming over to Celtic rugby, and the expectation is for the South African franchises of Sharks, Stormers, Bulls and Lions to get to the top four. This will increase the competition, giving Celtic teams a real run for their money.

Also, if they are to come to the Six Nations and join the expansion of it becoming Eight Nations, they serve as common foes for teams like England, Wales, Ireland, France, Scotland, Italy, Fiji and Japan. This will expose northern hemisphere rugby to the dynamism and fast play of the south, bringing new elements to the game.

However, if the Eight Nations is to be the Nine Nations, South Africa can be expected to win if they are the squad that won the World Cup last year, and they should win convincingly.

This could cause discouragement, however. This will expose the north to the southern brand of rugby, and this will aid the growth of northern rugby.

With the many diverse impacts of South Africa’s northern move, this will impact rugby in many ways and in many regions.