In his illustrious career, AB de Villiers has been in almost every possible scenario and has seen it all.

He has been down, down to the places where few people come back and has touched the limits very few have crossed.

He has been on front pages of newspapers and magazines, thousands of articles have been dedicated to his name and after his scintillating innings against Steve Smith’s side, hundreds more will pour in.

What does a man say about de Villiers when so much has already been said about him? People have to make up superlatives for him because they are running out of ways to describe this man. He brings the Marvel universe to life on the cricket ground.

I may be wrong here, but I feel that love for athletes is different than the love for artists. There is something very personal to it. I have always been mesmerised by the passion of subcontinent people for football.

There is not one subcontinent team that plays at the international level, yet people go crazy for players like Cristiano Ronaldo and Lionel Messi. Their fans watch the matches with such zeal as if their national team is playing.

I never understood that until I fell in love with AB de Villiers.

I watched South Africa matches with the same passion I watch Pakistan cricket. I have followed RCB since he has been a part of it. I cheer for them even when no Pakistani player is playing in the IPL, let alone for RCB.

I first saw Ronaldo playing for Portugal in the 2006 World Cup and much like everybody else I loved his game. But I could never follow him because I was not too fond of football.

My love for cricket never allowed me to love football because football has always overshadowed cricket.

I wanted cricket to be the most popular sports in the world. I wanted people to see how beautiful Test cricket is, which I can feel in Virat Kohli’s voice when he is talking about Test cricket.

Much like Messi on a football ground, de Villiers makes the impossible look simple, but they do it in a way so aesthetically pleasing it’s as if you are looking at your loved ones. You don’t want it to end.

The beauty of de Villiers is that he is incomparable. MS Dhoni will always be compared to Ricky Ponting when it comes to captaincy, Adam Gilchrist and Kumar Sangakkara when it comes to keeping, Michael Bevan when it comes to finishing. Virat Kohli’s name will forever be attached to Sachin Tendulkar, Babar Azam to Kohli’s and so on.

But de Villiers is the only one. 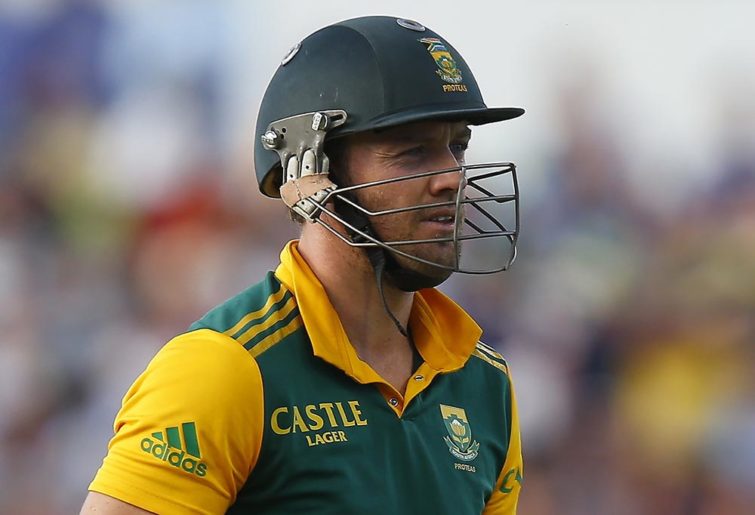 Equally astonishing as the fastest ODI hundred, but people forget that.

All good things must come to an end. But as Betty Draper in the Mad Men said, “I know people say life goes on, and it does, but no one tells you that’s not a good thing.” When de Villiers announced his retirement from international cricket, it sent shockwaves around the cricketing world.

We found hope in his IPL career to catch the final glimpses of him, and when it ends we will lose a cricketer that will not be replaced. May that day be far, far away. 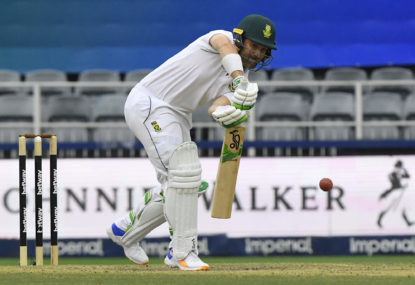 What a fantastic win it was for India in the first Test against South Africa in Centurion. 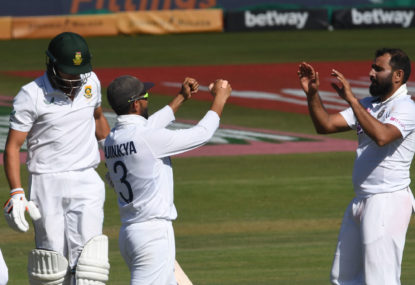 South African cricket has been left stunned by the sudden retirement from Test cricket of wicketkeeper-batsman Quinton De Kock at the age of 29.

India seamers Jasprit Bumrah and Mohammed Shami took three wickets each as the tourists bowled South Africa out for 191 to claim victory by 113 runs just after lunch on the fifth day of the first Test at Centurion Park.

A five-wicket haul by seamer Mohammed Shami has helped India claim the upper hand on Day 3 of the first Test against South Africa in Pretoria.