The AFL preliminary finals have been played and won, and now we know: it’s Richmond and Geelong in the 2020 AFL grand final. Here are my talking points from the weekend.

Chris Scott and the Cats finally break through
Saturday night was Geelong’s fifth crack at a grand final berth in nine years since they last qualified in 2011. And after four failed attempts, they have finally made it through once again to the deciding match of the season.

In the end, they turned out to be by far the more comfortable of the two preliminary final victors this weekend, appearing in control of the match from start to finish.

For all that dominance they only had a five-point advantage on the scoreboard and, given how many ways the Cats have found to lose a prelim in recent years, Geelong fans must surely have been nervous. But they needn’t have worried – Brisbane’s comeback surge never came, and the Cats romped home to win by 40.

It sets up a grand final that, if we’re being honest, is the opposite of what most neutrals were hoping for this time last week – but a more genuine clash of titans would be hard to come by.

Ironically the first grand final played outside Victoria will be the first in nine years to only feature Victorian sides, but the narrative going into the game extends far beyond that.

It’s a clash between probably the two best and most accomplished midfielders of the last five years in Dustin Martin and Patrick Dangerfield, the latter finally getting a chance at premiership glory after a 268-game career with the Cats and the Crows.

It’s a chance for the likes of Gary Ablett (who was in outstanding form) and Joel Selwood to cement their legacies and add another final golden layer to their already storied careers, a chance for Chris Scott to finally get the critics off his back for good.

It may not be the grand final many were barracking for – but it promises to be unmissable high-stakes drama no matter which way it plays out. 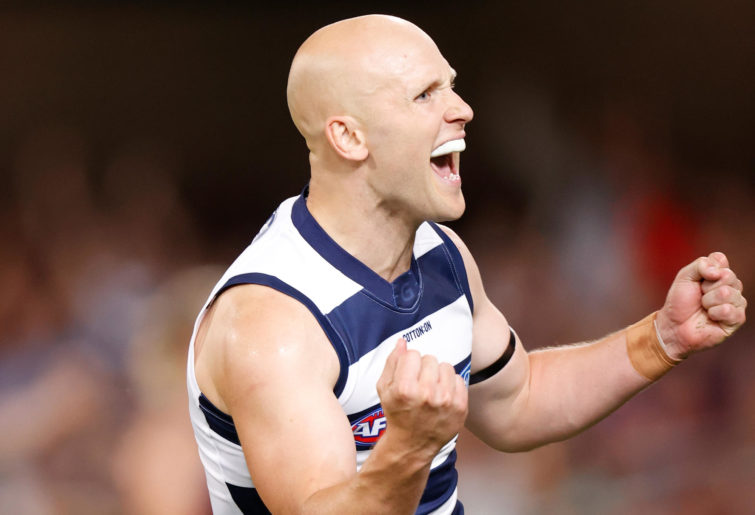 Tigers and Tom get the last laugh
There was a fair bit of feeling in the lead-up to Friday’s preliminary final after another high-profile incident involving Tom Lynch last weekend had his name on everybody’s lips.

Hamish Hartlett said in the lead-up to the game that “there’d be plenty of people out there who would like to see his season come to an end”, and it was clear from the first quarter that Port were making an effort to harass Lynch when given the opportunity.

Xavier Duursma kicked Port’s second goal of the match late in that quarter and found Lynch to give him a bit of verbal feedback in the celebration. And to a degree it almost seemed to work – although they never broke away on the scoreboard, it felt like Port were on top of the game in the first half, and Lynch had a relatively quiet night.

But footy can make you look like a fool, and that proved to be the case for both Hartlett and Duursma. They ultimately found themselves on the losing side, and neither without a moment to regret.

Duursma’s came in the second quarter when he was on the end of a beautiful kick from Connor Rozee near goal but failed to take what should’ve been a regulation chest mark. Hartlett’s was the moment that will be replayed ad nauseam, a deliberate handball out of bounds that set up Kane Lambert’s match-winner.

Many feel that free-kick was a horrible decision, while others feel that Hartlett failed to disguise a clear attempt to send the ball out of bounds. As with most umpiring matters, I’m not interested in wading too deep into the discussion, but suffice to say it’s a very weird rule where you’re allowed to do something only if you ham it up to a sufficient degree.

Did that free-kick cost Port Adelaide the game? Did their focus on Lynch distract them? They’re convenient narratives but I don’t think so.

Port simply lost their composure in the pressure of the final term and wasted too many opportunities by turning it over – simple as that.

They are left to hope that in the coming years they will get this opportunity again. You would suspect that someday 20-year-old Duursma probably will, but 30-year-old Hartlett might not be so lucky.

The 28-year-old was plucked out of the VFL in the 2014 rookie draft, and in the six years since he’s picked up not just those two premiership medals, but also been named in the 2018 All-Australian squad and twice finished on the podium in Richmond’s best-and-fairest.

He’s the kind of player who fades into the background a bit compared to some of the vibrant characters in Richmond’s line-up and is often forgotten by neutral fans. But mention him to a Richmond person and they will gush and rave over his underrated excellence.

The Tigers have a number of players who seem to give something extra when finals come around. Lambert is one of them, and never was that more true than in the final quarter on Friday night.

Port Adelaide looked like they just might break through the dam wall when, in the third minute of the final term, Charlie Dixon kicked a remarkable long goal to put them in front for the first time since early in the second.

But Lambert responded shortly after with a canny goal through traffic and then backed it up with a second, converting the set shot offered up by the free kick paid against Hamish Hartlett.

Those moments stole back a game that at times it looked like Richmond would lose. The likes of Dustin Martin and Toby Nankervis, in particular, both made enormous contributions to Richmond’s victory, but without Lambert’s composure and class, the night would have been lost.

A well-deserved moment in the spotlight for a player who doesn’t often get them – and if he can do the same again next Saturday he’ll write himself deeper still in Richmondite history. 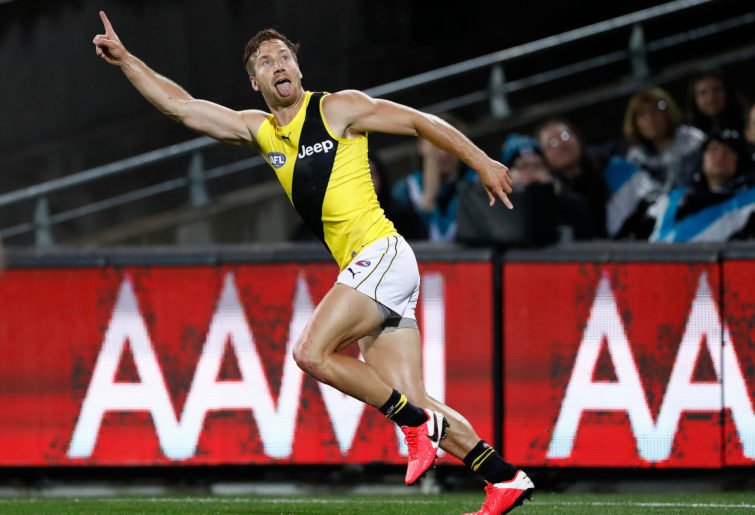 Lachie Neale will be a deserving Brownlow medallist
Brisbane will find it hard to take any positives out of Saturday night. Presented with a once-in-a-lifetime, maybe only once-in-history chance to play in a grand final at the Gabba, they were disorganised and disappointing more or less from start to finish.

Not many of their players would come out of the match feeling like they could hold their heads high, but one of the few who should is Lachie Neale, who did everything he possibly could to will his team over the line.

Neale finished the match with a stat line of 24 disposals, eight clearances and two goals. You could make a pretty solid argument for him being best on ground, even in a losing effort.

It’s going to be a rollercoaster 24 hours as, barring an unlikely upset – which does happen from time to time – we’re expecting he’ll follow up a preliminary final loss on Saturday with a Brownlow Medal win on Sunday.

Travis Boak and Christian Petracca are both reasonable chances in tonight’s count, but realistically, it’s hard to see either of them outdoing Neale, who took favouritism for the medal early in the year and hasn’t ever really looked close to giving it up.

That will be a fitting and well-deserved reward for a player who was already an elite midfielder at Fremantle but has stepped up another level in his two years with the Brisbane Lions.

The only disappointments will be these – that the COVID-impacted season will prevent his old teammate Nat Fyfe from being the one to award him the medal, and that he will win the award knowing his and his club’s season is already over.

At least he’ll be able to have a drink.

Brad Ebert’s brave moment defines a career
One of the best and worst things about football is that it’s absolutely brutal. It’s not a movie, there are no confected or contrived happy endings – only the harsh reality that for there to be winners there must be losers, and usually more of the latter than the former.

With the minutes fading away in the final quarter on Friday night, Brad Ebert had a moment that deserved to be rewarded with a grand final berth – the kind of moment that, had Port Adelaide won, would’ve defined the match and been written into the club’s footballing lore.

Port Adelaide were down by four points with a little over six minutes to go and Jack Riewoldt was poised to take an easy mark close to goal from which he may well have put an earlier end to the Power’s hopes of victory.

Showing the trademark courage that has defined his career, Ebert went back with the flight of the ball to deliver a crucial spoil which prevented Riewoldt from taking possession and left Port Adelaide with still a fighting chance at victory.

Unfortunately, in doing so he suffered (not for the first time) a concussion, which brought his game to an end. His teammates were left with the task of rewarding his courage, but try as they might they could only fall short. 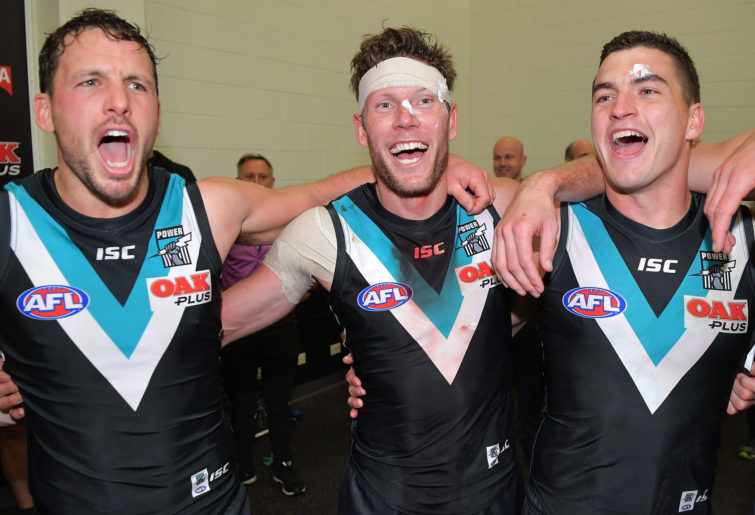 The latest in a serious of innumerable courageous efforts from Ebert proved to be the last, not just of his match or his season, but of his career, as Ken Hinkley confirmed in the post-game press conference that he would retire from the sport.

It’s heartbreaking to know that while Ebert did everything he could to deserve another week in the game and a chance at the ultimate success, he won’t get it.

Football is, as we acknowledged, a brutal game like that. And the difficulty of achieving success, the heartbreak that happens along the way, is one of the reasons why we love it so.