Have the NRL’s critics finished wiping egg off their faces?

The Messenger
Roar Rookie
3 days ago
72

Next Sunday, 40,000 people will half-fill Sydney’s Olympic Stadium for a grand final that had no right to happen.

Well, that’s if you listened to the doomsayers who queued up to sink the boot into Peter V’landys before the NRL season restart.

When V’landys unveiled his ambitious target to reboot rugby league by May 28 following the first wave of the COVID-19 pandemic, his critics were as strident as they were predictable.

In mid-May, Collingwood president and human headline Eddie McGuire said: “The AFL wants to show social leadership, they don’t want to be out like the NRL spruiking different ideas, we’re going to be model citizens.”

McGuire found an unlikely ally in Peter FitzSimons, who asked: “Is there an industry more at risk of spreading COVID-19 than the NRL?”

The eventual answer to hanky head’s hysterical question? Yes — virtually any other industry you could name.

Given how many code warriors took up arms against V’landys, you can be sure a single case of coronavirus contracted in an NRL stadium would’ve received blanket coverage.

Plenty of pessimism came from inside the tent, too. Phil Gould — a man who prefers to snipe the game’s administration from his soapbox than ever have a crack himself, despite years of public flirtation — insisted the NRL would not return until there was a vaccine for COVID-19.

“No chance in the world,” said Gus, also raising the spectre of clubs folding.

But as this corona-hit campaign approaches its final instalment, the NRL isn’t just limping to the line — it’s gathering steam.

A pulsating finals series will culminate with 40,000 fans inside ANZ Stadium — an inconceivable prospect six months ago and by far the most normal decider of the four football codes in 2020.

The two clubs that faced the biggest imposition — the Warriors and the Storm — both aimed up, and the adopted Sunshine Coasters are in line for yet another piece of silverware.

The Raiders suffered the competition’s worst injury toll, no doubt linked to the disrupted calendar and bye-less fixture, but Ricky Stuart never used that as an excuse. 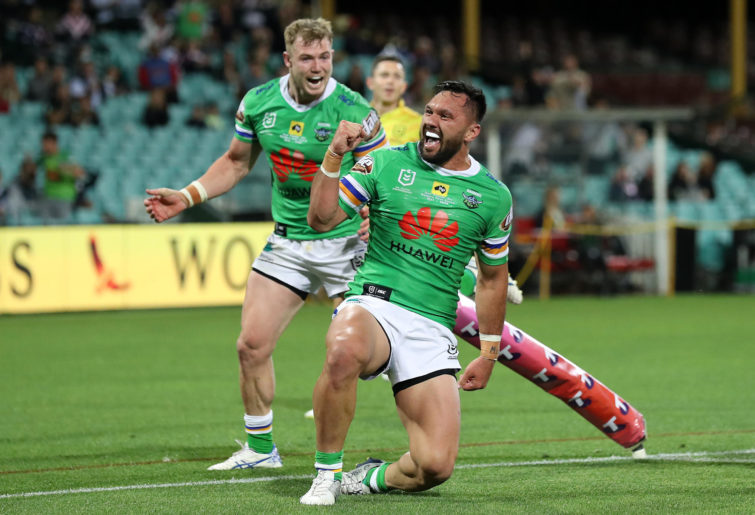 Sure, the NRL hasn’t been free of controversy. It wouldn’t be rugby league without the kind of unedifying headlines attached to Sam Burgess and Addin Fonua-Blake and Bronson Xerri and Michael Jennings…

And although V’landys’ six-again edict has sped up the game, opinion remains split over its application by the whistle-blowers.

But while Australia’s biggest football code was forced to move their grand final 1600 kilometres away, tinker with something as essential as the length of their matches and cop complaint after complaint about the quality of the endless midweek contests that filled up their unfollowable fixture list, the country’s second-biggest game boasts the rarest of commodities in 2020: normality.

Besides some empty seats, the date on the calendar and the fact that the Roosters won’t be there, precious little looks different about the 2020 grand final than we expected before the outbreak of COVID-19.

Imagine telling that to the critics back in May.