South Sydney are the first team in 20 years to lose three straight preliminary finals, but Wayne Bennett is confident his team can only improve next season.

The Rabbitohs’ 20-16 loss to Penrith on Saturday night added another year of torment for Bunnies fans, after their stellar run from sixth to the third week of the NRL’s finals.

They were beaten by the Sydney Roosters in the 2018 grand final qualifier, before falling to Canberra last year.

In turn, it makes them the first side since Parramatta between 1998 and 2000 to fall at that stage for three consecutive years.

“I think we’re a better team than we were last year,” Bennett said.

“And if we can be better next year hopefully it’ll get us over the hurdle and put us in a grand final.

“We had a great end to the season, there’s no doubt about that. We struggled at the beginning and we struggled when we came back from COVID.

“But each week we got better and we played our best football in the last month. Lots to look forward to if we can handle it properly.”

The most electric team in the competition over the past three months, Souths were unable to replicate that fluency in attack on Saturday.

Penrith handled their edges well, while Cody Walker was well contained and Damien Cook managed just one run out of dummy-half.

But it’s scary to think how good they could be with ball in hand when back to full strength next year.

Latrell Mitchell should start the season fit on return from a hamstring injury, while James Roberts will also be able to slot back into the side.

Jai Arrow will also be added to the pack, while the likes of Bayley Sironen and Keaon Kolomatangi will no longer be in their first full season.

Their only real loss comes in the form of Ethan Lowe, with Bennett confirming the injured Queensland State of Origin second-rower would retire.

“We’ve overcome so much this year with injuries and that,” Bennett said.

“We just kept patching the team up and getting on with life.

“We’re not losing anyone that (played Penrith), and if we get the injured players back that’ll be good as well.”

Penrith’s magic number has emerged after making NRL history with a record-equalling 17-straight wins to make their first grand final in 17 years with a 20-16 victory over South Sydney.

Tonight’s Week 3 NRL finals fixture features a do-or-die clash between the Penrith Panthers and the South Sydney Rabbitohs at ANZ Stadium. Here is all the information you need to watch the action live.

Spots in the NRL grand final at the end of the craziest season in history go on the line this weekend. Here to tell you who is going to the big dance and why are The Roar’s NRL expert tipping panel.

Error-ridden Souths vow not to change

South Sydney make the most errors of any team in the NRL preliminary finals but the mistakes come as a trade-off to their point-scoring prowess. 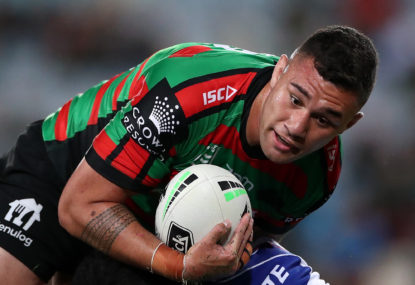 Error-ridden Souths vow not to change