After Daniil Medvedev won the title last year, this is the second consecutive year where a Russian has triumphed at the St Petersburg Open. Following his 7-6 (5), 6-4 win over the Coric in the final, Rublev has jumped to a career-high ranking of No. 8 in the latest released ATP rankings, displacing Diego Schwartzman and has enhanced his chances of qualifying for the year-ending ATP finals.

While Rublev won the final in straight sets, he recorded come from behind victories in the semi-final against Denis Shapovalov and in his Round of 16 contest against Ugo Humbert after the soon to be 23-year old Russian trailed one set to love against both these opponents.

With his title wins in his home tournament at St Petersburg and at Hamburg on clay prior to the French Open, Rublev now has won two back to back ATP 500 tournaments and has tied with the World No.1 Novak Djokovic as the highest number of ATP titles won so far this season. 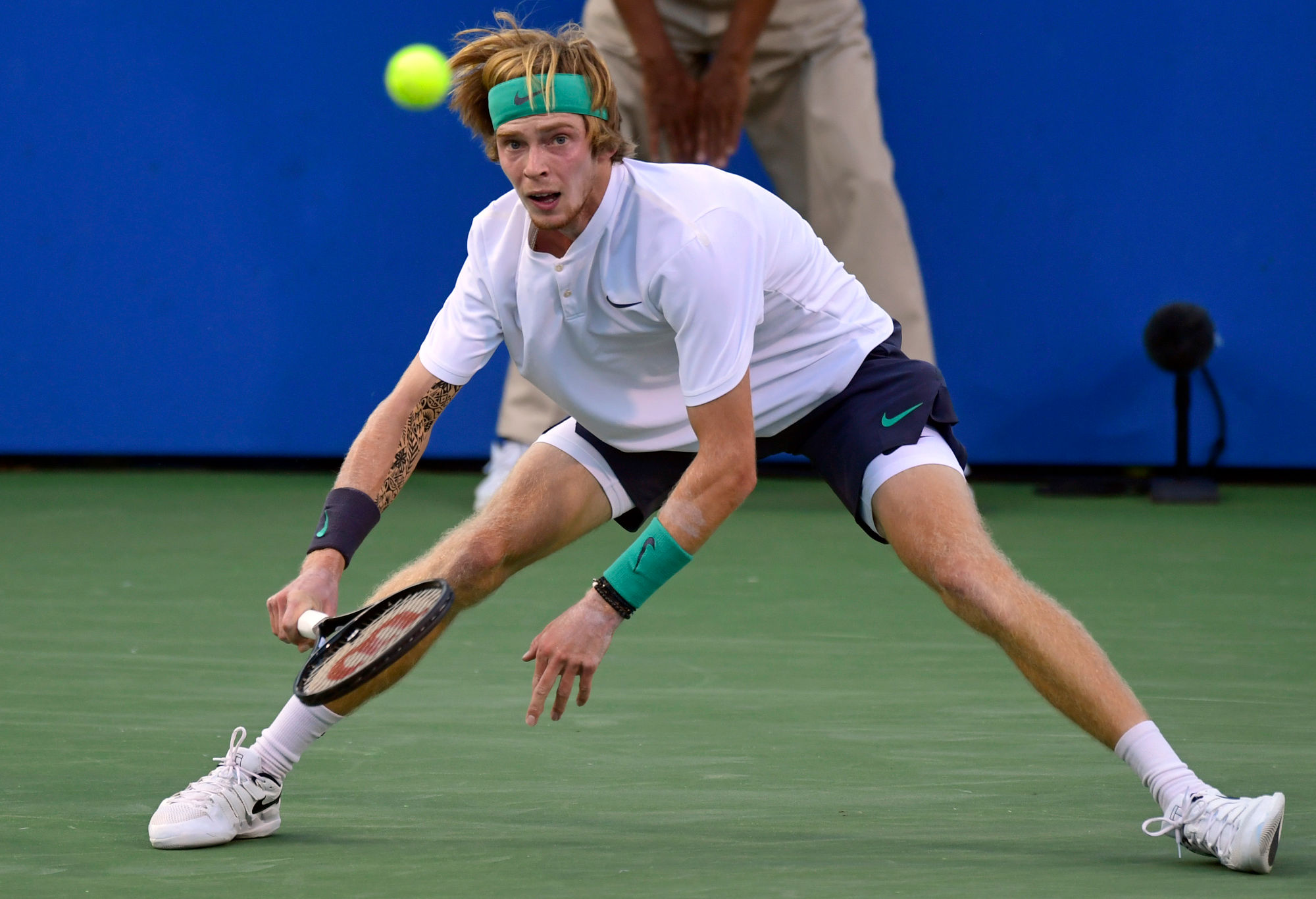 Borna Coric, who just lost a solitary set before meeting Rublev in the final, yet again had to go through the disappointment of losing in the final after being a runner-up at the event last year as well, comprehensively losing to Medvedev.

Medvedev, who had a breakthrough 2019, is going through a string of subdued performances this year, and his disastrous 2020 continued as well. The defending champion crashed out of the tournament in his Round of 16 contest at the hands of tall American Reilly Opelka 6-2, 5-7, 4-6.

In spite of losing in his third-round contest to a little-known Hugo Gaston at the recently concluded Roland Garros, one hoped the fifth-seeded Stan Wawrinka, the fallen hero, would rise up to the challenge. However, after surviving a scare against Britain’s Dan Evans in his opening round, the three-time major champion had no answers against Shapovalov’s exuberance as the veteran Swiss was sent packing in straight sets 4-6, 5-7 in his quarter-final clash.

The 2016 St Petersburg Open finalist has been title-less for over three years now and he may be well past his prime following a series of lacklustre performances.

Milos Raonic, who was a runner-up at the Cincinnati Masters earlier this August, stumbled at the US Open, losing to his compatriot Vasek Pospisil in the second round, but seemed to be on a roll before he locked horns against Coric in the semi-finals. The 29-year-old Canadian won seven sets in a row and was halfway into the final against the 23-year old Croat after he won the first set, but Coric turned the match around to win the next two to eliminate Raonic.

Nonetheless, the 2016 Wimbledon runner-up Raonic can take a lot of positives from his performances at St Petersburg Open as he prepares for his next assignment at Antwerp.

Shapovalov, another contender for the remainder of two spots at this year’s Nitto ATP finals, lost the plot after winning the first set in the semi-final against an inspired Rublev and lost the next two not only to lose the match, but also to lose the crucial points in the lead up to the year ending finals.

Following the conclusion of the St Petersburg Open, the action now shifts to the European Open in Antwerp, followed by another ATP 500 tournament in Vienna and it would be intriguing to follow the remainder of the hard-court season in the lead to the year ending finals.