Michael Long’s goal in 1993, Alex Jesaulenko’s mark in 1970, Heath Shaw’s smother in 2010, Matthew Scarlett’s toe-poke in 2009, Mark Yeates’ bump in 1989 have all gone down in football folklore and have ensured the men who committed those heroic acts will always be remembered.

However, there are always some small, or not so small, moments that have been just as significant but often forgotten as time passes.

Here we look at some five clutch moments that have shaped the destiny of an AFL premiership flag.

1. Amon Buchanan’s snaps the Swans in front – 2005
“Leo Barry you star!” is one of the most famous calls in sporting, let alone AFL, history.

When Barry flew across a pack of players in the dying seconds of the 2005 AFL grand final, his spectacular mark sealed the Sydney Swans their first premiership in 72 years.

It was one small leap for the man dubbed Leaping Leo, but it was a more gigantic moment than Neil Armstrong landing on the moon for long-suffering Swans fans.

But rewind the clock to seven-and-a-half minutes earlier. The Swans were down by five and there was a ball up near the top of the West Coast goal square. Jason Ball cleverly tapped it to the advantage of Amon Buchanan who ducked under a David Wirrpunda tackle, held off Rowan Jones before snapping a neat left-foot shot that ultimately became the winning goal of one of the best grand finals in history. 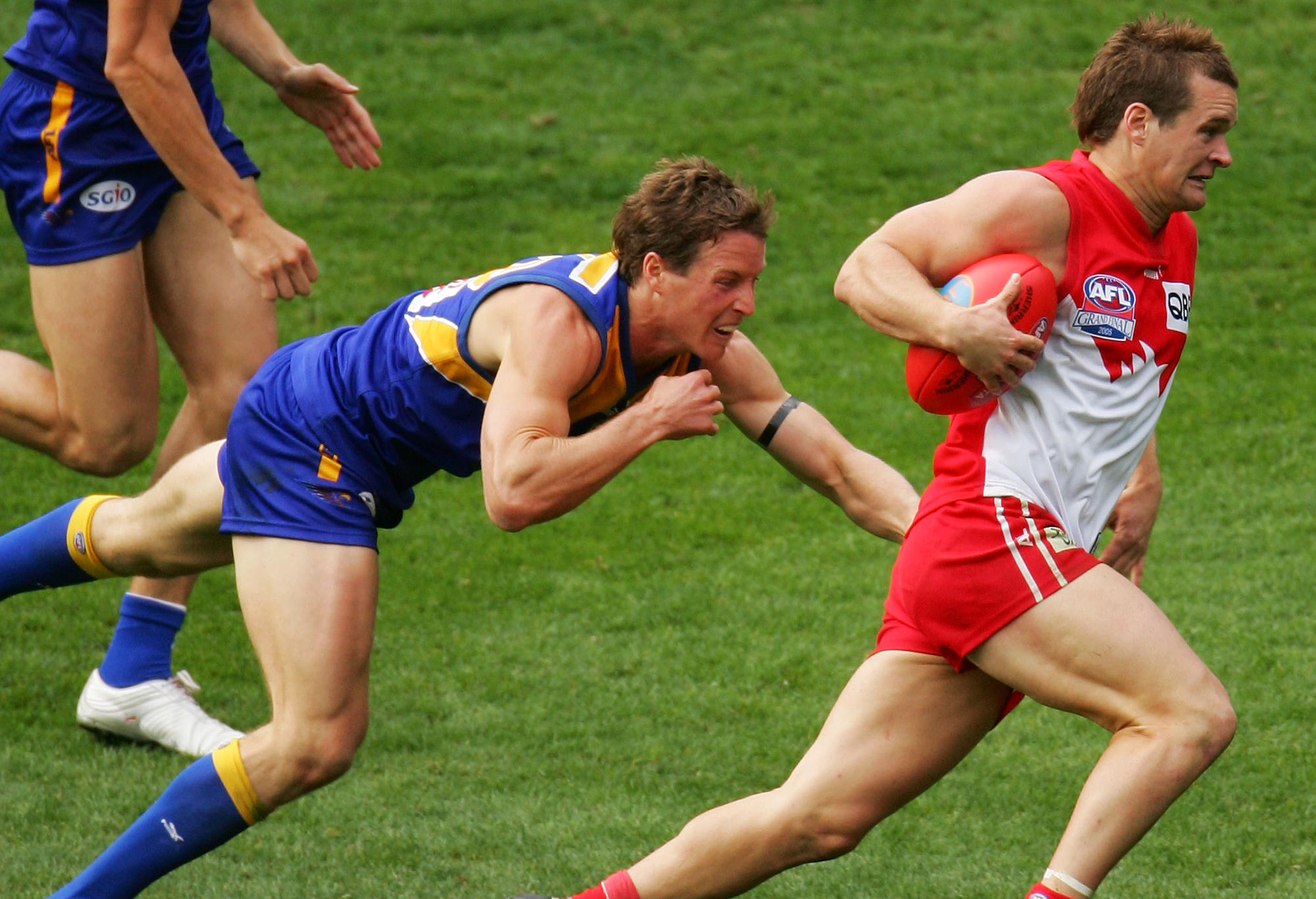 Funnily enough, if you ask most Swans fans who kicked the winning goal that day, many would scratch their heads to remember.

Buchanan played 116 games for the Swans before rounding out his career at the Brisbane Lions. Although it may be forgotten, it was the goal that sealed one of the most remarkable grand finals ever.

2. Ashley Mcintosh spoils the Cats party – 1992
Many people forget Geelong were nearly four goals up in the second quarter of the 1992 grand final. The Eagles came back to win by 28, a relatively comfortable win in the end.

Everyone remembers Peter Sumich’s six goals and Peter Matera’s explosive second half which saw him clinch the Norm Smith Medal, including a stunning 60-metre running goal from the wing to put the Eagles in front never to be headed again.

However, if we go back to that second quarter for a moment. The Cats were 18 points in front in the dying minutes of that second term and peppering the West Coast goals.

Not once, but twice, Ashley Mcintosh kept the Eagles in it with two trademark spoils to deny Billy Brownless. The first was from a John Barnes kick that landed just inside 50 that Brownless looked like clunking only for Mcintosh’s ever-present fist to punch the ball away.

Then, a minute or so later, the Eagles gave away a silly free kick which saw Robert Scott pump the ball deep into the Eagles forward line. Brownless was at the top of the goal square and looked like making amends for his previous missed mark, but once again Mcintosh got his fist to the ball.

Moments later the ball transitioned to the West Coast forward line where Sumich crumbed and snapped a left-foot goal to reduce the margin to 12 points. That two-goal swing kept the Eagles in it and deflated the Cats.

West Coast smashed the Cats in the third term to take a 17 point lead going into the final change and from then on they were never going to be beaten and went on to seal their first-ever AFL flag.

Malcolm Blight, to this day, says of the four grand finals Geelong lost between 1989 and 1995, this was the one that got away.

3. Lion-Harted effort seals the deal for Brisbane – 2002
In a game where the margin never reached double figures, it’s fair to say every moment counted. With five minutes left, Jason Akermanis snapped a goal with a busted groin to put the Lions nine points in front, which would end up being the final margin.

But seconds before the goal, just outside the Brisbane 50, Nathan Buckley had slapped the ball away and Leon Davis was about to swoop. But flying in from the side was 2001 Norm Smith medallist Shaun Hart, who bravely slid in among legs and bodies to somehow get the ball to Brad Scott who pumped it to the top of the goal square where Akermanis would seal the Lions their second of three consecutive premierships.

4. Rowan Jones you star – 2006
There were 25 seconds left in the gripping sequel to the 2005 classic. The Eagles were a point in front and determined to avenge the heartache of the previous year to the very same opponent, the Swans.

Daniel Kerr had the ball on the wing and kicked it to the middle, where it tumbled right into the centre circle.

Attacking the ball furiously from one side was 2005 hero Leo Barry, however, just as committed and coming from the opposite end was Rowan Jones, who looked more like a professor than a professional footballer. With both players having eyes only for the footy, Jones narrowly won one of the most important hard ball gets of his career. That contest would prove to be decisive with Jones managing to help the Eagles get the ball away from the Swans and soak up precious seconds.

The siren sounded not long after and the Eagles won in no small part to Jones’ willingness to put his body on the line when it counted.

However, an unsung hero in one of the toughest grand finals was the boy from Casterton on the Glenelg Highway, Max Rooke.

Known for his fearless approach to the footy, Rooke was involved in not one, not two, not three, but four crucial moments that would help heal the Cats’ broken hearts from 2008.

He kicked the opening goal of the game from 50 metres after running down Raphael Clarke. He soccered through the point that put the Cats seven points up with minutes remaining. He took the last mark of the game seconds from the final siren, before dribbling home a goal as his teammates celebrated.

But the moment that is often forgotten was his role in Chapman’s goal. After Ablett had pumped the ball into the St Kilda goalsquare, a sea of St Kilda and Geelong players went for the ball.

However, one man whose eyes never left the ball was Rooke who, running back with the flight, crashed the pack along with Cameron Mooney. The ball went to ground, where Shannon Byrnes worked it to Travis Varcoe who handballed and shepherded for Chapman to snap home the winner.

While Scarlett, Ablett, Varcoe and Chapman will forever be remembered for that passage of play. The role of Rooke, Mooney and Byrnes should not be forgotten. It epitomised the team-first mentality of the great Cats dynasty from 2007 to 2011.

Bold… but will it work? 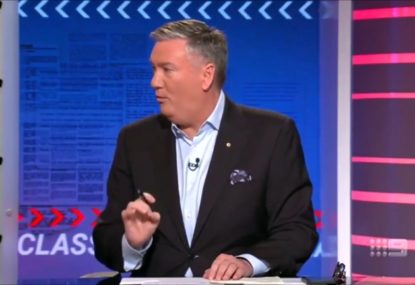 With just over a month to go until the finals get underway, several teams will be out to either keep their September hopes alive or start warming up for what lies ahead. Despite the lockdown being lifted in Victoria, matches played in the state will be played behind closed doors for at least the next […] 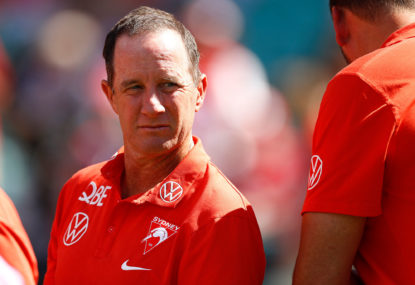 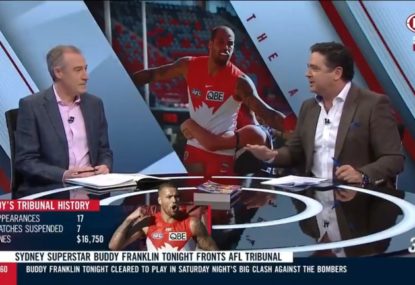