Mercedes are running away with the championship once again this year and there are calls for regulation changes.

A fortnight ago, I wrote about how there was no need for Formula One to make any changes, seeing as this is the first season since the introduction of the current set of technical and sporting regulations, and there has been little regard for how the failings of Red Bull and Ferrari have contributed to Mercedes’ great success.

Here’s where the similarities between Formula One and the Supercars Championship re-emerge.

Jamie Whincup was Scott McLaughlin’s main championship rival this year, but any threat posed by the seven-time champion diminished as the season went on.

Much like with Red Bull and Ferrari in F1, there were driver errors from Whincup and team errors from Red Bull Holden which allowed McLaughlin to extend his advantage. 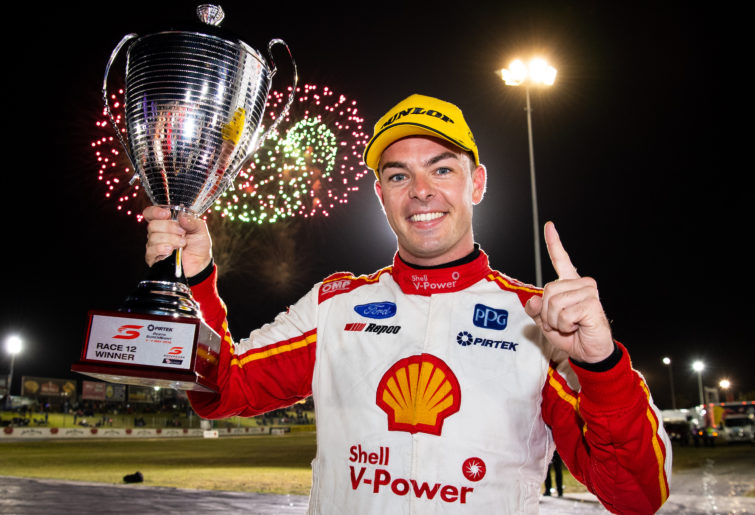 However, unlike F1, there have been no requests for Supercars to make changes – although this is probably because the quality of the racing has remained at a high standard.

That’s something that has also been influenced by tyre restrictions and the sprint race format, changes mainly made out of necessity due to the COVID pandemic.

I don’t think that makes my point any less valid though, seeing as when parity changes were introduced after McLaughlin’s dominant start to last year’s championship, a fair bit of opposition was generated.

While this opposition came mostly from Ford fans, it is nonetheless an example of how fans wanted the Mustangs to reap the full reward for what they had brought to the table.

You could say the same thing is happening in F1, except there is more support for changes to be made to stop Mercedes being streets ahead, hence the ban on changing engine modes. The FIA may hide behind their façade of wanting to police power unit legality – which, to be honest, is a pretty valid reason – but the timing of the ban makes it hard not to infer that it was an attempt to reel Mercedes in.

There was no backlash to this whatsoever.

At the end of the day, both Formula One and the Supercars are experiencing dominant spells from a driver at their peak and both championships will embark on major regulation changes in 2022.

But the Supercars fanbase seems to be more optimistic.

Perhaps it’s because Holden and Ford both have strong fanbases and so there will always be plenty of happy faces when either of them do well. You tend not to hear Mercedes fans shouting joyfully from the rooftops.

If some Formula One fans wish to be a bit doom and gloom about the sport , they’re more than welcome. I know all they want to see is some competitive racing.

However, as long as it continues to extend beyond a bit of healthy criticism and into a wall of negativity, you’ll find me with the Supercars crew.