In both Tests of this Bledisloe series to date, Australia have played a fast tempo, ball in hand style. They have mostly looked to move the ball quickly from the ruck to at least the third or fourth channel wide, though often the ball moves wider than that through hands. They have made plenty of exciting breaks, but they have scored only three tries in two games, while conceding six. This is not winning rugby.

Aside from the fact that Australia are continuing to leak tries at double the rate at which they score them, their turnover rate has worsened and they are missing tackles at a rate that no team can do and still win; 20 turnovers on a fine day and 40 missed tackles suggest what we know already – Australian players do not have the background, instincts or skills to play at a really fast pace, all the time.

They did in the 1980s, but that was a long time ago. The present style is one that New Zealand players are raised on, so we are trying to do something that does not match our own skill levels
and which does play to the strengths of New Zealand.

New Zealand are, however, a side still struggling to find the replacements for Jerome Kaino, Kieran Read, Brodie Retallick and Sam Whitelock. In their pomp from 2010–2016, New Zealand could grind out a win through their forwards, if they had to. That is not the case now. They have a combative forward pack, but they rely on high skill levels, rugby intelligence and pace to stay competitive. Consider the teams that they have struggled against in recent times – Ireland, England and South Africa.

New Zealand continue to have superlative backs – in my view easily the best in the world and the best in terms of depth. They have power, pace, the ability to execute basic skills consistently under pressure and the rugby IQ to transition rapidly from defence to attack and vice versa.

Australia does not have, at present, a forward pack that can match the best in the world, but by playing a more narrow game they can look to play more to their strengths and do more to play away from those of New Zealand.

Australia should be looking to vary their play with an emphasis on attacking within the close channels around the ruck, which is something both Queensland (when playing well) and the Brumbies both do. New Zealand still look to move forwards and the halfback rapidly away from the ruck to wider areas so that they can produce turnovers and swing rapidly from defence to attack, with forwards in place to ensure continuity of counter-attack possession and supporting ball runners.

While no New Zealand side will ever yield easy metres in the forwards, the close channels are the place to attack. This also works to the strengths of players such as Lukhan Salakai-Loto. Attacking in narrower channels should be done intelligently, by switching the point of attack from one side of the ruck to the other and using half-back snipes and inside passes as opportunity presents.

The Brumbies do this better than any other Australian side. With White as the starting halfback and director in this area, it shouldn’t be hard to do. Turnovers, when they happen, are also less immediately perilous, because the turnover is where the traffic is heaviest. This is why the Brumbies tend to concede less tries directly from turnovers – they often manage to reclaim their turnover ball, forcing a stoppage and scrum, or a kick under pressure, which gives them back possession.

On this point, presently, Australia have only one clear area of play where they are relatively strong and that is the scrum. The beauty of scrums is that they also slow the game down. New Zealand like to play at pace, because over 40 minutes few teams can live with them at their chosen tempo. That is one reason why New Zealand score so often in the five minutes either side of halftime and also often pile on the points late in a game. 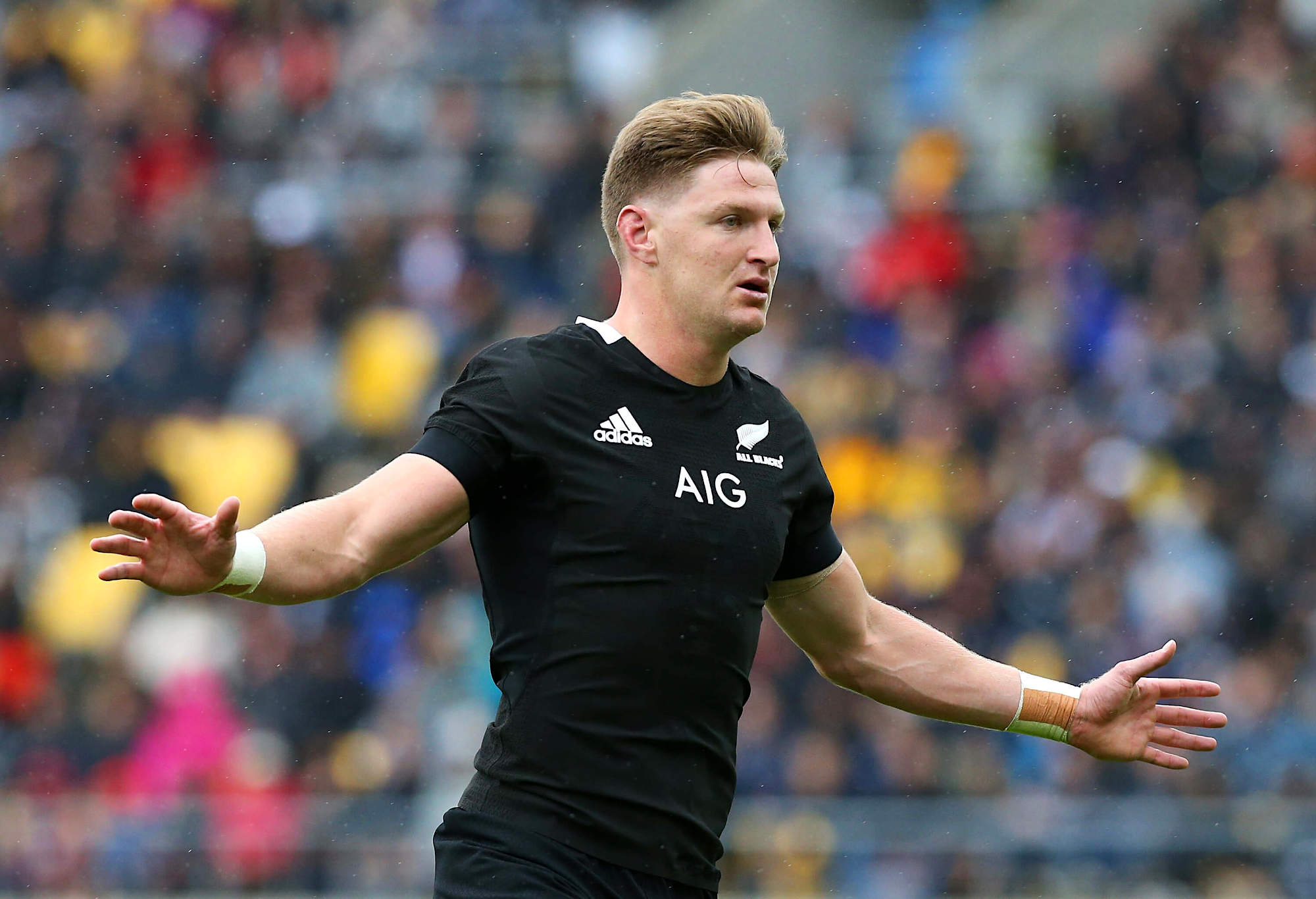 The deficiencies in cleanout technique and decision making have also been noted by several writers. Keeping the ball closer to the forwards offers less time and scope for the kind of one on one duels over the ball, which are not generally working well for Australia due to these deficiencies.

Playing a narrower style does not equate to ten-man rugby. The Brumbies actually play a fairly narrow style, but they know when to move wide. In my view, they are the only Australian side that shows a consistent understanding of this. You go wide when the opposition is disorganised in the wider channels. Otherwise, you are simply making your forwards work extra hard for no real benefit and plenty of risks.

The Brumbies also have a history of understanding the benefits of bringing the ball back, against the grain. In the first 50 minutes of the second Test, I didn’t see Australia do this once. It is a very effective tactic against tiring sides, but it is also effective at stopping sides from feeling comfortable in peeling away from rucks and throwing out a wide skirmish line of defenders.

At six minutes into the second Test, when Australia mounted a deep raid and were close to the New Zealand try line, the weakness was on the inside left channel, not the right, where Salakaia-Loto (who generally put in another solid performance) went. Often in Game 1, I was expecting an inside pass or a switch play, but they simply didn’t happen and new Zealand were able to stay comfortable in their preferred mode of defence.

Australia should also look to kick more. This does not mean the sort of mindless garbage that was punted out by Taniela Tupou and James O’Connor (both very fine players but not reliable kickers) in the last test. Kicking can be used offensively.

Against New Zealand, kicks should either go deep into touch if launched from inside the 22 (to prevent quick lineouts), even if that means surrendering a theoretical ten metres or so) or they should be heavily contested by chasers and a line of defenders. This may mean shorter kicks in general play, but length is deceptive because a kick that is not effectively contested and that is not supported by a line of defenders will rapidly surrender at least 20 metres as the return charges upfield.

Contested kicks are also stressful for defenders. Dropped ball has a good chance of playing on the mind, as well as yielding opportunities. Caleb Clarke is a fine player but he muffed a moderately contested kick in the second Test and I think there is the prospect of a vulnerability there. He needs to be made to feel vulnerable.

Contestable kicks also create the chance to move New Zealand out of their comfort zone. They like you to do a lot of the playing, partly so that you can stuff yourself with ball in hand and partly so that they can stuff you when you turn the ball over.

Contestable kicks put the pressure back on them. They have to try to take the kick, they have to try to hold the ball, they have to make decisions under pressure about kicking, passing, how many to commit to the ruck and so forth. Of course, bad kicks don’t do that and not many Australian players kick well, but though a rare breed, they do exist. Nic White is one.

To implement this approach to the game does require some selection changes. This is not about who is a good player and who isn’t; at this level, they are all superb rugby players. It is about players who can most effectively implement what you want to do. The forwards are basically fine, although we are in desperate need of an out-and-out lineout leaper – a player who is athletic and is 200cm tall or more.

Given present availability that may have to wait. For tighter exchanges, one might want to look at Liam Wright (for a bit of a beanpole he uses his body effectively and he is very effective at the ruck) to start for Ned Hanigan.

The real changes would be in the backs. O’Connor does not have the ability to consistently execute the kicking game needed at ten. He lacks, in my view, the penetration and defensive power that is needed at 12. Noah Loelesio and Irae Simone would be the players I would turn to, with Hunter Paisami, or Jordan Petaia at 13.

I would like to give Petaia a year to grow into his body, because my suspicion is that he needs some time. He is one of the few Australians who to me just looks world-class. Loelesio has the kicking game and Simone compliments him. I am struck by Lolesio’s demeanour and he reminds me, in so many good ways, of a young Michael Lynagh. 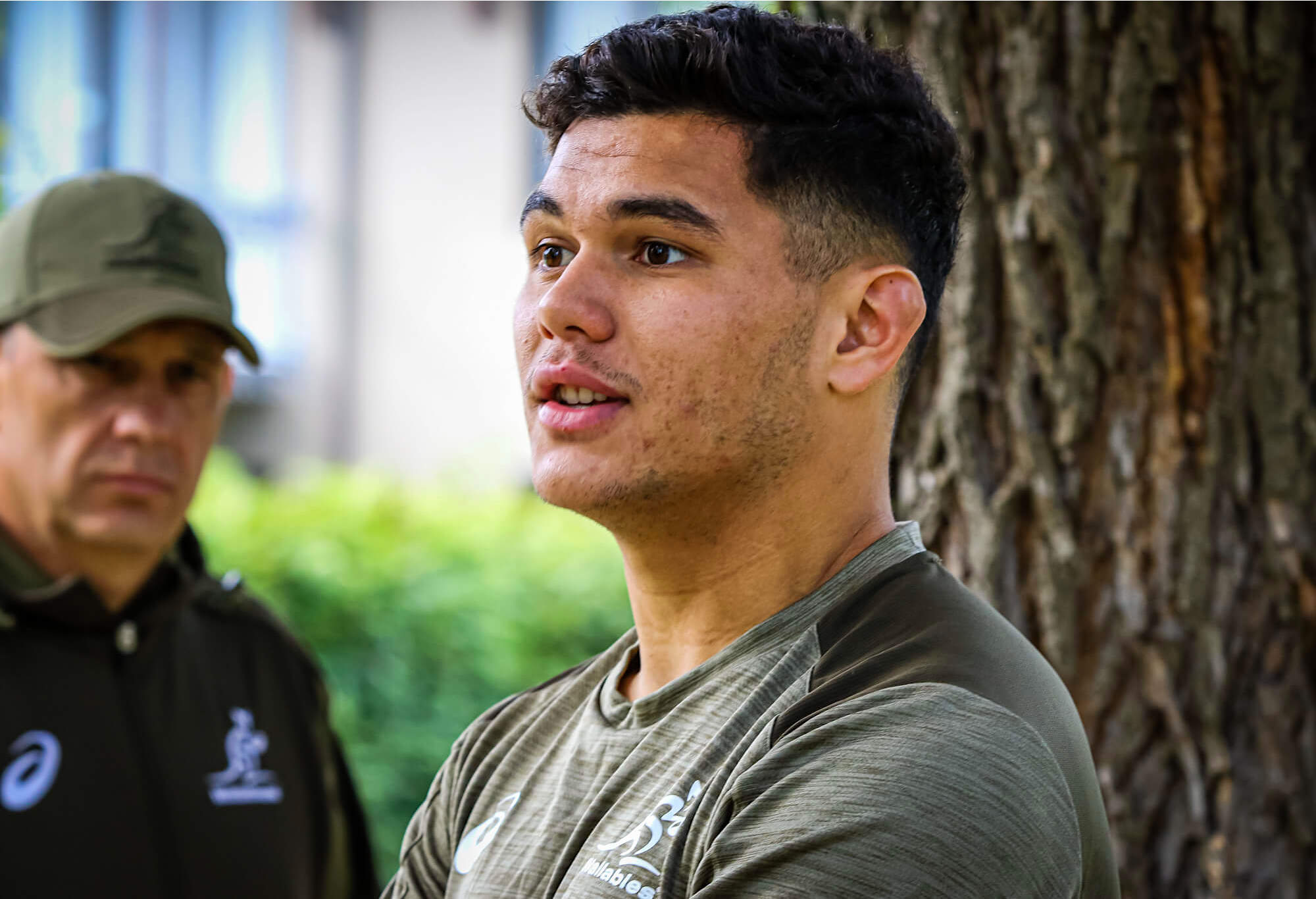 Simone has always impressed me and he has really come on since moving down the Hume Highway. He has pace, power and the ability to generate front-foot ball. He defends well. I am not totally sold on either of the present wingers but I am inclined to think they are about as good as are going around in Australia and Filipo Daugunu has done much better than I feared. He seems to be learning quickly and that is all you can ask.

Playing tighter channels around the ruck also provides opportunities to attack Mo’unga and Aaron Smith. Both are actually quite capable defenders, but burying them takes them out of play and neither are the strongest defenders in the All Black side. Why would they be? It is not the first requirement of their position, even in this day and age.

You will win occasionally against New Zealand by playing them at their own game but you won’t do it often. When Australia used to beat New Zealand it was by doing the basics well (set-piece and territory), but especially by pushing New Zealand in the areas where they weren’t comfortable.

In the 1980s that was often by a fast, wide game built off an excellent set-piece. In the 1990s and early 2000s, it was by a conservative, fairly narrow game that denied New Zealand opportunities. New Zealand are still world leaders in their backs and counter-attack. They are not so comfortable, or so strong when forced to play closer in and when denied space.