Rugby Australia chairman Hamish McLennan accepts RA must do more to unearth the next Indigenous Wallaby to follow in the famous footsteps of the Ella brothers and others like Kurtley Beale and Andrew Walker.

RA on Wednesday unveiled the 2020 First Nations jersey to be worn against New Zealand and Argentina in two games of the Tri Nations tournament starting next week.

Designed by Sydney artist Dennis Golding, the jersey pays tribute to each of the 14 Indigenous Australians who have played Test rugby.

Ironically – and alarmingly – the Wallabies side wearing the jumper to face the All Blacks in Sydney on October 31 won’t feature a single Indigenous player following Beale’s move to France.

“I think it shows that we’ve got to open more player pathways for Indigenous rugby players,” McLennan said when asked what it meant that the Wallabies were showcasing the jersey without Indigenous representation.

“But what it also says is that we’re very committed to an inclusive culture.

“We’re very proud of our Aboriginal and Indigenous heritage, and we’re going to promote it proudly.”

Gary Ella said rugby union trailed rugby league in the Indigenous ranks because it only turned professional in 1996.

“In the beginning, league was really dominant and if you have a look at the states outside of NSW and Queensland, AFL had a real strong base for a very long time,” Ella said.

“We’re gradually introducing the game to more Aboriginal communities around Australia (with the) Big Time (development program) getting players to be associated with sevens teams. 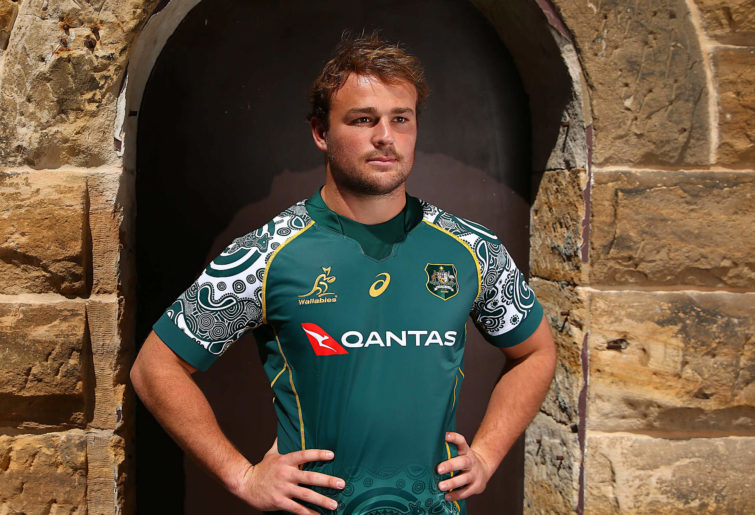 “We’ve had good success recently and having a lot more people going into Super, and there are now Aboriginal communities seeing that opportunity where they can play professional – and they’re looking for that opportunity.”

Haylett-Petty also wouldn’t rule out the Wallabies considering “taking a knee” in support of the Black Lives Matter campaign.

If they did, the Wallabies would be the first national sporting team from this country to do so.

“Sport has a lot of opportunity to join conversations and have a say and a lot of sports have done that,” he said.

“I can’t speak for everyone but it would be a great show of support. I think that would be a discussion to have as a group and we’d definitely consider it.”