However, of late we have witnessed the 32-year old Cilic crashing out of various tournaments in the opening couple of rounds. His straight-sets loss to Steve Johnson in the first round at the ongoing ATP Cologne 2 tournament is a prime example.

His series of lacklustre performances recently give us an impression that his fighting spirit and the intensity, the virtues that once defined Cilic so much, have deserted him dearly, leaving him to ponder solutions in order to get himself out of this stranglehold.

Marin Cilic’s stature on the tour elevated by leaps and bounds when he comprehensively beat another first-time Grand Slam finalist, Kei Nishikori, in the title clash to record his first and only Major at the US Open in 2014.

His straight-sets victory over Roger Federer in the semi-final at New York en route his glorious run to the title was by far the sweetest and most sensational win of his career so far and his first Grand Slam victory saw Cilic break into the top ten in the rankings for the first time since 2010.

Cilic has a versatile and balanced game, especially on the faster surfaces like hard courts and on grass. He makes excellent use of his height to produce some lethal serves and his consistent forehand coupled with decent court coverage made him an extremely dangerous player on his day.

All that was especially evident in spades in the period from 2014 to 2018 when he was fairly consistent across all the tournaments and across all the surfaces on the tour. During this time frame, which was also his golden run on the tour, the Croat won nine out of his 18 career titles that included his triumph at the US Open in 2014 and an ATP Masters 1000 title at Cincinnati in 2016.

While Cilic won the US Open in 2014, he was also a runner-up at the Wimbledon in 2017 and at the Australian Open in 2018, losing to Federer on both the occasions in the final.

However, following his title run at the Queen’s Club in London in 2018 where he overcame Novak Djokovic in three sets in the final, the Croat has been lacklustre and inconsistent for the major part of the tour thereafter.

With a disastrous 13-10 W-L record so far this year, the 32-year old Croat has failed to even qualify for a single quarter-final at any tournament so far in this pandemic curtailed 2020. As a result, Cilic, who was once a world number three, now finds himself languishing at 40th place in the rankings, his lowest rank since August 2008. 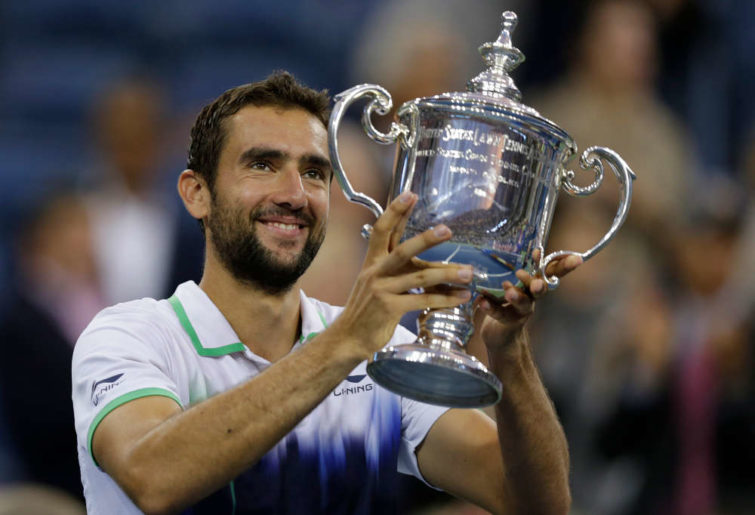 It’s not just his losses, but the way he is losing of late has been the saddest part about the story of his downfall. His semi-final run at Moscow last October where he was taken down by Andrey Rublev was his last significant and deep stride into any tournament.

The matter of fact is that he is now a lower-ranked player comes up with its own set of challenges. As a result of holding a lower position in the rankings, Cilic was up against the current world number three Dominic Thiem in the opening round at the recently concluded Roland Garros.

He was no competition to the reigning US Open champ, sorely losing in three straight sets and had to go through the disappointment of crashing out of a Major in the very first round, the first instance since he was sent packing at the same event in the first round back in 2016.

Once a giant-killer, a dark horse, a proven performer and the one who could challenge the best in business on his day with his ruthless aggression and strong determination is going through an extended period of a lean patch on the tour.

Being 32 years old now and going through crises, it remains to be seen if Cilic could rise like a phoenix from the ashes to resurrect his career. While he could certainly draw inspiration from his fellow veterans Rafael Nadal and Novak Djokovic, one can just hope that he doesn’t walk into the sunset, tapering off towards the end, the way the likes of David Ferrer and Tomas Berdych did in the twilight of their careers.