As reported by Sky Sports, financers are assembling a £4.6 billion ($AU8.5 million) funding package to back the development of a new continent-wide league comprising Europe’s biggest clubs.

This proposed competition would overtake the importance of the UEFA Champions League, with the new format rumoured to be starting as early as 2022. Let’s take a look at some positives and negatives of the proposal.

A handful of elite clubs across the continent are currently in negotiations to become founding clubs of the proposed competition
The number of countries involved will decrease as compared to the current format, making the competition more exclusive to the giants of European football.

The negative to this is that clubs from the leagues outside of France, Germany, Spain, Italy and England will never get the chance to compete against the biggest clubs in the world. There have been multiple winners of the UCL from clubs outside of the top five leagues.

On the other hand, it has been over a decade since this eventuated. The last time this occurred was in the 2003-04 season, when Jose Mourinho’s Porto triumphantly won their second European Cup.

Around four to five clubs from each country would be invited per season
Taking these two points under consideration, this would confirm a decrease in the number of clubs involved.

53 clubs competed in the qualifying system for the 2020/21 UCL. The number of clubs competing would then decrease to 16-18, albeit this would result in a simplification of the qualification process.

With the majority of matches being blockbusters, where does the excitement of a surprise, upset victory come from? Just overnight, Shakhtar Donetsk completed a shock victory over Real Madrid in the group stage, winning 3-2. You won’t get the chance to see these types of results in the proposed competition. 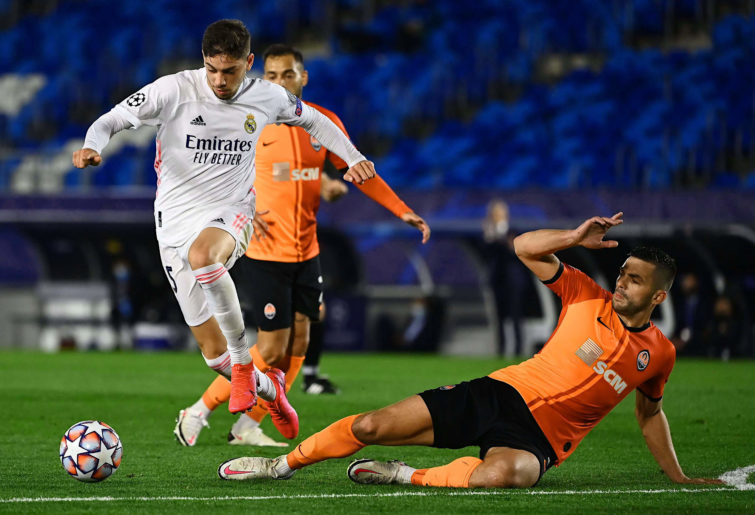 Home-and-away fixtures would be played during the entirety of the season
30-34 matches could be played before the knockout phase for each club within the competition if there are 16 or 18 clubs competing.

This makes the competition more draining compared to the UCL. Currently, clubs only have to play a maximum of 15 matches: six matches in the group stage and nine further matches if they make it out of the group and all the way to the final.

Compare this to the proposed 34 matches that clubs would be required to play before the knockout phase, which has not yet been shaped. Nonetheless, clubs would have to play a minimum of 19 extra matches in the proposed competition.

The current state of the game is in need of a diluted fixture, rather than filling the calendar. Kevin de Bruyne of Manchester City and Belgium, among other players, has expressed the need for longer breaks for players with a heavy schedule.

Wall Street bank JP Morgan is in negotiations to provide $6 billion ($AU8.5 million) of debt financing to help launch the European Premier League
The proceeds would be repayable from future broadcast income generated by the tournament.

It’s also reported by Sky Sports that other banks are expected to join the financing of the new project.

Obviously, there will be clubs seeking more profitable avenues. It was seen during the short-lived Project Big Picture proposal and it’s being seen once again here. With money comes power and with power, comes security. Interest will undoubtedly be shown from most clubs.

UEFA oppose the proposal, calling it “boring”
This comes as no shock, as UEFA would prefer the UCL to remain as the most superior European club competition.

I sit with UEFA. The proposed competition will become a drag and will also take the limelight away from the domestic leagues. This is something the current UEFA competitions have rightly chosen not to do, keeping football entertaining all season long. It will be hard to sustain for a competition that is repetitive.

I don’t sit well with the exclusion of approximately 35 clubs, taking them out of the spotlight they work so hard for in the domestic season. If anything, they should be trying to involve more clubs in Europe’s most prestigious competition rather than dropping them.

There will be ethical inquiries within deals like this. The question needs to be asked whether clubs are simply doing it for the money and power.

Under the proposal, the Champions League would still exist, however, it would be demoted to become the second-tier European competition. This would increase the number of European competitions to four, with the UEFA Europa Conference League that will sit at the bottom of the structure set to begin next season.

Ultimately, I don’t believe introducing this competition would be the right move for European football.

There is currently nothing broken about the UCL, and as they say, if it ain’t broke, don’t fix it.

What should we do with private school football?

In Episode 3 of the Soccer Doctors podcast Andy Harper floated an idea that private schools should step up and invest in licenses to join the SAP/NPL system. At first glance this idea has some merit.

What should we do with private school football?

The Macarthur player was caught calling Rudy Gestede “the worst striker to ever play for Melbourne Victory”.