The 20-10 win over the Sydney Roosters at ANZ Stadium continued a stunning three-season period of dominance in the NRLW competition, in which time the Broncos have lost just one game.

Coach Kelvin Wright said he was in awe of what the Broncos has been able to achieve in a campaign in which most players have been unable to work and are quarantined at home just to play rugby league.

As the only Queensland based team they have also been flying in and out of NSW on game day, including on Sunday.

“They don’t get it easy either. I know they sacrifice a lot but that doesn’t mean we let up on them,” Wright said.

“We demand a lot of our players all during the week in our training sessions.

“The sacrifices that we make have never been used as an excuse, so it’s well deserved.

“We’ve got four players out there that have all three, which is outstanding.

“Hopefully we can come back again next year and do it again, but it’s very sweet to do it this year and now that we’ve done it, it’s nice to be able to look back on history now that we have the three-peat.”

Continuing an era of excellence, the Broncos shot out to a 12-0 lead early but were pushed by a determined Roosters side at a wet ANZ Stadium.

Tries from Yasmin Meakes and Quincy Dodd got the Roosters within two points at halftime before the Broncos iced the final 30 minutes for their fifth win in a row in 2020.

It was a gutsy victory for the Broncos led by skipper Ali Brigginshaw who earlier in the week was awarded the Dally
M Medal.

Brisbane’s Amber Hall had a barnstorming return to the field after serving a one-week suspension for a controversial tackle on St George Illawarra’s Isabelle Kelly in round two.

The Broncos second-rower was awarded the Karyn Murphy Medal for player of the decider for her efforts.

Hall had a hand in two first-half tries within eight minutes and was difficult to handle on the left edge, finishing with 141 metres, four tackle-breaks, three offloads, a line-break and a try.

It was the second grand final loss for the Roosters, who went down to the Broncos 34-12 in the inaugural NRLW season in 2018.

“The girls know what it feels like to lose a grand final and eight of them have done it in 2018 as well,” coach Jamie Feeney said.

Journalist Brent Read wasn’t happy about suggestions the Broncos could face a player exodus if they don’t bring Wayne Bennett back to the club. 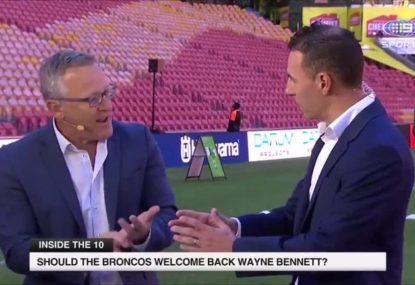 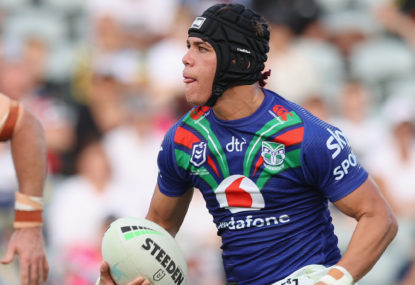 The depths of some footy fans’ dislike for the Melbourne Storm never ceases to amaze me.