Every time Stirling bats, he entertains the crowd. Not afraid to take on bowlers, Stirling has smashed bowlers all around the park en route to Ireland’s leading ODI run-scorer. Before Ireland became a Test-playing nation, I think it’d be fair to say that Stirling is one of the greatest Associates openers of all-time.

One of the greatest entertainers of world cricket, Chris Gayle opens alongside Paul Stirling in this XI. For the lack of singles he took, Gayle made up for it with sixes through both the on and offside. 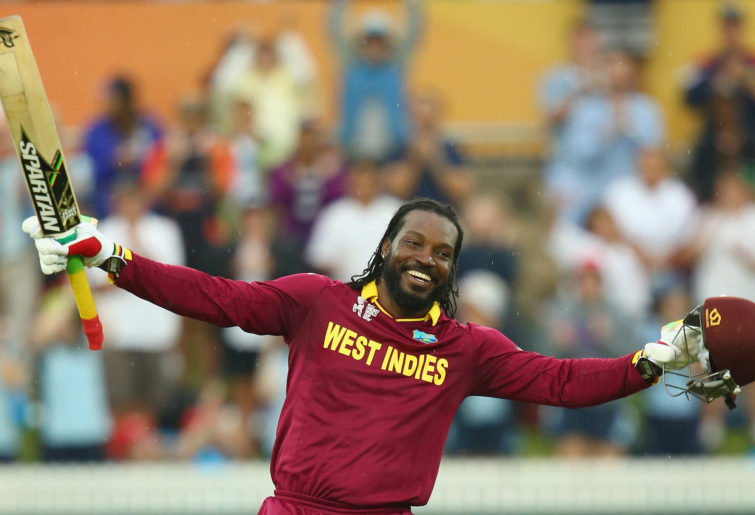 I’ve run out of adjectives on how to describe Kohli. The most complete batsman for all formats, Kohli has been a superstar for India in ODIs.

Whether it be playing cover-drives to the quicks or dancing down the wicket to the spinners, Kohli has the second most number of runs by an ODI batsman at first drop (9751 runs/average of 62.91) with only Ricky Ponting (12662 runs/ average of 42.49) ahead of Kohli.

India’s greatest one-day batsman alongside helping India win the 2011 World Cup and 2013 Champions Trophy, Kohli has nothing left to prove in limited-overs cricket.

Arguably South Africa’s greatest ODI batsman of all-time, AB De Villiers comes in at number four in this XI. Dubbed Mr 360, De Villiers won South Africa many matches single-handedly with the bat and his freakish batting skills were out of this world.

This is a bold prediction, but I believe De Villiers will hold two records for at least another 15 years – the fastest ODI hundred and averaging over 50 at a strike rate over 100 in ODI cricket.

Will there ever be a Bangladesh cricketer better than Shakib Al Hasan? Right now, the answer is no. Whether it be in the middle-order or at number three, Shakib has been a reliable batsman for Bangladesh in ODI cricket. His feats with the ball are amazing as well, luring batsmen with his accurate left-arm orthodox spinners.

For me, Shakib’s efforts in the 2019 ICC Cricket World Cup is the best individual series I’ve seen by a player in the history of the World Cup.

England’s greatest white-ball player, Jos Buttler has been a vital cog in England’s revolution as a one-day outfit. Often batting at six in his ODI career, Buttler has been the X-factor England have craved for many years.

Even when England played a boring style of ODI cricket under Alastair Cook, Buttler would be the one man I’d watch out for when he’d come out to bat. A safe bet behind the stumps, Buttler overtakes De Villiers with the gloves in the XI.

A highly underrated all-rounder, Abdul Razzaq had a successful ODI career for Pakistan. Clocking at high 130s, Razzaq was a wicket-taker in the middle-overs, and with the bat, he won Pakistan a few games.

To date, his 100 vs South Africa in Dubai ten years ago is talked about among Pakistan fans. Smashing 100 not out of 72 balls, Razzaq pulled off a one-wicket win for Pakistan despite needing 30 off 15 with one wicket remaining.

I respect Brett Lee and Glenn McGrath’s ODI achievements a lot, but Mitchell Starc’s exploits in the 2015 and 2019 ICC Cricket World Cups were hard to ignore.

To average 10.18 and 18.59 with the ball on batting-friendly surfaces during the World Cup shows Starc is a freak. Whenever he’s been given the ball in hand, Starc has rarely let his captain down and delivered with wickets.

What a bowler Shane Bond was for New Zealand. Sure, he missed more matches compared to when he played, but his record speaks for itself.

Hurrying batsmen with his pace, Bond had a successful ODI career for New Zealand in his short stint. Nowadays, you’ll see Bond in coaching positions such as the Mumbai Indians bowling coach or Sydney Thunder head coach.

Even when he was past his prime, Lasith Malinga won games for Sri Lanka. One of the greatest limited-overs bowlers of all time, Malinga was a wicket-taker.

Whether it be Mahela Jayawardene, Angelo Mathews or whoever captained Malinga during his ODI career, he delivered. Well known for being a wicket-taker, one cannot forget Malinga’s half-century at the MCG which saw Sri Lanka pull off a thrilling one-wicket win at the MCG.