They have scored 184 points. They average 26 points per game. They have run up 40 and 39 points in two games this year. Sure, they’ve played some good teams; the Packers and Seahawks both look like playoff teams, and games against the Bears and Panthers were probably coinflips before the season. But their farcical losses against the Cowboys in week 2 and against Detroit this week reiterate an organisation that needs to be scrubbed from top to bottom.

I can understand (to a point) the loss against Dallas where, in comical circumstances, their special teams play lead them to allow an onside kick to wobble untouched the requisite 10 yards for a Cowboys player to jump on it and retain possession.

With a curtailed offseason and lack of practice time, special teams probably have a number of new members who haven’t played together, and the collective noun for a group of new players is a “brain explosion”. Sports are a dynamic environment, bad things happen despite best laid plans.

But the scenes from this morning where they lost to Detroit are purely on the playcalling of the coaching staff who should have known better and have reinforced the misery running through this franchise since the late third quarter of Super Bowl LI.

Let’s recap this latest stuff-up: the score is 16-14 to Detroit with Atlanta in possession having driven from their own 24 yard-line (gameclock 3:09 when the drive commenced) with a series of impressive catches by young wideout Russell Gage moving them into field goal range. T

he series in question begins on the Detroit 21-yard line, first and 10, with 1:31 on the gameclock and Detroit having not used any timeouts. Todd Gurley’s first rush goes for 8 yards after an excellent second and third effort with a defender hanging off him to gain more ground. This forces Detroit to use their first timeout. Gurley then runs for a yard on second and 2 to force Detroit to use a second timeout.

Finally, Gurley manages two key yards on the ensuing third and 1 to bring about a new set of downs and force Detroit to use their final timeout. As the Falcons players head back to the sidelines to compose themselves for the final assault to the summit of Mt W, Gurley’s initial 8-yard run is the key play here that allows Atlanta to convert from subsequent second and third-and-short situations to burn almost all of the remaining game clock.

Atlanta are now in point-blank range of a winning field goal, Detroit have no timeouts left, Atlanta have one, and coming out of the timeout have 1st and goal from the 10 yard line with the gameclock showing 1:12. 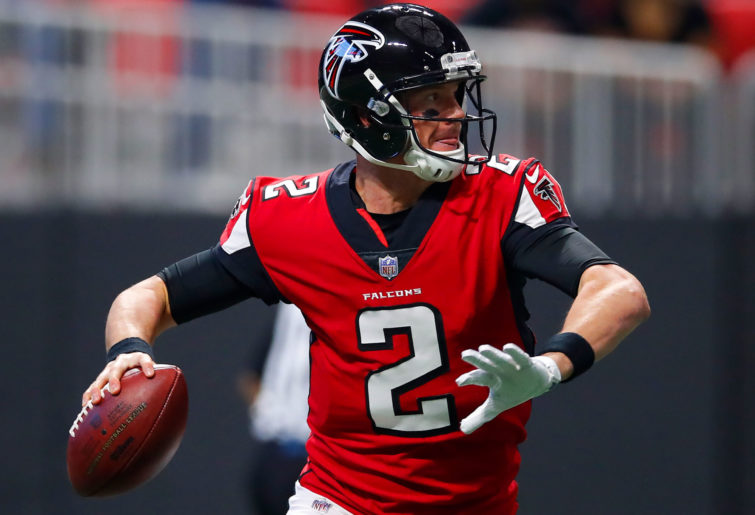 At this point, the wheels well and truly fall off. For the life of me, I have no idea why Atlanta are even running a play here and not getting Matt Ryan to kneel twice before calling timeout with 0:03 on the clock and getting the hell out of Dodge.

Hilariously, the Falcons then run the exact same play as the preceding 3rd-and-1, with Gurley running through a hole opened by his pulling right guard.

Gurley makes contact with the Detroit safety at the 6 yard line, then is released from the tackle and his momentum takes him barrelling towards the goal-line. I don’t know I put all the blame on Gurley; upon being released from contact he is clearly aware of the situation as he immediately tries to fall to the turf, but cannot avoid breaking the plane.

Touchdown Falcons, score 20-16, 1:07 left on the clock. The ensuing successful 2-point conversion at least forces Detroit to make a successful conversion. From this point you can bet houses that Detroit are going to march down the field and score despite not having any timeouts, and Matt Stafford duly obliges in finding tight end T.J. Hockenson in the end zone as time expires for the Lions.

Both of these stupid losses have come from simple errors in game awareness. In particular, they are mental errors from players coming out of timeouts. This falls on the coaching staff, who should know better. Why isn’t the hands player (presumably Hayden Hurst) diving all over that onside kick as it rolls towards him? 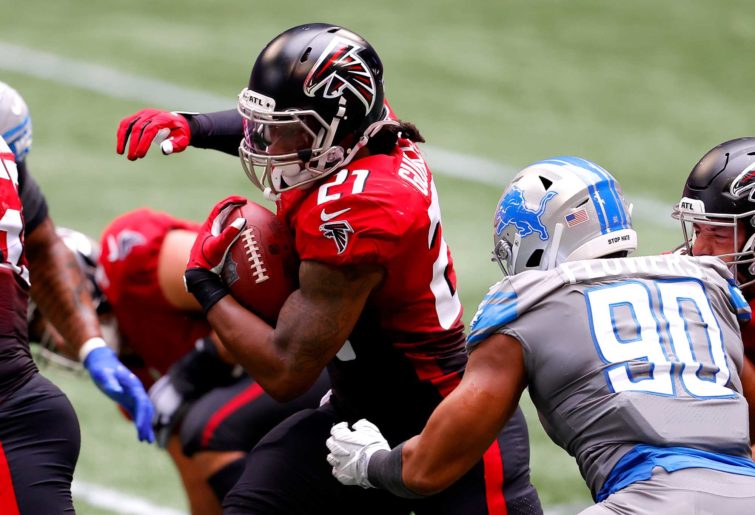 Who instructed Todd Gurley to run a normal play with barely over a minute on the clock with Detroit out of timeouts? Why are the Falcons finding ways to lose games when they have spent 59+ minutes adopting superior positions on the battlefield?

Frankly, I don’t see many more wins for the Falcons this season. Panthers week 8 is another coinflip. They might beat the Broncos week 9 before their bye. But coming out of the bye – Saints, Raiders, Saints, Chargers, Bucs, Chiefs, Bucs – they might very well go 0-7.

For a team that made the selling point of having 11 former first-round picks in their starting offense, that is proof that player talent is all for naught when the coaching is bottom of the barrel. There is a reason Dan Quinn got turfed this year.

Bad teams stay bad. Bad coaching staff stay bad. Atlanta are cruelly wasting the prime years of Julio Jones in amateur hour. Throw the 2020 tape in a bin, pile old “Super Bowl LI Champs” shirts that were never worn on top, throw all of that in a dumpster, set fire to it, and start scouting the top 5 of the 2021 draft. You’ve earned it.