Imagine it’s 10pm on November 7, 2020. The Wallabies, after years of either coming close or getting blown away by their Anzac cousins, have recaptured the Bledisloe Cup.

Under the expert stewardship of Dave Rennie and renewed leadership of Michael Hooper, a team has given the Kiwis a lesson in playing fast, accurate and clinical rugby.

There are some less than gracious comments emanating from the New Zealand camp, with under-fire boss Ian Foster lamenting the poor officiating by, incidentally, Kiwi match officials and numerous incidents of “foul play” when men in gold had the audacity to knock back a player wearing black.

His interview ends abruptly when he’s reminded of a direct quote from assistant Ian Plumtree, “All Blacks don’t cry.”

Headlines such as ‘All that glitters is gold’ and ‘Wallabies Turn Savage’ frame pictures of the winning Aussies parading the Bledisloe Cup around Suncorp Stadium the next day.

There are some excited, if unjudged, calls for Rennie to be given Australian citizenship.

Fast forward a few weeks and the Bledisloe win has been followed up by consecutive victories over a weary Argentina making the Aussies’ 2020 record read: won four, drawn one, lost one.

If the above were to actually happen, one would hope that even Rugby Australia couldn’t mess up that position. In this instance, all efforts would hopefully be pushed towards making sure that rugby union is on the front and back pages of every newspaper across Australia.

Current and former Wallabies should be rolled out for their take on the positive direction that the pinnacle of the game nationally is taking. Negotiations should begin with haste to secure the largest possible sponsorship opportunities and television rights deals available, with RA in the unenviable position of making a few demands of their own – albeit realistic, it’s the Bledisloe not the World Cup.

This will result in greater rugby union coverage on free-to-air channels and increased support of both men’s and women’s teams. 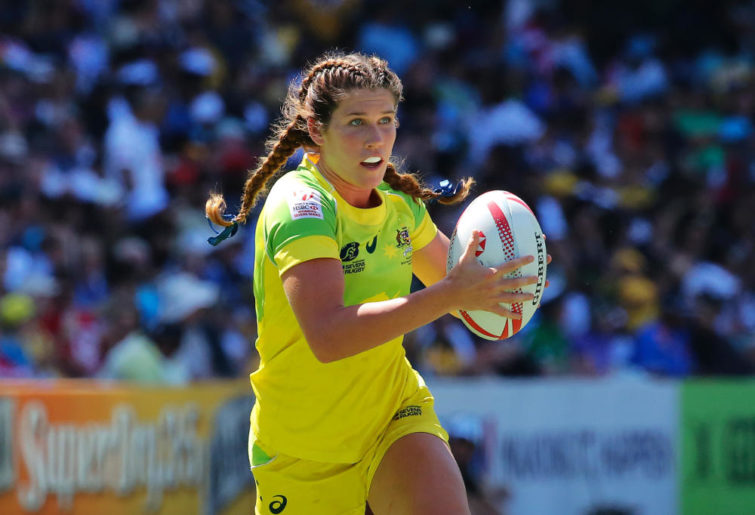 Going into 2021, the New Zealand Rugby Union recognise the error of their ways and ask Rugby Australia if they wouldn’t mind the Super Rugby Aotearoa franchises joining Super Rugby AU in some form. However, it comes a bit late, with RA having agreed with World Rugby as well as the unions of Fiji, Tonga and Samoa to include at least one Pasifika team in the competition to be based in either the Pacific Islands or Western Sydney (COVID19 dependent).

The medium-term plan is for each Pacific Island nation to have its own Super Rugby franchise and compete with the five Super Rugby AU teams in an eight-team competition.

It is later agreed that a conference system ‘should’ work moving forward. It is hoped that this will enable all matches to be competitive, with scope to increase the number of teams. Bit of a repeat here.

The 2021 and 2022 seasons both follow similar patterns as 2020, with the Wallabies retaining the Bledisloe and solidifying their winning trend. They go into the 2023 Rugby World Cup in France as one of the leading contenders.

The ‘Giteau Law’ is no more, as RA has thrown open the door for selection to any eligible player regardless of where they are based. The novelty being that the pull of the gold jersey has meant that the vast majority playing Australians are based at one of the Super Rugby franchises.

Domestically, rugby union has become the in vogue code of choice among the nation’s public and private schools, with growing calls for new Super Rugby franchises in Western Sydney and even South Australia.

NRL clubs are trying to pick up fringe players, the Super W competition has turned professional, and the Wallaroos are consistently fighting it out with the likes of England, France and New Zealand for dominance in the women’s game.

At this time, you can’t open a newspaper or turn on a TV without seeing a Wallaby or hearing about the next big player to sign up.

The game over the Tasman remains strong but a few years in the shadows of Australia has meant that many stars have gone to Europe to play or would-be All Blacks have joined the Pacific Island franchises. They will rally again though and there is begrudging acceptance that both sides need each other to ensure they remain at the top of the global game.

This could all be true. However, the first step is this Saturday. Win and it’s one step closer. Lose and the dream is gone.