Richmond has done what was seen as impossible by any right-minded person only four years ago and claimed their third premiership in that time. The dynasty is now sealed, but perhaps not complete.

If there has been one thing missing during this premiership era for the Tigers, it is something not of their own doing, and that is a legitimate rival or challenger.

When we think of any great era, there is normally one or more great rivalries to accompany it.

Hawthorn of the 1980s had first Essendon and then Carlton. They met the Bombers in five finals across 1983-85, including three brutal grand finals, splitting eyebrows, results and flags. The Blues had a 3-1 advantage in four finals against them across 1986-87, but they ended with one premiership apiece, defeating the other on the biggest stage.

While the Hawks lost these numeric battles, they won the war of longevity over both.

The ’90s didn’t give us any dynasties, splitting ten premierships over seven clubs.

In the 2000s, Brisbane had ‘if it bleeds you can kill it’ against the might of Essendon, and found a rival against a combative Collingwood in two grand finals and a qualifying final in 02-03 with a couple of closely fought contests.

Geelong of 2007-11, although as dominant a team as we have seen this century, did have a few worthy rivals. Their greatest opponent was Hawthorn over many years of memorable battles, the famous Kennett Curse going down in footy folklore. 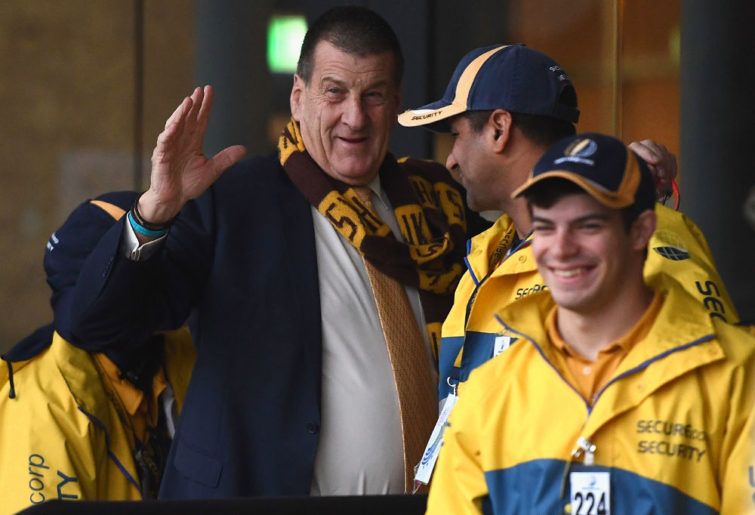 St Kilda and then Collingwood rose up to take on the Cats in a mini-era where the top two teams in any given season were light years ahead of their opponents. Geelong took them all on, and largely beat them, creating many storylines that live in the memory.

Hawthorn of the mid-2010s had Sydney as their main rival, both finishing in the top four for five years in a row, beating each other in one grand final apiece – the Swans claiming 2012 and the Hawks reversing that result in 2014. Of course, extra spice was added with Lance Franklin defecting from one to the other.

But when we look back on Tiger time of 2017 and beyond for a fierce rival, what will history recall?

Richmond has faced off against eight different clubs in four finals series leading to three flags.

While they have seen off Geelong in three finals, needing to come from behind in two of them, the Cats were never able to keep up the fight for four quarters and the average winning margin for the Tigers has been an ultimately comfortable 34 points.

Brisbane and Greater Western Sydney have played them twice. The Lions have a 1-1 record in finals, but have gone 0-2 in their other finals and not even made a grand final. The Giants lost by 36 and then 89 points.

Collingwood, inspired by Mason Cox, did get the better of Richmond in the 2018 preliminary final, but have never been good enough to face them at the pointy end of the season again, a couple of unfulfilled years following that performance.

The team that should have been Richmond’s fiercest rival, the most capable and fitting, is one the Tigers have not played in a final across 2017-20, despite this team making finals in all four of those years.

West Coast are that missing team, one that hasn’t fulfilled their promise.

After finishing eighth in 2017 and winning an after-the-siren elimination final against Port, the Eagles were set for a premiership assault in 2018.

A flying start to the season for both clubs saw them take a 7-1 record into their Round 9 clash in Perth, a hotly anticipated game. West Coast dazzled and completely dismantled Richmond’s pressure game with their precise and penetrating kicking, almost doubling the Tigers’ marks as they controlled proceedings.

With Richmond not holding up their end of the bargain to force a re-match in the 2018 grand final, the Eagles won their flag, and the scene was set. 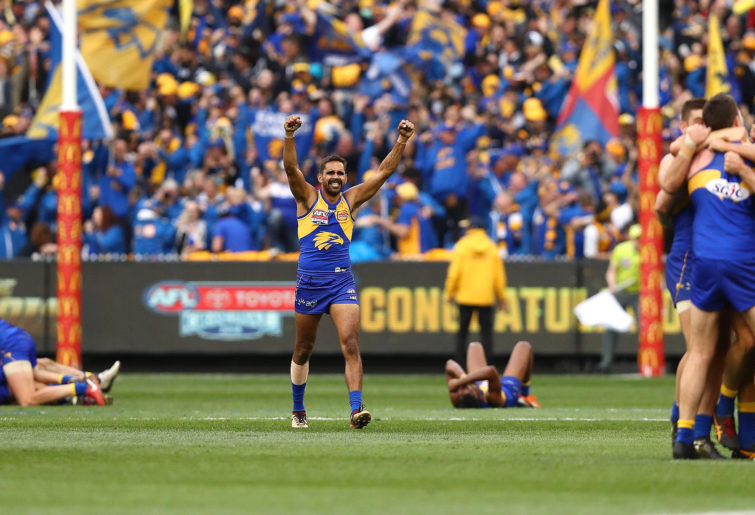 Entering 2019, they had one flag each from the previous two seasons and were set up as worthy challengers.

The two best key defenders in the game in Alex Rance and Jeremy McGovern. The best dual key forwards with Tom Lynch and Jack Riewoldt, as well as Josh Kennedy and Jack Darling. Rebounding defenders and dangerous small forwards. Midfields of depth and quality.

But also, and the great rivals need this, contrasts. West Coast with their kick-and-mark game, Richmond with the swarm and pressure. Eagles with a star ruckman and the best tap-artist of a generation, while the Tigers opted for workhorses and place little premium on clearances.

Further whetting the appetite was the fact that they weren’t scheduled to meet until Round 22 in 2019, 15 months between meetings, and the lead-up was intense. Both were in the top four. Richmond had won seven in a row. West Coast had won seven of their last eight. Most suspected they were the best two teams in it.

The match was one of those rare occasions that exceeded expectations, delivering a home-and-away epic, declared the best game of the season by any that saw it.

Lynch, Kennedy and Riewoldt traded goals in the finals stanza, with Richmond finishing six-point victors and keeping their top-four hopes alive. The term ‘grand final preview’ was thrown around freely.

History records that this game took more out of West Coast than it did their opponents, the Eagles somehow losing to Hawthorn at home to close out the season and fall from third to fifth. They couldn’t even get past the second week of finals – at halftime of that Richmond game they looked every chance to finish on top of the ladder.

West Coast and Richmond were both slow out of the blocks in 2019 and picked up momentum through the middle part of the season. The Eagles were in the four after Round 13, with a game in hand on all of their fellow top-eight rivals, yet once again failed to close the deal.

Ironically, it was the Tigers who derailed them in Round 14, again a loss from which West Coast never recovered. For the third time in five seasons, they missed the top four on percentage only and this time suffered an elimination final loss.

It’s remarkable to think that the Eagles went backwards with the addition of Tim Kelly, while the team that lost him went forwards.

Whichever way you look at it, one top-four finish from 2016-2020 is an underwhelming result for West Coast. A bit more resilience here, a bit more steel there and they could have built on their 2018 flag with one of the great rivalries of the age, and potentially added another trophy to their cabinet.

Until then, Richmond stands ahead of all others, waiting for a challenger that can test them – over four quarters of a game, over the course of a full season, and in the heat of finals.