All of us at one time or another have dreamed of being an Australian Test selector.

Naturally, we all know better than those in the job so based on that I thought I’d have a go at putting together my Test team based on the Sheffield Shield games played so far this season. Granted it’s only four matches, but I think enough players have shown some good early form to create a pretty competitive side.

My criterion for selection is pretty obvious. Guys who are not playing Shield cricket right now, aren’t eligible and that includes Victoria, as they are yet to play a game.

Where I think a couple of guys are pretty equal, but one has played Test cricket previously, I’ve gone with the Test player. So Tim Paine, for example, gets the nod ahead of Josh Inglis, even though Inglis scored a terrific maiden Shield hundred and is in good form with the gloves.

Cameron Bancroft is one of only three players in this team not to have a scored a first-class hundred so far this season, but he’s still been very solid, making 23, 71 and 46. More importantly, he and Sam Whiteman have got Western Australia off to very good starts of 106, 31 and 60, which have set up the innings nicely for the middle order. 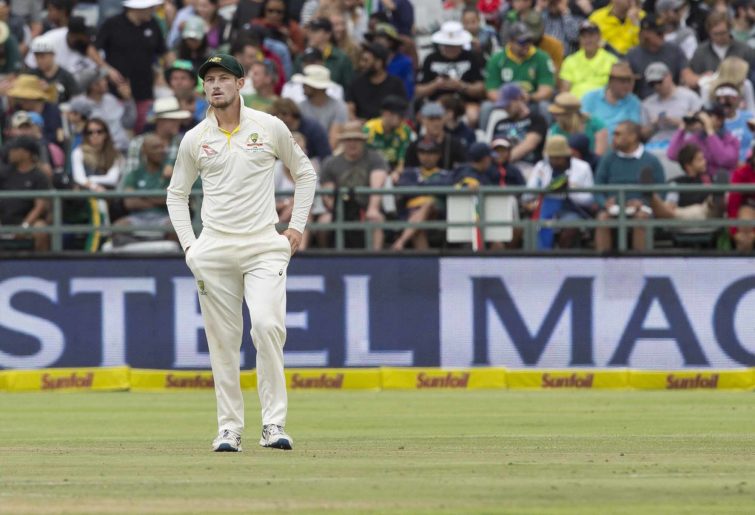 Whiteman has been sneaky good with the bat. In his last four first-class games, he’s scored two hundreds and three fifties. Just this year alone, he’s made 65, 18 and 114, with the low score a result of his trying to up the run rate to allow a declaration. He could be a bolter for a Test slot if he continues in this vein of form and Joe Burns doesn’t get some runs soon.

Marnus Labuschagne seems to have picked up where he left off last summer. He looked scratchy early in his only innings so far and probably should have been out for under 30, but once he got going, he looked in seriously good nick.

Ditto with Travis Head’s form. He must have been disappointed with the start to his summer before that last knock of 171 not out showed his true class.

Both Moises Henriques and Cameron Green played two excellent innings in the same game. Both batted at 4 for their respective teams, but in this Test side, they’d bat no higher than 5 or 6.

I’m sure selectors would love to see both these guys continuing with to make runs, but also getting through some overs. Green is being managed carefully, so he may or may not bowl this season while NSW also needs Henriques to stay healthy, which could mean he doesn’t get through a lot of bowling.

Agar, Neser and Abbott pick themselves, given each has taken a 5 for on pitches that have been pretty docile. All have made handy runs for their respective teams and two of those innings have contributed significantly to victories.

Peter Siddle was my last choice, simply because he’s been there, played Tests and is still one of the most economical bowlers around. He’s lost a yard or two of pace but is still charging in for Tassie.

His 78 overs to date have cost him 154 runs at an average of 1.97 runs per over, which is quite outstanding given how his team has fared in its first two games.

The real selectors aren’t likely to make too many changes to the current XI, but there have been some pretty impressive performances already this season. In particular, it would be great to see some of the batsmen have 1000 run seasons to really put pressure on our Test guys to perform.