However, there is no room for error in the Premier league as we have seen many points dropped very early in the season.

Currently, the league leaders Everton are only three points removed from ninth placem demonstrating how close the league is early on. More dropped points for every team could be costly for later in the season.

With that in mind, there are plenty of mid-table clashes where three points will come in very handy and could propel teams towards the top.

With Sheffield Utd versus Manchester City and Spurs versus Brighton there should be overwhelming favourites for those games. With the current trajectory of the season, there may be surprises, however.

Additionally, Fulham versus West Brom will be a vital battle for relegation purposes early on. But the main attraction will be the rest of the games where teams try to maintain ground with the top of the table. Here are the games that you need to watch out for:

Wolves versus Crystal Palace: Saturday, 7:00 am (AEDT)
Both teams sit next to each at eighth and ninth place on the ladder. There is a real chance here for them to make a massive jump up the ladder.

Crystal Palace had their best performance of the season against a struggling Fulham side since they defeated Manchester United earlier. Wilfried Zaha is in hot form with five goals for the season. Meanwhile, Wolves have struggled for goals outside of Raul Jiminez but have been grinding out results keeping three clean sheets.

This game could come down to whether Zaha and Jiminez can be clinical while getting support from their teammates to create goal scoring chances. The numbers suggest they are two even sides but both teams love to play on the counterattack. This should be a fun yet crucial game for both fans.

Burnley versus Chelsea: Sunday, 2:00 am (AEDT)
Chelsea head into Turf Moor in what should be a physical and tight game from Burnley. Burnley played Tottenham tough and made Spurs earn all three points. Sean Dyche clearly has a game plan at home against the stronger attacking teams and it shouldn’t be a surprise to see them employ what they did against Spurs.

Frank Lampard will be looking to see his team bounceback after they have been held scoreless in back to back games from the Premier League as well as Champions League.

Meanwhile, any error that Chelsea makes will be pounced on by Burnley. Should Chelsea give up set pieces to Burnley in key areas, Chelsea’s defence will certainly be tested also. Overall, this is going to be a manager’s battle and how Chelsea can overcome Burnley’s game plan will be intriguing to watch. 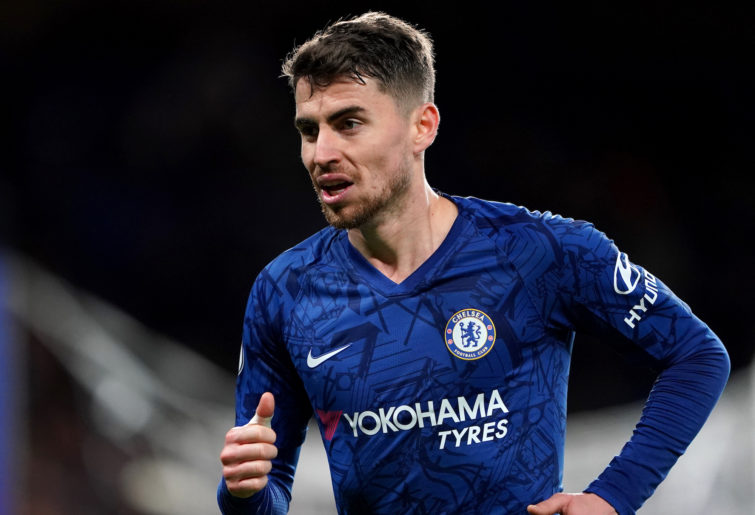 Liverpool versus West Ham: Sunday, 4:30 am (AEDT)
The light is at the end of the tunnel for West Ham as their difficult stretch of games is coming to an end after Liverpool. The Hammers should be proud and have done extremely well four straight Premier League games. They’ve showed perseverance and determination and have displayed that they can gain points in multiple ways.

West Ham have shown they can score goals but their main job against Liverpool will be defending. David Moyes will be setting up his team to buckle in defensively but play on the counter.

On the other hand, Liverpool continue to rack up injuries with Fabinho going down in the Champions League. While they still are potent in attack especially with Diogo Jota, there will be many questions asked about their defensive line-ups and depth.

If Liverpool wish to repeat as champions, it will be games like this that can count for a lot towards the end.

Aston Villa versus Southampton: Sunday, 11:00 pm (AEDT)
Aston Villa suffered their first loss to Leeds last week. They didn’t play that poorly however as they had some great opportunities through Jack Grealish to have a different result. Nonetheless, Villa now face Southampton who are unbeaten in four straight games.

The key match-up will be Ollie Watkins and Jack Grealish against Danny Ings and Che Adams.

Villa’s defence will need to bounce back to relieve the pressure up front. Apart from their rout of Liverpool, Villa have only scored five goals in four games. Against Leeds, Villa looked vulnerable and were prone to counter attacks as well open passages of play.

This game will be a great showcase to see where each team is in terms of their capabilities. Both teams are in the Top 7 so a win here will do wonders for each side.

Newcastle versus Everton: Monday, 1:00 am (AEDT)
Is Everton coming back down to earth or was their loss to Southampton an outlier of a performance? Carlo Ancelotti will be looking to maintain the top spot on the ladder and hope that Dominic Calvert-Lewin will return to his goal scoring ways.

Last week they were thoroughly outplayed by Southampton and managed only six shots on goal with two on target. They continue to be without Richarlison and now Lucas Digne through suspension.

The concern for Everton was while their starting 11 was strong, could their depth hold up with injuries and suspensions during the season.

Newcastle have been inconsistent so far and you really don’t know what to expect from the Magpies. Callum Wilson has delivered since joining the team and Karl Darlow has been busy leading the league with 31 saves so far.

Everton should ultimately have enough talent and creativity to secure a win, but it won’t be easy for the Toffees.

Manchester Utd versus Arsenal: Monday, 3:30 am (AEDT)
These two clubs sit at the bottom half of the table and will desperately be looking for three points here. Arsenal are reeling after suffering their third loss of the season while Man United will be disappointed not to have won against Chelsea.

United is arguably in better form after dispatching Newcastle and defeating PSG in the Champions League. Arsenal fans will be hoping Pierre-Emerick Aubameyang can end his goal scoring drought of five games.

This is a game that will be decided by the managers based on their tactics and how they line up. Additionally, the battle of the midfield will be key with match-ups such as Bruno Fernandes versus Thomas Partey.

Can Arsenal overcome their woes on the road against the ‘Big 6’ teams? This should be a much more interesting game than what United had last weekend

Leeds versus Leicester: Tuesday, 7:00 am (AEDT)
Jamie Vardy was the super sub that won the game for Leicester against Arsenal. He will be up against an in-form Patrick Bamford who grabbed a hat-trick against Aston Villa and sits on six goals equal with Vardy.

This should be a fast-paced, entertaining game from both teams looking to get forward. The Foxes stayed back against Arsenal and pounced whenever they made errors. Don’t be surprised to see a more aggressive Leicester side against Leeds. 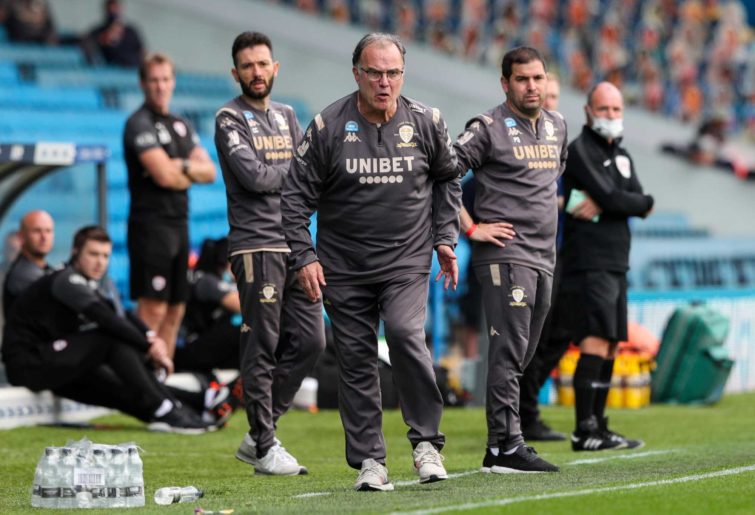 Leeds United manager Marcelo Bielsa shouts instructions to his team from the technical area during the Sky Bet Championship match between Leeds United and Barnsley at Elland Road on July 16, 2020 in Leeds, England. (Photo by Alex Dodd – CameraSport/Getty Images)

Leeds can certainly make teams pay and their brand of expansive football is just a treat to watch. While Bamford gets a lot of praise, their midfield can’t be overlooked. Rodrigo looks to have settled into a role playing behind Bamford while the midfielders of Jack Harrison, Mateusz Klich, Helder Costa have contributed on both ends of the field.

This is another top of the table clash that can have massive implications to propel either team to the top of the ladder.