The story of the rise of cricket in Pakistan begins with the 1992 World Cup victory. Here, national team cricketers became victims of controversy. The differences between Imran Khan and Waqar Younis are still part of history. Even today, the question is circulating as to what happened to Waqar Younis, who was not playing with the squad.

Intikhab Alam
Alam is currently associated with the Pakistan Cricket Board in one form or another. In the nineties, when the finger was being pointed at the national team regarding match-fixing, a name was constantly associated with Pakistan cricket: former captain Intikhab Alam. The matter cooled down after the PCB was unveiled, but it still resonates today.

Wasim Akram
Wasim Akram is considered one of the best fast bowlers in the world. But during the 1993 tour of the West Indies, captain Akram, vice-captain Waqar Younis, Aqib Javed and Mushtaq Ahmed were found drunk on the beach.
The captain abruptly withdrew from the World Cup quarter-final against India. This incident calls into question Wasim Akram’s illustrious career.

Ejaz Ahmed
Ejaz Ahmed’s cricket career also looks great. He scored many centuries among many extraordinary performances, but when the PCB investigated, his name came to the fore. Forgetting this, he was given a job in the cricket board but his other teammates are still in exile.

Saleem Malik
Saleem Malik, a key batsman in the 1992 World Cup, also won many awards. But when he was accused, he did not even bother to respond. Pakistan’s independence tribunal held him accountable like the ICC, but he is currently in talks with the Board for his son’s entry into the team.

Mushtaq Ahmed
Mushtaq Ahmed was such a great spinner that there was no one else like him in his time. He was given a lot of respect. After Justice Qayyum’s report, he was fined and banned, but he later rejoined as a coach. He also coached England.

Shahid Khan Afridi
All-rounder Afridi set several batting records and was also a prominent bowler. From tampering with the pitch during the Faisalabad Test against England to chewing the ball in front of spectators during the match in Perth, Shahid Afridi has done everything that those who call cricket a gentleman’s game would never have imagined.

People would have forgotten the beating of the spectator in the stadium in South Africa if they had not attacked the fans at Karachi airport. 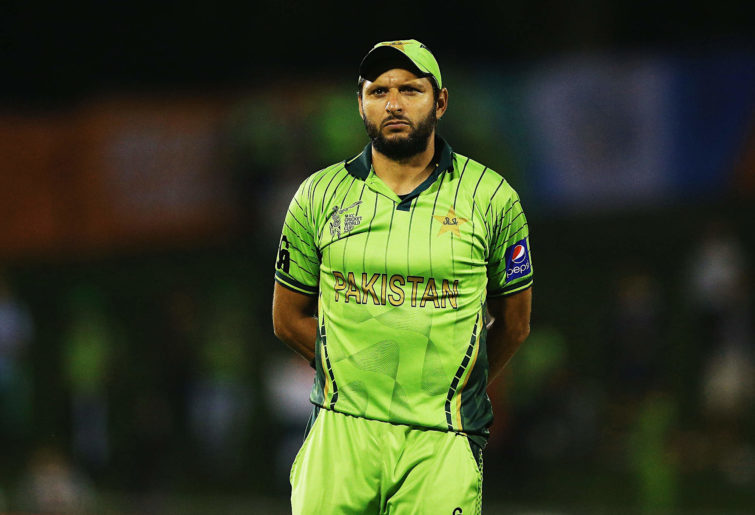 Abdul Rehman
Abdul Rehman also earned a lot of respect, but was caught in England in 2012 for allegedly using drugs. In the match against Bangladesh in 2014, three consecutive beamers drowned his career.

Salman Butt
Butt made a name for himself in cricket, but later was reduced to dust. In the Test series against New Zealand in 2009, he dropped Daniel Flynn and raised many questions.

He was made captain during the series against England, but on the same tour, he bowed the head of the whole nation in shame. The doors of the game were closed on them due to spot-fixing. He committed the crime himself, along with credible fast bowling pair Mohammad Amir and Mohammad Asif.

Muhammad Asif
Muhammad Asif also made a name in cricket which is still a part of the game’s history. Many other cricketers, including Sachin Tendulkar and Virender Sehwag, were terrified of facing him.

He was convicted of drug trafficking, as well as match-fixing in 2010.

Muhammad Amir
Muhammad Amir was considered second to Wasim Akram. He did not find weak witnesses like Atta-ur-Rehman and the England Cricket Board convicted him of match-fixing on irrefutable evidence. However, he completed his sentence and returned with the help of the ICC and the PCB.

Zulqarnain Haider
He made his debut during the spot-fixing series against England and had already scored 88 runs in the match. He flew to England to seek asylum after allegedly receiving death threats when he failed to lose the fourth ODI against South Africa in 2010.

Nasir Jamshed
Nasir Jamshed was caught cheating in exams and jailed, but was selected in the team. He confessed and then recanted that he had introduced a bouquet to Pakistani players.

In February this year, he was sentenced to 17 months in prison for spot-fixing and has now challenged his deportation from London. He has been banned from participating in cricket activities around the world, for spot-fixing and inciting other players in the Pakistan Super League.

In the last few years, there are dozens of players in the National Twenty20, including Umar Akmal, Mohammad Irfan, Sharjeel Khan and Khalid Latif who have been convicted, but they are still in touch with the PCB in one way or another. No one knows how long this will continue.