Mitchell Starc is confident fellow pace aces Cummins and Hazlewood will be ready to fire for the Test summer despite their lack of red-ball cricket.

Starc will play his first long-form game in almost ten months when he lines up for NSW in their Sheffield Shield clash with Queensland in Adelaide, starting Friday.

The 30-year-old is also expected to feature against Tasmania in a Shield match starting on November 8.

But it’s a different story for Cummins and Hazlewood, who are plying their trade in the IPL and are unlikely to play any red or pink-ball cricket before the four-Test series against India gets underway in December.

Instead, the star duo will feature for Australia in the three-match ODI and three-match T20 matches against India.

David Warner and Steve Smith are in the same boat.

National selector Trevor Hohns said it was unlikely the quartet would feature in the two Australia A matches against Indian outfits before the Test series, with a rest the more likely option.

Despite the compromised preparation, Starc believes Cummins and Hazlewood will be well prepared.

“We’ve had different lead-ups to summers gone by. We’ve all been parts of lead-ups when we’ve had no Shield cricket, or one game or three games,” Starc said.

“Josh and Pat have been around for a long time now and know how to best prepare for the forms they have to play.

“They’re not new on the scene, they know how best to prepare themselves for Test cricket, and no doubt they will do the same when they come back from IPL.

“We have a white-ball series prior to the Test series, so they will be back bowling in Australia and no doubt be getting themselves ready for the longer form at the same time.”

He said conversations had already started about making sure players don’t get burned out during the hectic summer that will feature long hubs.

“The guys coming back from IPL, they’ve been on the road for a while now already and they’ll have to do their quarantine and straight back into a white-ball hub,” Starc said.

“And likewise for a few of us over here, we haven’t had too many days at home. I’ve only had 30 hours at home since August.

“It will be more around guys with families and kids, and being able to see them at certain points and what that looks like with border restrictions.” 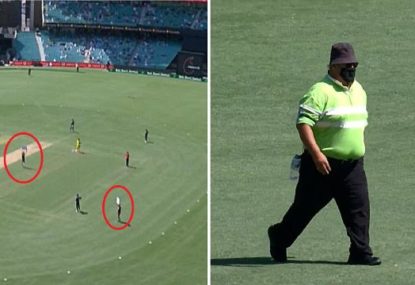 International cricket returns to home shores today for the first ODI between Australia and India at the SCG. Don’t fret if you’re not lucky enough to be in limited attendance for the match, we’ve got all the information you need to watch it on TV or live stream it online. The first game of the […]

The first one-day international between Australia and India is upon us. Where better to host the much-anticipated match than the SCG, where Australia will look to set the tone not just for this ODI series, but the entire summer.

With Australia and India gearing up for six white ball matches in just 12 days, we address five key topics ahead of the international men’s summer.