With season 2020 done and dusted and only the annual State of Origin battle still to be played, many players have hung up their boots for good, several others remain unsigned and more still are heading to the English Super League to see out their careers.

But the endless rugby league production line never stops producing more talent to fill the void of those leaving the NRL.

Here are a few as yet uncapped players you can expect to make their NRL debuts in 2021. There’s certainly some exciting talent among them.

Jack Howarth, Melbourne Storm
The year 12 student from Brisbane Boys College has been signed by Melbourne until the end of the 2022 season. Having represented both the Australian Schoolboys and Queensland under-18s, Howarth looks the goods.

An outside centre in union and a second-rower in league, Howarth is a young giant with the size and pace to make it in the NRL. He has exceptional footwork for his size and a devastating left-arm fend and he hits hard in defence.

He can only improve once he’s inside the Storm system, and I wouldn’t be surprised to see him getting some time off the bench early in the season.

Sam Walker, Sydney Roosters
The Ipswich Grammar product and son of former NRL player Ben Walker has been signed by the Roosters until the end of 2022 after being chased by the Titans, Broncos, Cowboys and Rugby Australia. A Queensland junior representative halfback, Walker has already been mentioned as the Roosters next No. 7 now that Kyle Flanagan has been offloaded to the Bulldogs.

Walker has good vision and knows when to pass and when to run. He likes to take the line on and has a good short kicking game. Having Cooper Cronk around to show him the ropes can’t hurt. He just may get a chance to prove himself in the big time next year.

Matt Feagai, St George Illawarra Dragons
The 19-year-old has been signed by the Dragons until the end of 2022. A strapping outside back, he represented both the Australian Schoolboys and New South Wales under-18s in 2019. Feagai is a powerful runner who knows his way to the try line. He has good pace for a big guy and is a strong defender.

He will look to emulate twin brother Max by making his NRL debut imminently. We know what happened the last time the Dragons had twin brothers playing in the outside backs!

Lindsay Smith, Penrith Panthers
The 20-year-old St Marys junior has been in the Panthers development program for a number of years and has been signed by them until the end of 2022. Smith is a young giant who hasn’t yet stopped growing and is an impressive middle forward, having represented both NSW and Australia at the junior level.

With the departure of both James Tamou and Jack Hetherington next year, expect Smith to join his young teammates in first grade sooner rather than later.

James Roumanos, Canterbury-Bankstown Bulldogs
Roumanos is a big, hard-running back-rower who has the rare distinction of playing a Test match (Lebanon in 2019) before making his NRL debut. He’s signed on with the Dogs until the end of 2021.

The 21-year-old has represented NSW Combined Catholic Colleges, NSW under-18s and the Australian Schoolboys and will be looking for an opportunity to show his wares next year. The Dogs look to have plenty of depth in the forwards in 2021, but Roumanos has the ability if given the opportunity.

Ben Trbojevic, Manly-Warringah Sea Eagles
The youngest and supposedly most talented of the Trbojevic brothers, ‘Burbo’ has been signed by the Sea Eagles until the end of 2021. He can play either second row or centre, but it’s in the latter position he will make his mark.

He’s represented NSW at both under-16s and under-18s levels and was named in the 2019 Future Blues squad. Trbojevic is big, fast and strong and possesses a good offload and a wicked fend. He can’t be far off joining his famous brothers in first grade, particularly given Manly’s lack of talent in the outside backs. 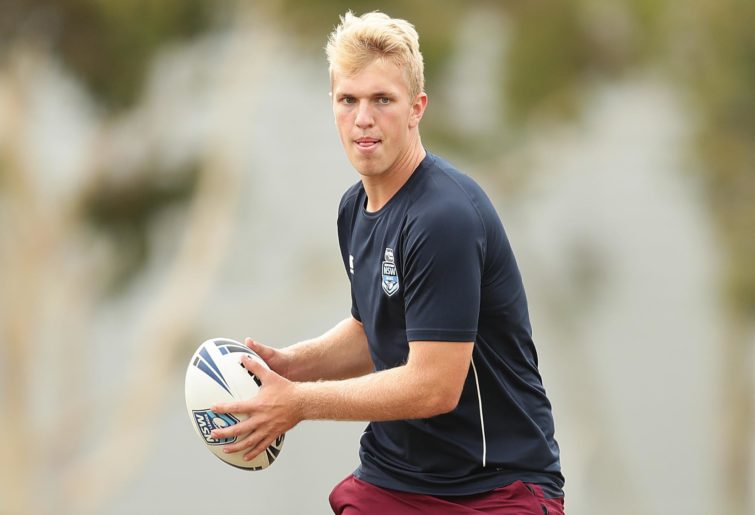 Zac Cini, Wests Tigers
The tall, powerful centre has been signed by the Tigers until the end of 2021 and has the size, pace and footwork to go all the way in the game. A former Australian Schoolboy representative, the 20-year-old is deceptively quick, has a powerful fend and is very difficult to pull down. All in all, a great prospect.

I look forward to seeing him in the Tigers’ run-on team sometime in 2021.

Franklin Pele, Cronulla-Sutherland Sharks
The Sharks just keep coming up with big, hard running forwards and Franklin Pele is no exception. Just 19 years old, Pele has been signed by the Sharks until the end of 2022.

At 190 centimetres and over 130 kilograms, the former Australian Schoolboy would be right at home in the Cronulla pack. How good would it be to see the Pele name on the park in 2021?