Melbourne Cup Day: Tips and previews for every race

It’s Melbourne Cup day again, and boy isn’t the world a different place since we were here a year ago, celebrating in the victory of Vow and Declare?

Some things change, but some things stay the same, and once again we are faced with ten races to try and dissect.

Race 1
A bright early start on Melbourne Cup day with a field of two-year-olds, and there’s nothing like a winner before 11am to kick off proceedings.

Ingratiating is the short priced favourite, and for very good reason after an incredibly stylish win at Flemington on debut. He beat General Beau in that race, who himself is highly rated and was coming off a dominant win at Caulfield.

It would be a surprise if any of the debutants are good enough to take this colt down. Take the short odds and build a bank for the day.

Tips: 1.Ingratiating 2.Marine One 3.Gulf of Suez 4.Own the Night

Race 2
Chris Waller, trainer of Winx, has a great record in the early races on Cup day, and presents the favourite in this 1400m race for three-year-old fillies.

Joviality is the highest rated horse here, and comes out of the best form races, where she has been running well. James McDonald only has to negotiate a tricky barrier and she should be winning.

Twain’s Express has a big finish and will be coming with Joviality down the middle of the track. Pride of Jenni should lead from barrier one and can win if allowed to dictate – will give you a sight at $13. Sweet Reply is ready to win again. 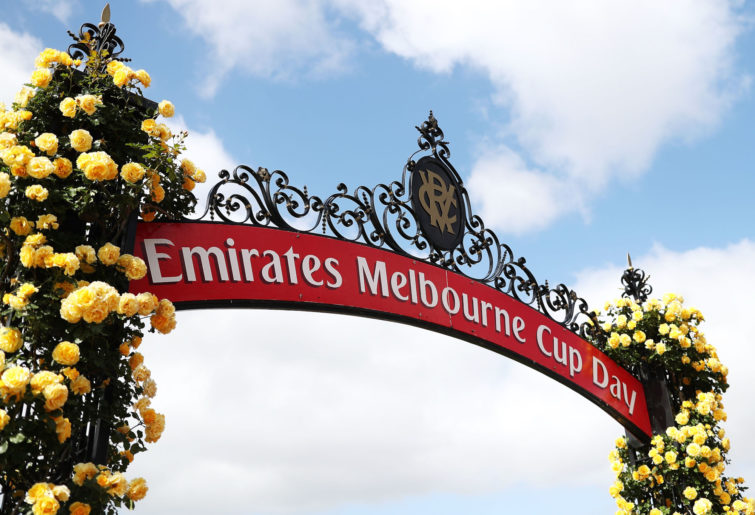 (Photo by Mark Metcalfe/Getty Images for the VRC)

Race 3
In The Gambler, Kenny Rogers sang “you’ve got to know when to hold ‘em, know when to fold ‘em”. He was talking about poker of course, but the lesson can apply at the races too. If we’ve got the money with our first two races, it might be time to grab a bite to eat given we are faced with a very tough 1000m sprint.

Hard Landing has been plain in better races but might enjoy a distance drop. Mr Moppett has a chance coming down from country New South Wales. Alleboom has a spruik, but doesn’t always bring his best. Harlem Blues, Seeress and Echoes in Eternity also have claims.

Race 4
The 2800m race on Cup day is a time-honoured tradition, and brings together stayers that are a few levels below what we will see later in the main race. Some of these horses have a few convictions, so we’re looking for those that are a bit more lightly raced and might still be on the up.

Yonkers is a deserved favourite after breaking through at Caulfield last start, and we’ve spoken about Chris Waller’s record already. Knight’s Order won a Listed race in Sydney last start, but unknown yet whether it was the soft ground that helped, because he won’t find that today. Djukon meets Knight’s Order 2kg’s better from that race and will appreciate good ground. Again, Waller. Yulong Rising is ready to breakthrough at an attractive price.

Race 5
Another race for three-year-olds, but this time over a bit more distance, 1800m.

Ain’tnodeeldun will be the best of the day for many, and will jump around even money accordingly. He’s come into his own in his second preparation once he’s got up to a mile and beyond with two impressive wins in a row. And while we’ve put a few favourites on top so far, it’s time to take one on here.

Acrophobic is the one that can win this race. Put a line through his last start based on the wet conditions, which he’s proven in the past he doesn’t like. Back on a dry deck here, all his other form is good enough for a race like this, particularly his Stan Fox run behind a very good horse in Peltzer.

Race 6
Getting into the meat of the Flemington program now, with bigger fields and therefore harder to find a winner. It’s where we’ll start to look for a bit of each-way value to outlay on.

Groundswell is the favourite, and has been very good up on the pace with two wins in the row, but has quite a bit of weight to carry from a wide barrier. It’s hard to escape the idea that Outrageous has been set for this race first-up – Flemington 1400m on a good track is a lovely scenario for him.

Pinyin has been in form and drops back in grade, ready for another crack at seven furlongs now. Titan Blinders is a huge price, but has been chasing some very good horses and could give a few a fright from up on the speed.

Race 7: Melbourne Cup
Have a read of my preview of the race that stops a nation! 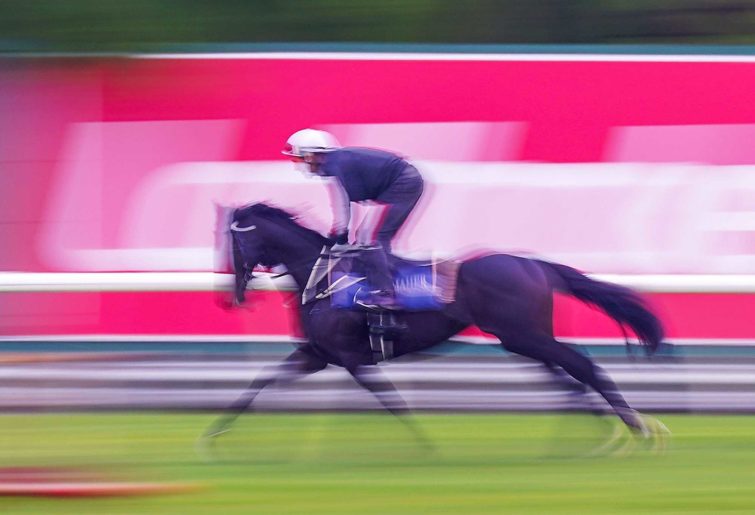 Race 8
The Melbourne Cup has been run and won, and hopefully we’ve had a win, but that doesn’t mean we can’t still add some more yeast to our betting accounts.

Harbour Views appeals as the each-way special of the day, dropping back in grade after taking on the best of the best in the Underwood Stakes and Caulfield Stakes, and running competitively while being outclassed.

He never runs a bad race, is attractively weighted, and is a winner up to 2000m so will be strong at 1800m here. Barrier 7 should allow Kerrin McEvoy to either box seat or slot in midfield with some cover.

Race 9
A typically tough mares Group 3 greets us on the penultimate race on Cup day, and there are few you couldn’t make a case for.

Fabric is a consistent mare that brings together the Melbourne Cup-winning combo from last year in trainer Danny O’Brien and jockey Craig Williams. She is the best value play for each-way punters in this race, and is well up to this level.

Lyre is a Group 1 mare, but has forgotten how to win. Cordilla is a 1400m specialist that we haven’t found the top of yet. Wild Vixen and Music Bay fought out the finish at Geelong last start, and will get their chance.

Race 10
After a long day on the punt, we reach the last and the VRC have seen fit to throw a straight race with up to 15 runners our way.

Yao Dash is the most lightly raced runner in the field, and creates an incredible amount of interest. In his debut campaign a year ago, he claimed the scalp of the high quality Funstar before running fourth in a hot Golden Rose.

All sorts of things went horribly wrong in the Sydney autumn where he may also have resented wet tracks. If he is here to win, with even luck he will.

One More Jack is a South Australian winning machine that is ready for the big smoke now. The Astrologist is another up-and-comer ready to announce himself. Exhilarates is a quality mare that always improves second-up. William Thomas is ever-consistent but has never won down the straight and is more of an 1100m specialist than 1200m.

Good luck to all who are having a punt, especially in the race that stops a nation. It’s never less than an exciting day, and a true celebration of our sport.