Happy Cup Day all, with a particular shout out to you Vics down there.

Hope you enjoy the public holiday and back a winner (maybe I can help you with that).

Good weather and looks like we’ll have a firm track.

I’ll start with the big one but also have a run down of other races throughout the day for those enjoying a longer session listening to Bruce.

For new players, I tend to run with 15 units per Saturday, it allows me to keep a continual tally across the year – still in front – and it allows you to gauge my confidence.

Melbourne Cup selections
Race 7 – Melbourne Cup: 18/21/15
18) Ashrun (one unit): Landed with Ashrun for the Cup, he’s the import I’m most confident will run out the two miles, the firm surface is ok and, following a disappointing Geelong Cup effort, his win in the Hotham on Saturday was very good coming from stone motherless and carrying a big weight.

Has drawn a wide barrier but would have gone back from the start in any case.

21) Tiger Moth: Another one who’s drawn a terrible gate, Tiger Moth is the potential star, very lightly raced but form around Santiago ties in with Stradivarius, that’s A-1. In beautifully weight-wise, queries are no runs above 2400 and this being only his fifth start. Very interesting runner.

15) Russian Camelot: I have Russian Camelot as the best local runner, he’s been great all preparation building up to this, including a nice third in the Cox Plate. The only time he’s got anywhere near this trip he dominated a South Africa Derby over 2500 metres, which gave the impression he was a Cups horse.

Comment: Great edition. Could be a case of betting wide and betting often. Other than my top three, I think Miami Bound is a good show, Sir Dragonet is in the mix and Twilight Payment might be very good. Good luck, I’ll be sneaking a 5/6/15/18/21/23 trifecta in somewhere I reckon. 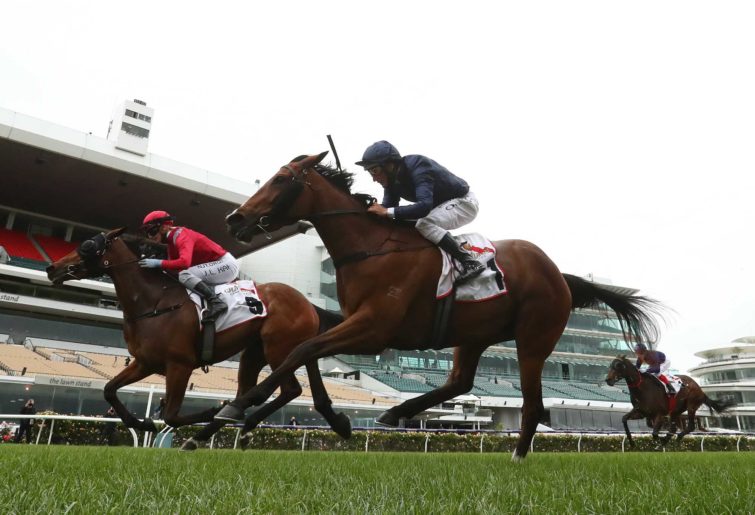 Race 4 – 7 Sin To Win (one unit)
Sin To Win rated on top in the 2800 metre race, he doesn’t win often (more than two years since his latest), but meets Yonkers four kilos better after their last clash and probably wants the extra distance on offer in this as well.

Sweet Thomas can be around the mark if he finds his best.

Race 5 – 3 Acrophobic (one unit)
So apparently acrophobia is when you’re scared of heights. I think this boy is also scared of wet tracks. The dry surface should help and his previous run behind Peltzer was very good.

Race 8 – 8 Harbour Views (four units)
Have Harbour Views as my best the of the day, the irony of a more Sydney-like name winning on Melbourne Day hasn’t escaped me, V’Landys would love it. The horse is stepping back from the very top level into this, I expect a bold showing. The usual suspects (Homesman/Junipal) rate well, while Galaxy Raider is one at longer odds that could bob up.

Race 9 – 2 Wild Vixen (one unit)
Wild Vixen won well fresh and now gets to her preferred trip of 1400. Fabric ticks the track/distance/dry boxes and should go well, Goldifox the best at a big price.

Race 10 – Chicago Cub (two units)
Talk about ticking boxes, Chicago Cub is three from four at the Flemington Straight six and five of his six wins have been on good ground. He’s drawn wide, which is perfect at this stage of the day, think he’ll go well.
Sydney selections – Randwick

Race 7 – 6 Pandemic (two units)
Risking Pandemic on the wet (drying?) surface, I think he’s got a bit on the field here and is nicely weighted to turn the tables on Villami.

Race 8 – 18 Great News (two units)
Finishing the day with the lightly-raced Great News, she’s now won three out of five and should be up near the lead from the good gate. She might be going places. Jay Ford on board always a tick.

All the best and enjoy the day, as always please hit me up with your feedback and Cup tips, particularly trifectas please, looks to be a very even contest.

Dixie’s 2020 tally
Units bet: 432
Units won: 463.80
Stats are based on one unit being equal to a $1 win bet New South Wales dividends. See the comments for any changes based on scratchings or track condition.