Can NSW match Queensland’s dynasty now they're finally all in on Origin?

The simplicity of its tribalism explains why State of Origin is Australia’s greatest sporting spectacle.

It’s 17 men from one side of the border thwacking into 17 from the other. Maroon versus sky blue. Our blokes versus your blokes.

But for the first 30-odd years of the interstate skirmish, there was a lingering suspicion that the tribe south of the Tweed cared about the whole thing just that little bit less than the mob up north.

Well, at least until Queensland force-fed New South Wales a taste of what it’s like to be the perennial underdog.

Queensland’s eight series wins in a row between 2006 and 2013 injected Origin with a crucial new ingredient. NSW were cast out into a seemingly never-ending nuclear winter, while the Maroons dined out on one of history’s greatest eras. Mal Meninga strung together so many conquests that Alexander the Great wept with envy.

NSW hit rock bottom during Queensland’s clean sweep of 2010, following the downbeat Graham Murray epoch and the confusing Craig Bellamy years. The best club coach of the modern era was shackled by head-scratching selection committees and a dearth of talent while his Storm stars — Cameron Smith, Billy Slater, Cooper Cronk and Greg Inglis — formed the core of Queensland’s Harlem Globetrotters.

While the Blues subsisted on the occasional second-half comeback or dead-rubber win, the Maroons gorged on a string of emphatic triumphs. Queensland became NSW’s white whale, a leviathan to slay, the All Blacks to the Blues’ Wallabies, routinely beating the underdog into submission. 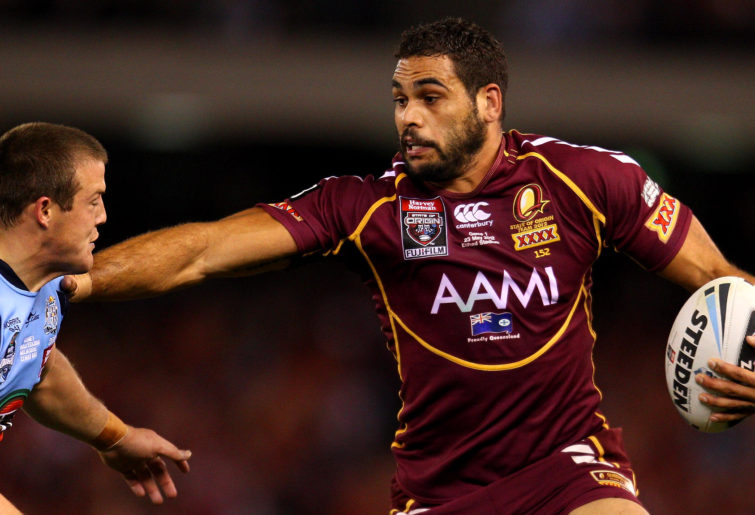 Queensland lit a fire under NSW that has brought Origin into a new era.

While interstate clashes were always something special, their place on the calendar was questioned in 2006 after the victorious swan songs of Brad Fittler and Andrew Johns the two seasons prior.

After three straight series wins, NSW’s appetite for Origin waned to the point that thousands of empty seats witnessed Brett Finch’s match-winning field goal in the 2006 opener. But as Brett Hodgson’s wayward pass invited Darren Lockyer to clinch that year’s decider, a Maroons dynasty was born.

Ricky Stuart revived the tribal nature of Origin when he assumed the clipboard in 2011. Although he didn’t deliver the drought-breaking win Laurie Daley eventually did in 2014, he brought a spark — a sense that we’re not going to cop this anymore.

State of Origin now finds itself in a state of reversal. The power balance between the two foes has gone back to the future.

Coming in from the cold, Freddy’s baby Blues are ready to reign supreme with riches of talent backing up from consecutive series wins. Meanwhile, Queensland have readopted their traditional position of underdog battlers, picking fringe first-graders to make up the numbers and sticking it to the southerners who think they don’t deserve to be there.

NSW are better set than they were in 2006. After having their noses rubbed in the dirt for the best part of a decade, there’s no risk of complacency or the concept being labelled dead or a distraction.

Origin now means more to Blues supporters who suffered through eight in a row, elevating the rivalry to a new level.

To Adelaide, and Fittler’s squad is stacked with big names in hot form. All bar three of the New South Welshmen played finals footy and the trio that didn’t are ultra-reliable forwards Jake Trbojevic, Payne Haas and Tyson Frizell. Four of the top five Dally M vote-getters fill the back-line.

On paper, this series is the Blues’ to lose. But rag-tag Queensland teams defying the odds is the very essence of Origin.

This Queensland vintage isn’t quite Fatty’s Nevilles of 1995 — Cameron Munster and Josh Papalii, the game’s premier five-eighth and forward respectively, make sure of that. But the Maroons’ depth will be examined under the spotlight of the Adelaide Oval lights.

Queensland’s unfancied team sheet isn’t the only parallel to that famous series 25 years ago, when the Super League war sliced through Paul Vautin’s playing stocks. No series since has been played in such turbulent times as this pandemic-pummelled 2020 edition.

For many of Fatty’s Nevilles, the ’95 series opener was the biggest game of their careers. For many of the class of 2020, Wednesday evening in Adelaide is too.

Brimson is the one to watch. The star of a Titans club normally consigned to the off-Broadway TV shifts at 3pm Saturday or 6pm Sunday, the 22-year-old hits the prime time deputising for Kalyn Ponga.

Will he help Queensland spring an upset of 1995 proportions? Who knows.

The only thing for certain is that the tribe south of the border care about it a lot more than they did a generation ago.