My Six Nations team of the tournament

The disrupted 2020 Six Nations finally came to a conclusion last Saturday, with England claiming their third championship in five years under Eddie Jones.

France showed they’re back, Scotland and Ireland are works in progress while Wales and Italy have a lot of work to do before the Autumn Nations Cup. Here I pick my form team of the tournament.

1. Rory Sutherland
He has been right in the mix of Scotland’s forward play development. They are becoming a scrummaging force with some real mean forwards emerging. Sutherland was very consistent in defence too, and a standout performance against England in rainy and windy conditions in Edinburgh was encouraging for a potential Lions starter.

2. Julien Marchand
He is one of the many Frenchmen in this team. A young debutant, Marchand was thrown into the deep end but has been phenomenal for France and Toulouse. He marshalled the French lineout and was brilliant with the ball in his soft hands.

3. Kyle Sinckler
He picked up from where he left the last World Cup cycle as one of England’s mainstays. Sinckler’s scrummaging is top grade and is steadily improving. Like many front rowers nowadays, Sinckler has delicate hands and runs some brilliant lines.

4. Maro Itoje
He has to be considered for the Lions captaincy. This man is a freak with his large engine in defence and constructing much of England’s set play. Against the most dominant pack in South Africa, Itoje has to be right at the centre of influence for the Lions to have any chance.

5. Bernard Le Roux
He is a consistent player and is often unnoticed. He is awesome in defence and featured highly in the tackling stats this tournament. He formed a great partnership with Paul Willemse and was instrumental in leaving Welsh and English attackers rattled.

6. CJ Stander
Stander picked up some of his early Ireland career form with some devastating performances against Scotland and Wales. He is a big ball carrier and utter menace at the ruck, regardless of playing at eight or six. He should definitely be in the Lions’ Test set-up. He will be more than motivated to play against his country of birth.

7. Charles Ollivon
Had Tom Curry played most of his matches at flanker, he may have been here. Even at eight Curry was decent and Sam Underhill was an ironman throughout. But Ollivon captained fantastically for Les Bleus. Four tries and consistent defence earn him a spot in the team.

8. Gregory Alldritt
He was a revelation for France. He has all the potential to become the best number eight in the world and I am looking forward to seeing him come up against the likes of South Africa. Fantastic hands and brutal carrying made him one of France’s best players this tournament.

9. Antoine Dupont
Without question he must be here. He is going to be the best nine very soon. Some say he already is. He is at the heart of every French attack and his tactical kicking game is razor sharp. He and Romain Ntamack may not have complete experience, but already they are looking like the real deal. They are a true joy to watch.

10. Romain Ntamack
Slick hair, slick hands, slick kicking: Ntamack is the future of French rugby. His kicking at goal and in play was fantastic. He formed the axis with Dupont and his performance against Ireland showed he has electrifying pace. He is already one of the premier tens in the world. He will only get better. 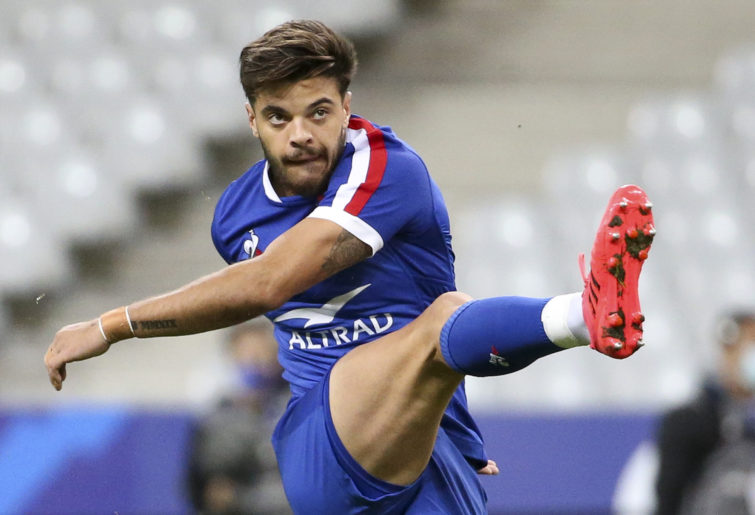 11. Jonny May
His defence is looking rock solid. Without his performance in France, England would not be champions. He did not score as many tries as he would’ve liked, but May is becoming one of Jones’ first names on the team sheet.

12. Robbie Henshaw
He was a rock for Ireland, thanks to heavy carrying combined with very capable defence. He is looking to be a dark horse for Lions selection, however Henshaw has the experience and ability to play at either 12 or 13. He and Garry Ringrose are on the way to building a phenomenal partnership for Andy Farrell’s men.

13. Virimi Vakatawa
He was one of Racing’s premier henchmen and his form from the World Cup was replicated for much of the French campaign. He is not just a firework player. Vakatawa’s defence is solid and not as suspect as his French predecessor Mathieu Bastareaud. He is a cracking player to watch.

14. Gael Fickou
He showed his versatility for France by covering both wing and 12. He has slick hands and quick feet. Fickou is showing more and more of his deep arsenal of talent.

15. Anthony Bouthier
Had Stuart Hogg not made two blunders for Scotland in the first two rounds, he’d be here. However that is some discredit to Bouthier, who showed how smoothly he has made the step up to the Test level. He is very assured under the high ball and has a huge boot. Bouthier is one of the countless finds Fabien Galthie has found in 2020.