The Roar
7th November, 2020
88
Join the conversation
3967 Reads
Advertisement
Write for The Roar

The Wallabies have their first win of the Dave Rennie era, courtesy of their 24-22 victory over the All Blacks in Bledisloe 4.

As always, we want to know how you think each of the Aussies played tonight (and somehow, we reckon these ratings might, just might, make for slightly better reading than last week’s ones).

It was a Wallabies team with a veritable deluge of changes, so there’s plenty to cast a critical eye over here. 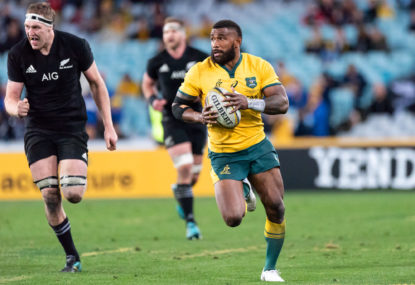 Tom Wright took just over two minutes to score his first Test try, but how did you rate the rest of his game?

Lachie Swinton was also on debut in the back row, and there were new roles for Rob Simmons at lock, Reece Hodge at flyhalf, Hunter Paisami at inside centre, and Tom Banks was added back into the side after missing Game 3.

If you need a refresher on each of the ratings, have a quick read of this guide:

So go on, cast your judgement on each of the Wallabies’ performances in Brisbane, and we’ll tally up the results and publish them on Monday.