One of the biggest racedays on the New Zealand racing calendar is New Zealand Trotting Cup Day and the 2020 edition comes around on Tuesday, with thirteen races, the first getting underway at 9.55am Sydney time.

Down below is a preview for the meeting.

Race One: Think $3.80 is a fair enough price for Humble Ladd. He’s been racing really well at the moment and did a super job with the 40m handicap at Forbury Park last time out when a narrow second. Only has a 10m handicap this time around and I think is clearly the one to beat in the opener. Happy to be on at $3.8.

Race Two: Castelo De Vide is short enough but looks the winner. Hasn’t placed in two career outings, but does look above average and this is a big drop in grade/depth for her. Follows out a market hope so should get the perfect run in transit and although is $1.65, it’s hard to see anything other than a win.

Suggested Bet: Castelo De Vide to win, and a multi anchor if that’s your thing

Race Three: You should get double figures for Jimmy Carter given the horrible barrier draw, but I’m happy to have him as an each way play. He was too good for Humble Ladd at Forbury Parl and I am tipping that form to hold up in the first. Subsequent trial was impressive and he seems pretty reliable as a trotter. Each way for me.

Race Four: The four year old mares do battle here in the first of the features and this is the start of a potential All Star domination. Amazing Dream is short and draws wide, but she is the best horse in the race by an absolute mile. Stunning win at Alexandra Park last time out, clocking a fast mile rate. Couldn’t back her at the shorts, but should be winning.

Suggested: Bet: Sit back and watch a star 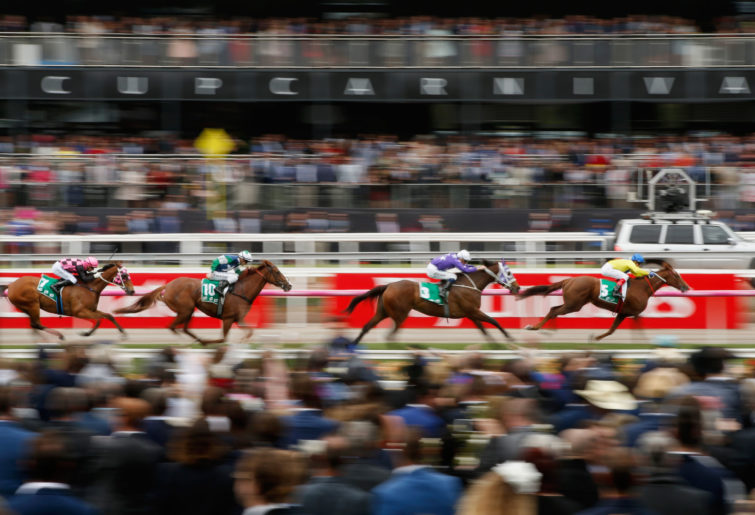 Race Five: Going each way with the pole marker, Fabrizio. Just forget he went around last time out at Kaikoura. That is a track where some handle it and some don’t. He was clearly in the latter. Good record here and drawn the pole, can see Blair Orange hold a forward spot. $7.50 at the time of writing is a touch skinny. Wait and you’ll get double figures.

Suggested Bet: Each way with Fabrizio if $10+

Race Six: Mighty Looee will need luck from the gate, but if he gets things to suit and gets a drag up into the race, his turn of foot gets him home. Just had too much to do last time out but can see him getting three wide cover the last lap and unleashing a powerful finishing burst late. $4+ I’d want before betting up.

Suggested Bet: Mighty Looee if $4+. If not, just watch

Race Seven: There is a couple I want to back here. First one is Majestic Man, who was a dominant winner at Ashburton last time out and draws to lead, proving very hard to get past. The one that is big odds that I could speck 1×3 is the Aussie hope Tough Monarch. He was luckless at Kaikoura and did win this race last year, so at $20+, he is the value despite a tricky draw.

Race Eight: The barrier draw does set it up perfectly for It’s All About Faith. He was game in defeat last time out at Ashburton behind American Dealer, but draws gate one here, so expect him to hold up from there and prove hard to run down. $2.40 is short enough, so I think wait and you’ll get much better come post time.

Suggested Bet: It’s All About Faith to win

Race Nine: Something very small each way via Doc Holliday. Former Northerner who made his Southern debut at Ashburton and I thought was good from a tricky draw when a close up fifth. Draws the pole and has a master in David Butcher to steer. Think at worst, he’ll be three pegs, and at nearly $20, can have something small on him each way.

Race Ten: Alterior Motif is being underrated here I feel. It’s not a strong race and he is 2/2 to start his career, albeit in weaker races at Cambridge, but he has shown versatility, whether it be leading or coming from behind. Reckon David Butcher can come out with purpose from the barrier, find the front and prove hard to run down.

Race Eleven: Last race I’ll look is the big one, the New Zealand Trotting Cup. I think each way, Thefixer will give you a great run for your money. He is near faultless from the standing start, so think he can find the front early and then Bob Butt can decide who he hands up to and get the perfect drag up.

Was very good at Ashburton and I think only runs well in looking to win his second Cup.