How NSW can keep the Origin three-peat dream alive tonight

New South Wales weren’t supposed to be in a must-win position tonight, but for the second year in a row they must force a decider after Queensland shocked the pants off the rugby league world last Wednesday.

The popular notion saw the Blues winning comfortably in Adelaide. Even the more realistic NSW fans expected a win.

And after surviving an initial onslaught during the first 20 minutes as the favourites barely touched the ball, they jumped out to a ten-nil lead and confidence would have been sky-high.

But that all came crashing back to Earth in the second half of the Adelaide Oval’s first-ever State of Origin game.

Wayne Bennett got his Maroons to play to a simple, direct plan and turn the game on its head.

Queensland winning 18-14 wasn’t part of the script at all for Brad Fittler’s side, who similarly lost Origin 1 last year before going to Perth and running on a cricket score in Game 2 to keep the series alive.

But even at home, the challenge of repeating the feat hardly looks like it’ll be easy. And if we are surprised by that, we shouldn’t be. Queensland have been defying the odds for 40 years, with 1995 the standout.

If the Maroons execute the gameplan they employed in the second half of Game 1, they are going to be hard to stop, even if, on paper, the Blues should be the better side.

And NSW were better for a portion of Origin 1 but they failed to adapt to what was being thrown at them and with defensive deficiencies, particularly in the centres, they were vulnerable. 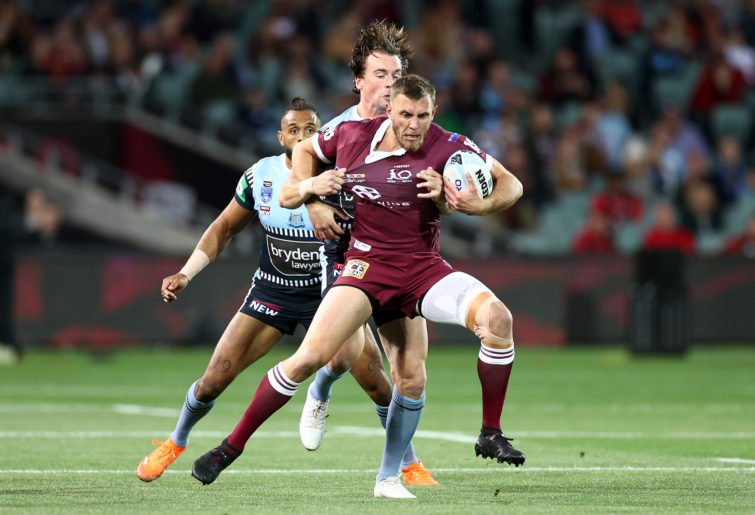 The biggest problem for the Blues appears to be that their biggest problem hasn’t been addressed, despite Fittler making six changes. While Clint Gutherson had some bright moments in a rocks-and-diamonds performance, the fact Jack Wighton survived despite missing as many tackles as he made, and despite both Stephen Crichton and Zac Lomax being in the squad as recognised centres is baffling.

While much of the focus has been placed on Nathan Cleary, the axing of Luke Keary and inclusion of the similarly rocks and diamonds Cody Walker this week, the centres are the real issue.

Kurt Capewell epitomises what Queensland are about and while he is under an injury cloud, the fact he was able to come in for the series opener and do a job on one of the most in-form players in the competition tells you a thing or two about where the mentality of the two sides was heading into the contest.

Gutherson and Wighton hold the key though. Their ball-running out wide must be in a better position to capitalise on what should be a weakness in front of them, while their defensive work must shut down their opposition numbers.

But NSW need to do a lot of other things right before the blame for any potential loss is put on a pair of centres.

The biggest among them is not spending the first quarter of an hour on the back foot. Origin 1 in any other year, where there wasn’t rust, a lack of match fitness and a Queensland team gelling, would have seen the game over before it began.

The Maroons spent most of the first 15 minutes camped on the Blues’ line without success and a lot of that comes down to ill-discipline from Fittler’s side, as well as some average work from their props.

Junior Paulo is, frankly, lucky to get a spot on the bench in Game 2, but it’s Payne Haas who should help to flip the script. The man with the biggest motor in the game, alongside Daniel Saifiti and Jake Trbojevic in the middle third, provides a distinct advantage over Queensland in getting the game off to a good start. 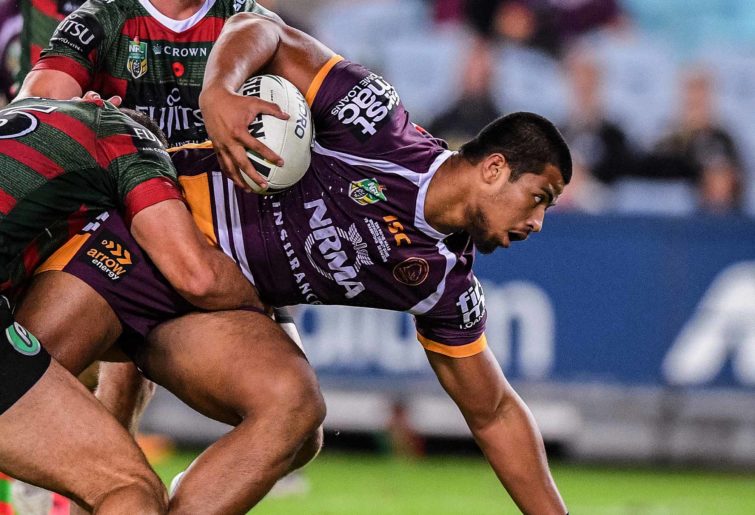 And while the Blues came away with points and a lead in the first half, their style still wasn’t anything special. More minutes from Haas and a better combination in the halves, where Clearly will be able to lead the side as he did at Penrith all year, should pave the way for a more consistent and cohesive team.

What became evident throughout the series opener was NSW’s kicking game and work in the halves just didn’t fit. Luke Keary is a great player, but it didn’t work with Cleary next to him.

Now, Cody Walker can come in and play the same foil Jarome Luai did all year at the foot of the mountains, allowing Cleary to either prove his doubters wrong – or prove them correct.

But if he is ever going to be a big-game player, then at home like this, the odds couldn’t be better for him.

That being said, the Maroons have an outstanding one-two punch in the halves through Daly Cherry-Evans and Cameron Munster, who pack a superb kicking game. So with extra pressure, Cleary will have to be spot on.

And yet, his kicking game and the work of the forwards in playing direct will be the key to the keeping the home side’s dream alive. Fail in that regard, try to go wide too early again or spend the game avoiding doing the hard yards, and Queensland can go back to Suncorp with the series already sewn up.

If the Blues get all the little things right though, and their big names stand up, it’ll be a live decider next Wednesday.