It's time for Arsenal to give youth a chance

With Premier League football now suspended for the international break, we must wait two weeks to see what kind of response Arsenal’s players and manager will have after their debacle against Aston Villa.

Certain players are not producing the types of performances that Arsenal’s fan-base expects, while others are given limited opportunities and take them with both hands, yet they find themselves on the outer of the Premier League squad. Now is the time to make some changes.

Here are the players that deserve a chance when Arsenal’s league season continues.

Nicolas Pepe
This is a no brainer. Willian has failed to muster anything substantial since Arsenal’s opening-day win over Fulham and now it is time to give Pepe a chance on the wing. He has only started one Premier League game so far this season (against Manchester City), has been a sub for six games, and was an unused substitute against Manchester United. However, when he has started in the Europa League, which he has for all three games, he has been productive. In those three games, he has totalled two goals and two assists, which is decent. Last time out against Molde, Pepe got on the score sheet and picked up an assist, so he is in form. Now is the time to give the Ivorian his time in the starting 11.

Reiss Nelson
He is another player like Pepe, who has shown real promise with his limited opportunities, having only made appearances in the Europa League and EFL Cup. In total Nelson has only played five times for the senior squad and when he has, there have been glimpses of his talent, notably against Dundalk when he was nothing short of incredible. There is his pace, his willingness to drive past players, and his ability to terrorise the back four for the entire game. He would have been involved against Molde had it not been for an injury but surely he deserves more opportunities going forward. 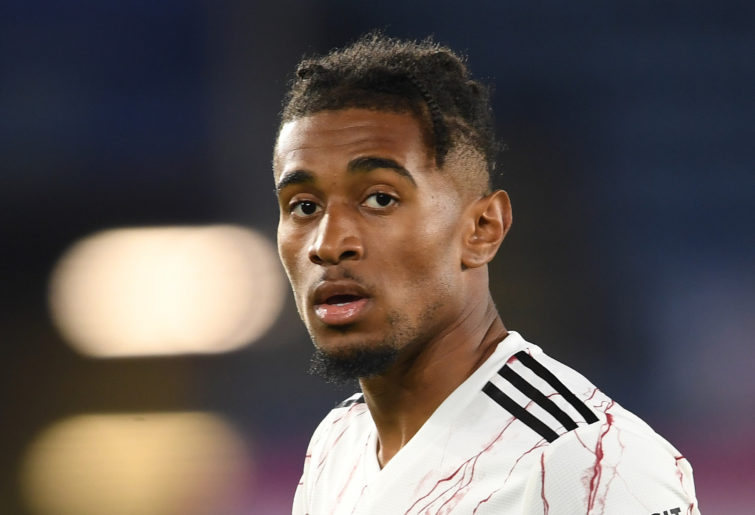 Joe Willock
With Arsenal’s lack of creative ability being glaringly obvious, perhaps it is time for Arsenal’s young Englishman to get a chance at Premier League level. Willock has played in all three of Arsenal’s Europa League games, but only six minutes against Rapid Wein, and in those three games, he has two goals and two assists. In the last two games against Dundalk and Molde, he has been the best player on the pitch, picking up a goal and an assist in both games. Is he the solution to Arsenal’s creative problems? At this stage, who knows? But he gives Arsenal the ability to play a forward pass, be decisive, run at defenders and most importantly create chances for his teammates. Like Nelson, he deserves a chance at Premier League level.

William Saliba
He is perhaps the most frustrating situation for most fans. Many have expected Saliba to get some minutes in at least Arsenal’s EFL Cup games (he was on the bench against Leicester City) but that has not materialised. Instead, Mikel Arteta has been going slow in his approach with the young Frenchman. Saliba has played three times for Arsenal’s under-23s and from all accounts he has looked a class above, despite being 19 years of age. Arteta said this week that he is getting more comfortable in Arsenal’s system, is understanding the terminology, and is speaking English better than when he first arrived, which is a positive sign. His eye-catching performance against Gillingham mid-week – in which his defence-splitting pass led to Catalin Cirjan’s goal – further shows the youngster is getting closer and closer to a debut. Surely Arsenal fans can not be made to wait much longer.

Eddie Nketiah
He is another youngster who perhaps deserves a string of starts in the Premier League. Nketiah has started all three of Arsenal’s Europa League matches and has a goal and an assist to his name and it very well could be more. In total, Nketiah has played 14 games this season (eight Premier League, three Europa League, two EFL Cup, and one Community Shield) but has only started seven times and once in the Premier League. That was a 2-1 win over West Ham, a game in which he scored the winner. All up from his 14 matches, Nketiah has three goals and an assist.

Now let’s look at Alexandre Lacazette’s stats to compare the two. Lacazette has played nine games and like Nketiah has scored three goals but has not scored in his last four Premier League outings, although it is not from a lack of chances. So, with both on the same goal tally and Lacazette going through a rut in front of goal, why not give young Nketiah the chance to lead the line?

With Arsenal’s performances being up and down this year and players like Willian and Alexandre Lacazette struggling to make an impact, it represents the perfect time to give some of Arsenal’s younger players – who have performed well – the opportunity to continue that in the Premier League.

Is it a long-term solution? Potentially for some, it could be. If players are not in good form, then Arsenal should be giving those playing opportunities to those who are, regardless of who they are.

Fans are calling for change amid a somewhat turbulent time at the Emirates, and what better way to do that than by giving Arsenal’s youth a chance and perhaps lighting a fire underneath the older squad players in the process. Who knows, if they do get an opportunity and continue with their current form, those so-called starters might find it hard to get back into the team.

As former Arsenal great Tony Adams once said, “Play for the badge on the front and they will remember the name on the back” – and Arsenal’s younger players certainly deserve their chance to represent the badge and the Arsenal shirt with pride. Now is the time to unleash them.